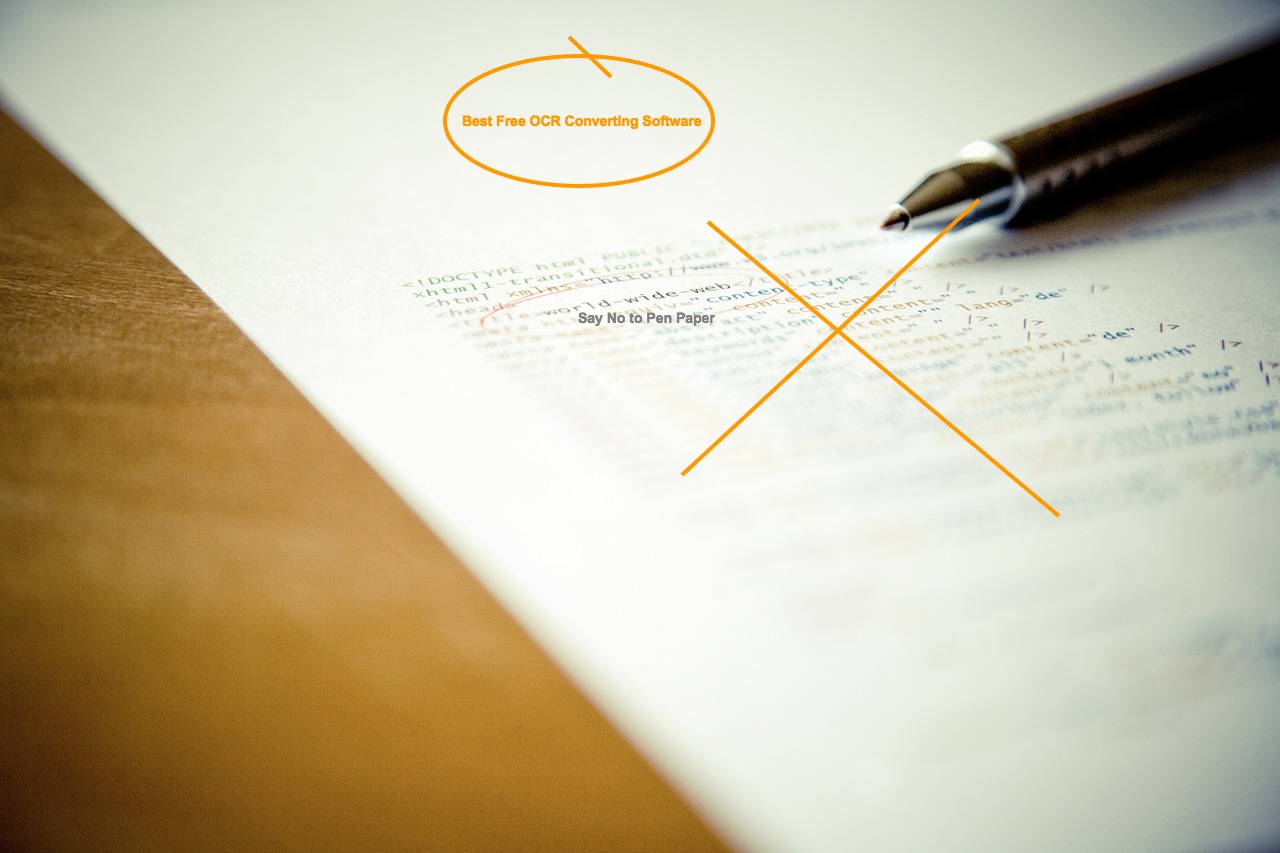 To convert an image into a real text Optical Character Recognition software (OCR) is used. Suppose you have PDF that is in a picture format, jpeg or jpg, and you want to edit text on that PDF in a text editor. OCR program will then be used to convert the image into text.

PDF can be created as a picture or a text file if its an image file then you do not have any option to edit it. Here OCR will convert that PDF image file into an editable text file.

Now you can click a picture on your mobile device and can easily turn the text into that image into an editable version.

Sometime before OCR programs were only available in premium versions, means you need to purchase it to use, but now there are many freeware options available. One thing that has to be noted here is that an image with lower resolutions will have more errors in conversion than a picture with higher resolution. Proper cameras with good resolution will always have better results.

More factors like font size, type of font are also dependable on the conversion techniques. A Google-owned program Tesseract was used and considered as a top 3 rated OCR engines and is still in use. Although it needs demarcation in areas, but it can duplicate anything that has columns and tables. Below you will find the best free OCR software that will make your text conversions to be easy.

FreeOCR is a free Optical Character Recognition tool and uses the latest Tesseract OCR engine-the most powerful engine for this type of software. It’s regarded as one of the most precise OCR engines currently. It supports multi image files and TIFF files of multiple pages. This service can be used to extract text from a supplied image. Moreover, it’s free of cost.

The Tesseract engine was initially developed by Hewlett Packard Labs between 1985-1994. Some changes were made to it in 1996. In 1995, it featured in the top three OCR engines. It supports Windows, Linux and Mac OS X.

FreeOCR can handle images having multi-column text. It supports the following languages-Czech, Catalan, Bulgarian, English, Dutch, Danish, Spanish, Turkish and Vietnamese among others. It handles PDF formats and supports TWAIN devices, such as scanners.

Free OCR has the widely popular double window interface with the settings being easily comprehensible.

Free OCR to word is a software that can recognize the entered text and can save you a lot of time without the requirement to re-type the work which is already written.  The software takes a document, scanned item or image and convert it into a readable, editable and precise Word document. OCR can be downloaded to Word for free. It also permits for zooming along with specification of the portion of an image you require.

OCR to word is optimized to function with any type of scanner and has an accuracy rating of 98%. It has a modern interface which permits to access all tasks in an easy manner. It has rotation functions in case the image does not fit on to the screen correctly.

The software extracts text from captured images with smartphones or digital cameras with a great deal of accuracy and high-quality. The time has come to put an end to retyping-simply scan an OCR.

It’s 100% free and totally safe to be installed on your system, and has an uninstaller. You can remove Free OCR to Word from your system within seconds if you don’t require it any more.

Cuneiform Open OCR was developed by Cognitive Technologies as a OCR solution for commercial use. However, it was released as a freeware eventually. It has an unpolished interface-however, underneath is a great OCR engine. Algorithms used in this software stem from the rules associated to writing letters and do not need pattern recognition learning. It can identify any print font-those that are scanned from magazines, newspapers, books, dot-matrix printer output, typewriter text and laser printer output to name a few.

Cuneiform does not recognize handwritten or even pseudo-handwritten text. It also fails to identify decorative fonts like Gothic. It can save text formatting and identifies complex tables. The software supports text in the following languages-Bulgarian, Czech, Croatian,  English, Swedish, Ukrainian etc. It saves identified text in the following formats-HTML, RTF or plain text.

This is a great program started by Cognitive Technologies to make OCR available for almost all users. The software giant plans to work on a new version of the software as a co-ordinator and investor of the project.

SimpleOCR is a popular OCR software that is free to use and has countless users worldwide. A majority of OCR software have a complicated interface and this is why many users tend to avoid using them. Contrastingly, SimpleOCR makes almost all tasks easy on account of its user-friendly interface and forthright functions. It supports a majority of Window versions and runs smoothly even on hardware which is considered obsolete.

Downloading the software and installing it on your system is a pretty easy task. It tries to recognize text that is handwritten or printed. You can select any of these recognition modes from the window which shows up right after the program is launched. It has a compact user interface and hardly slows down. Text can be imported from a file, .ink file or a scanner. The scanned image appears on the main interface area after you preview it. If you require only a part of the text, simply highlight it after which you just need to click and drag over it.

SimpleOCR is the perfect tool if you want to extract text from a document that is scanned.

When you upload a scanned PDF or an image to Google Docs, find the option which says-Convert text to Google Docs format. Click on it and Google Docs will perform OCR on the chosen file after which it saves it to your account. If the operation turns out to be successful, the text that is extracted will be stored as a new document. If not, the software will store the original image without making any changes.

Google Docs can allow you to perform OCR on PDFs and images as big as 2MB. Also, the text recognition precision is appreciable and there are no restrictions on the amount of files you wish to get processed everyday. However, it can’t retain the initial formatting of your document. With images of low-resolution, the OCR engine very often fails.

It’ s free to use but businesses need to pay at least $5 per month to access this service. 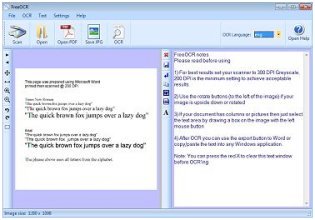 FreeOCR is a free Optical Character Recognition Software for Windows and supports scanning from most Twain scanners and can also open most scanned PDF’s and multi page Tiff images as well as popular image file formats. FreeOCR outputs plain text and can export directly to Microsoft Word format.

Best JavaScript Frameworks and Libraries in 2015