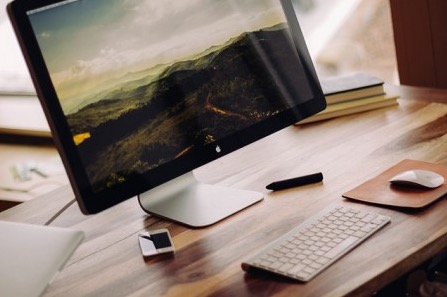 Once you have learned the art of editing a video from software, the next thing would be picking the best computer for video editing. Video editing not only involves editing a premade video but also making or creating a new video. Creating videos on an average computer will take loads of time as rendering and processing of video may take time. Hence, the need for specialized hardware falls in; it means you need to have some special requirements to make video editing fast. So, serious movie makers should select the best hardware.

With the new age technology of 4K videos, you will require a computer that can withstand all the processes and information. Nobody likes to see a computer crashing when you are editing a video. Alternatively, If your computer hangs, again and again, then you have to wait for getting those necessary results after rendering.

If you have that kind of work that require tons of time or maybe your video requires multiple layers of audio, video and graphics, then the only escape is to buy something more professional.

The essential difference between an average desktop and multimedia computer is the better processors, high-end graphics and more RAM. The thing that matters the most while buying a computer for video editing is the screen size, storage space, and the procession power.

Below are a few reliable choices to get you sprung in your hunt for a video editing computer.

Specially built for multimedia projects, Mac is one of the best choices for editing a video. If you have a little to spend or if you increase your budget, choose the 15 inch Retina Display, which comes with an NVIDIA GeForce GT graphics card that make speed up the rendering times.

The performance of Mac with that kind of specs is just incredible, you can encode videos render 3D models in no time. The new 10-bit HEVC hardware acceleration ensures speed in 4k video streaming and compression. The graphics is powered with Radeon Pro GPU and you can render 3D titles in FCP very quickly.

Finally the SSD will ensure your software and apps work in high speed and efficient in power. Huge files and multiple apps can be opened at a speed of light.

This 15.6 inch convertible laptop/tablet is surely a desktop replacement for video editing. The 4k resolution has a crisp details, fresh colors and full HD resolution which arguable is too fine. Plus you also get option for touch screen and stylus input.

It is the fourth generation XPS 15, which has taken many of the design elements of the Ivy Bridge Edition XPS 15 but fixes the cooling/throttling, adds a Haswell CPU and an updated 750M NVIDIA GPU, ditches the optical drive, and on the higher-end SKUs you get an ultra-high resolution 3200×1800 display.

Buyers looking for notebooks in this category expect a perfect design, superior build quality, and lots of power, use it as a Windows-based alternative to Apple MacBook Pro 15. The XPS 15 ships with Windows 8.1 and carries a one-year on-site warranty.

Worth mention is that there are three different models of the new XPS 15 available right now.

The chiclet keys of backlight keyboard are matte black and feature a slightly concave surface area. The 9530 has been criticized for the instability of 802.11ac Wi-Fi.

Currently this model has an issue with respect to an annoying electrical/hissing noise called ‘Coil Whine’. The problem has been reported by a lot of customers on the Dell community forums.

There is no sound input other than digitally, via USB 3 ports. The system has a low-fidelity internal mono speaker.

This computer was designed with professional photographers and video editors in mind, with the 5K resolution allowing 4K video to be played at its native resolution in Final Cut Pro, with room for toolbars on the side.

The HP Pavilion is HP’s elegant and innovative all-in-one workstation with a brilliant, large-screen display. Easily modify and change most components -no tools required. Unleash your creativity with increased performance and world-class reliability. Customize your display with alternative 10-point touch technology in a stunning edge-to-edge glass design.

I hope this article will help you choose the best Computers for Video Editing for your professional needs.