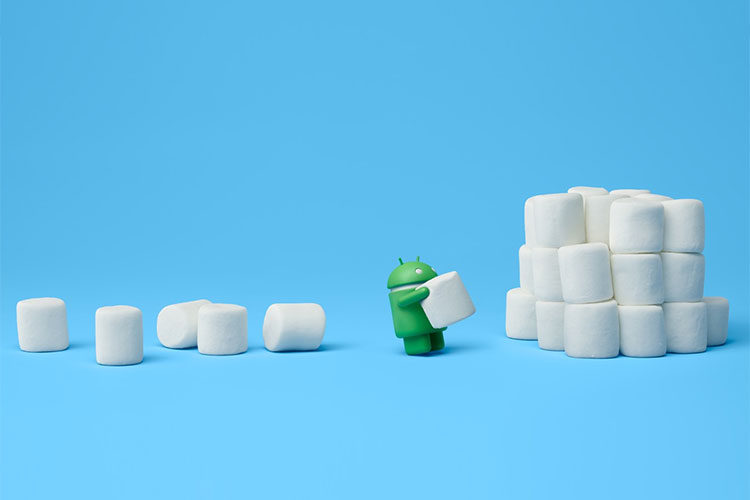 As Google has announced their new phones made with Huawei’s (Nexus 6P) and LG (Nexus 5X) that will run the latest Android OS i.e Android 6.0 Marshmallow.

I am sure many of you might be interested in the features of this new OS by Google. Presenting to you twelve of the latest, new and handsome features of Marshmallow.

Now on Tap: By holding home button you can get assistance without leaving things you are were doing before. So touch and hold your home button.

Voice supports: Now apps that support the new voice interaction service will allow you to have a dialogue. For example you can ask “play some music on TuneIn” TuneIn will respond by asking “What genre?”

Direct Share: you now have this great, fast and easy way to share things to the right person in the right app.

Doze: A really useful feature that put your device into sleep state, so that your standby battery life increases considerably.

Apps Standby : To get your battery life longer all the apps that have been draining your battery before will not have a control with App Standby.

USB Type C support: In minutes of charging you can have hours of power plus the transfer via this new USB Type C is considerable improved and quicker than ever.

Advanced controls to turn permissions on or off for all your installed apps.

Verified boot: when your Android device boots up, it will warn you if the firmware and Android operating system have been modified from the factory version.

Use fingerprint sensors* to unlock your device, make purchases in Google Play, authenticate transactions in apps, and pay in stores.

Smarter text selection, built-in undo/redo, and text actions closer to your fingers.
Text selection actions such as a new Translate option that lets you translate text from one language to another right on the spot. (Note: requires Google Translate app installed)

Save paper with duplex printing support.

App links: enables installed apps to automatically handle their web URLs so you can jump right into the app, rather than the mobile web site, as appropriate.
Easily toggle and configure Do Not Disturb from quick settings.

If someone calls you twice within 15 minutes, you can choose to allow the call to ring through while Do Not Disturb is enabled.

Use automatic rules to enable Do Not Disturb for as many custom time blocks as you like or around events on your calendar.

Simplified volume controls allow you to manage notification, music, and alarm volumes easily from anywhere with the touch of your volume keys.

Streamlined Settings let you manage an app’s settings all in one place, from battery and memory usage, to notifications and permissions controls.

Easily transfer your accounts, apps and data to a new device.
During setup, you can add an additional personal or corporate email account (e.g., IMAP)

Backup/restore of additional system settings such as your Sync settings, preferred apps, Do Not Disturb settings, Accessibility settings and enabled IMEs.

When receiving calls or viewing past messages, you can now see the full work contact details even if you’re not logged into your work profile.

Work status notification: A status bar briefcase icon now appears when you’re using an app from the work profile and if the device is unlocked directly to an app in the work profile, an alert is displayed notifying the user.

VPN apps are now visible in Settings > More > VPN. Additionally, the notifications that VPNs use are now specific to whether that VPN is configured for a work profile or the entire device.

How to Remove Virus from Your Android Device

10 Drawbacks For Naming A City, State Or Country To Google

How to Use a Self Service Car Wash

How to Know How Many Stamps to Use

Tips To Sell A Car Instantly

How to Open XML

Things to consider while choosing a Wireless Headphone