The new Apple iPhone 4 is out and iOS 4 Gold master edition has been seeded to all developers who are eagerly waiting to make feature rich iOS 4 compatible apps.

With iPhone 4 sales already surpassing 1.5 Million mark and Apple opening up a store for iOS 4 compatible apps it is very clear that the future is open for iPhone Game Developers to explore. However game developers need to keep in mind few important iPhone 4 features while developing iOS 4 compatible games.

Few are the important iPhone 4 features which iPhone game developers should not miss out on. 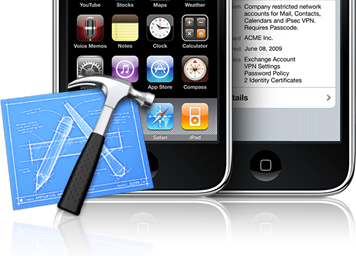 The iPhone 4 features a custom made 1GHz Apple A4 chip which is one of the most powerful processor any mobile device has got. So an iPhone Game developer should leverage on the opportunity and building high performance graphic based games.

Not just the ability to run high performance games but also iPhone’s new high resolution retina display will play all the heavy graphic games which would otherwise need a high configuration gaming desktop. The new Retina display will ensure that even granular parts of the text and character be visible to the user and so your gaming will be like real.

Gaming Experience can be amplified with the combination of gyroscope and accelerator. Both motion sensed gaming and gesture controlled gaming will revolutionize iPhone game development industry in years to come and eventually kill portable gaming consoles.

All these features of the iPhone 4 and developer centric applications like iAds, iTunes Connect Mobile and Game Center App will help developers build more feature rich games and applications and also earn some constant app revenue.