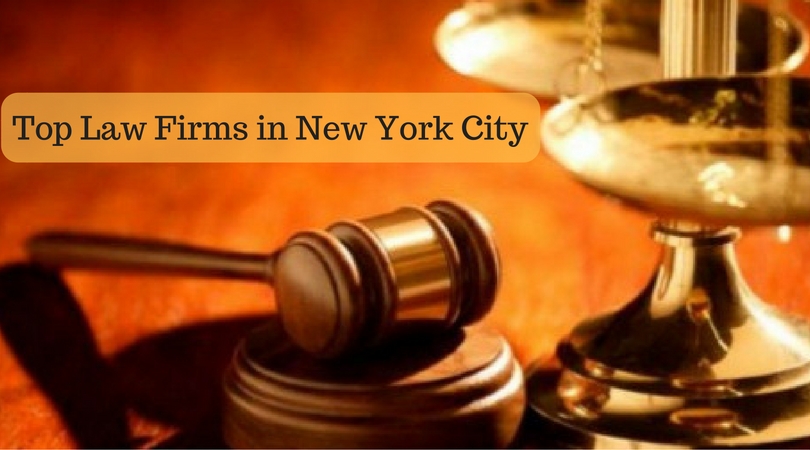 When it comes to legal businesses, prestige remains to be a quintessential point. The favorable distinction of these businesses acts as a great form of advertisement and part of marketing strategy.

This attracts top talent for various best law schools and also attract most gifted legal minds present in the industry to your business. It also provides business in the various form of lucrative cases from well-known clients. Over the past 19 years, Vault.com,  a career resource company has kept on maintaining an annual list of top law firms which are ranked by numerous legal associates which are also rated on the different level of perceived prestige. This company puts out its top-100 and also releases their findings on a regular basis. Here in this article, we have mentioned few of the top entries from the list of top-100 law firms present in the country.

This list is based on responses collected from over 18,000 legal associates who were asked to rate different law firms on a scale of 1 to 10 which is based on prestige as the major factor. The Survey respondents weren’t allowed to rate their own firms and were duly asked to rate the firms they know about. Nothing more than that.

In this list, Cravath, Swaine & Moore tops the list, which is a well-known and renowned institution in the realm of legal firms, which has a history going back to almost 200 years. This firm’s ranking is quite significant as it unseated the 2-spot holder, Wachtell, Lipton, Rosen & Katz, which has remained at number one position for the last 13 years.

According to Matt Moody, Vault’s Senior Law Editor, Cravath has been just behind the Watchell in the recent years. As per him, Cravath is a well-regarded when it comes to M&A and litigation work. Cravath is twice the size of Wachtell which also has a broader array of high-ranked practice areas.

Skadden, Arps, Slate, Meagher & Flom, is positioned at number three. This firm is based in New York City, which remains to be the place of top seven law firms. Also known as “Skadden,” this form specializes in mergers and acquisitions and also has most profitable legal operations present in work today. This firm remains to be the first U.S. law firm to report $1 billion regarding annual revenue.  A first-year employee of this firm earns an average of $180,000 a year as per Vault’s research.

Another high climber in the annual ranking also consists of Gibson, Dunn & Crutcher which has been in the top 20 list for over a period of ten years. This year, it makes a position in upper-echelon which is placed at rank tenth. The Latham & Watkins have climbed to number seven after remaining at tenth position for past four years.

Coming down the list, Washington D.C. based Dentions has jumped many rankings and is ranked at 68th position, rising 9 spots.

Among the new names of the Top-100, this year are Susman Godfrey ranked at 53, Keker & Van Nest ranked at number 90 and many more. Many firms have come down the list. It now depends on the perception of thousands of legal associates which will determine the ranking of top law firms in the country.

Best Toilet Paper Rolls in India for the Year 2020

Best Male Masturbators Available In The Market | The Shopping Guide!

Pawan Apr 4, 2020 0
Movie making is an art, and as we all know behind every masterpiece there are great minds and tools that helped…

Defence Minister Rajnath Singh chairs the meeting of Group of…