10 Inventions that Wiped Out Businesses 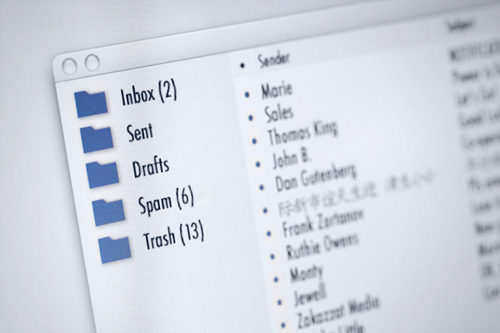 The forward march of technology is both unforgiving and unstoppable. As it mercilessly weeds out the old in favor of the new, once-beloved products and services become less favored by consumers, while others simply become obsolete.

It’s always been this way. The horse and buggy was once the dominant means of travel for Americans, but once the automobile was invented formerly solvent buggy makers found themselves out of a job.

This dynamic repeats itself whenever an invention comes along that significantly improves on a previous one. It’s particularly true when the invention offers convenience and ease of use. What follows is a list of products and services that became so indispensable to consumers that they instantly lost interest in their previous favorites.

What are some inventions that killed other products and services? lets find out. 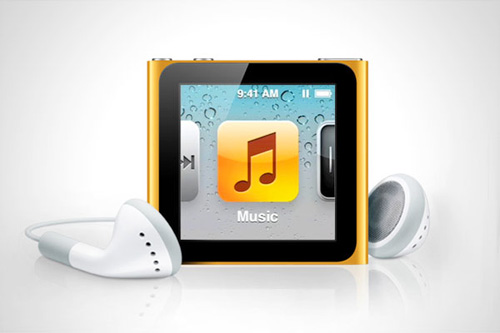 The iPod is a portable media player introduced by Apple in 2001. Prior to the iPod, the Sony Walkman was the most popular music player for anyone who wanted to listen to music on the go. The Walkman was somewhat bulky, however, and the musical selection was limited to however many 90-minute cassettes its owner could stuff into a fanny pack.

The iPod shrunk both the musical format and the device used to play songs to a single object about the size of a credit card. Some models, such as the 160-gigabyte iPod Classic, can store 50 days’ worth of music. PC World magazine said the iPod had ‘irrevocably altered the landscape for portable audio players,’ and indeed it so outpaced sales of the cassette-playing Walkman the latter simply couldn’t compete. The Walkman was discontinued in October 2010. 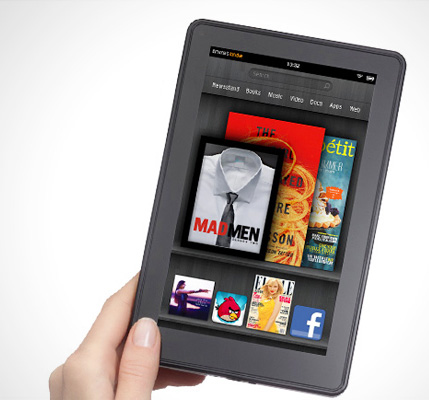 Amazon.com reported it sold more e-books than paperback books during the last quarter of 2010. So while it still may be too early to say e-books have overtaken real books with consumers, the popularity of the Amazon Kindle e-reader suggests a mass consumer exodus to digital from paper books may be underway.

It’s not hard to understand why the Kindle and other e-readers are so popular. The device is smaller than a magazine and can store up to 3,000 books, all while weighing less than eight ounces , as in the case of the Kindle Touch. Compared to storing 3,000 hardcover copies, there’s simply no contest.

Email is a ubiquitous part of everyday life for most people in the industrialized world. In a bygone era sending correspondences required having stamps and envelopes on hand, finding a U.S. Postal Service mailbox to send the letters and then waiting long stretches of time for a response.

Thanks to email, the most fleeting thought can now be sent instantly to multiple parties, and waiting to hear back even 10 minutes is sometimes considered agonizing. With the type of instant gratification email provides, it is unsurprising the U.S. Postal Service has seen a precipitous decline in business since 2007, according to the National Bureau of Economic Research. 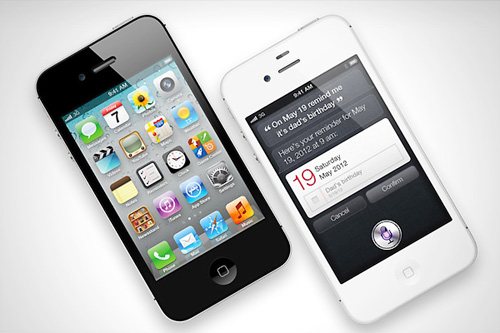 The mobile phone was a revolutionary invention. Without the constraint of wires, telephone users were free to make and receive calls on the go. It had an incalculable effect on both personal and business life by allowing its owner to close a big sale and then reach the babysitter, all while sitting in bumper-to-bumper traffic.

Traditional cellphones, which simply make and receive calls, are now being crowded out of the marketplace by smartphones, specifically Apple’s iPhone. This device not only makes calls but sends and receives emails, plays music and videos, takes pictures, and supports myriad applications . The standard cellphone has since experienced a marked decline in sales, while the iPhone and other so-called smartphones have seen steady increases. 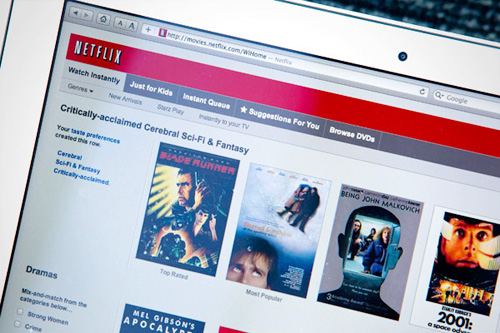 When the VCR made home video a reality in American households, rental outlets such as Blockbuster did a brisk business. That all came to a grinding halt, however, when a new service was launched called Netflix. Founded in 1997, its business model as a subscription-based service revolutionized the home video market. Instead of taking out individual titles for a fixed length of time, Netflix simply mailed them to your house.

Part of Netflix’s success is attributable to the absence of late fees. Subscribers could keep DVDs for as long as they wanted without ever being assessed extra charges, the bane of the video renter’s existence. Blockbuster simply couldn’t keep up with the competition and in September 2010 it filed for Chapter 11 bankruptcy protection. 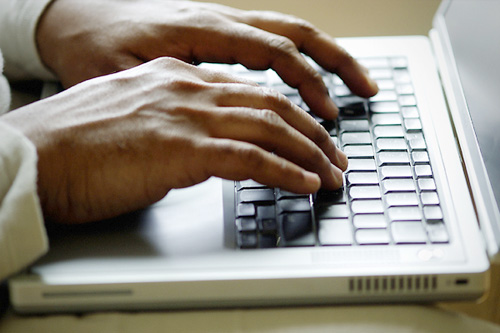 People of a certain age still remember the staccato sound of a typewriter. For years it was the device of choice for anybody who needed to present neat and orderly text, whether in a term paper, a business proposal or a resume.

In the 1970s, the first word processors were introduced. Since they weren’t much more than a keyboard with a monochrome monitor and a memory card, they didn’t pose much of a threat to the typewriter. In the 1980s, however, user-friendly computer programs such as Microsoft Word came along, and today it’s the most dominant word processing software on the market.

In 2009, Microsoft claimed that approximately half a billion people use the Microsoft Office suite, a software package that includes Word. By contrast, seattlepi.com reported the last manual typewriter factory in the world was down to its last 500 units. So get them while they last. 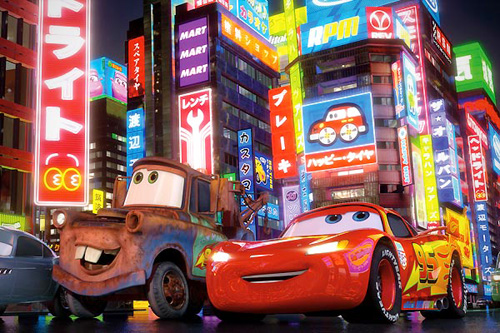 For decades, special effects in movies were created through a variety of handmade techniques, such as matte paintings and stop-motion animation. Violent action sequences required the use of controlled pyrotechnics and dedicated stunt players, many of whom faced hazards to life and limb. At times they even had deadly results: Stunt actress Sonja Davis was killed during a scene on the set of the Eddie Murphy film ‘Vampire in Brooklyn.’

This all changed with the advent of computer-generated imagery, or CGI. The 1991 film ‘Terminator 2: Judgment Day’ was an early example of the technology, and in just two years it had evolved by leaps and bounds, as the visual effects in 1993’s ‘Jurassic Park’ attest. While many filmmakers still prefer the look of live visual effects, CGI is now widely used and it has opened up a world of possibilities unthinkable using past techniques. After all, ‘Avatar’ just wouldn’t have worked if it had been rendered using claymation. 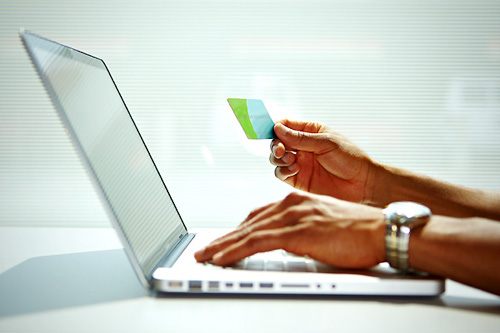 In the past, shopping was an experience that almost always necessitated rubbing elbows with fellow consumers. If it had to take place on a major shopping day, such as the day after Thanksgiving, you risked getting trampled and sometimes found the very item you wanted to buy was sold out.

As Internet use became widespread, however, it’s become less necessary for consumers to subject themselves to the commercial equivalent of the Running of the Bulls. ‘Black Friday’ is now followed three days later by ‘Cyber Monday,’ a term that entered the national lexicon thanks to its use in a 2005 press release from the National Retail Federation that showed increasing electronic commerce on the Monday after Thanksgiving. Meanwhile, brick-and-mortar stores have reported consistently mediocre ‘Black Friday’ sales. 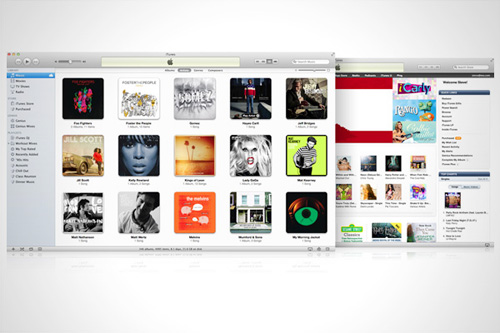 iTunes is a program that plays digital music and, more important, features an online store where music can be purchased and immediately downloaded, along with games, podcasts, movies and ringtones. It was introduced by Apple in 2001, the same year the iPod made its debut. The music industry is still trying to recover from its effects.

While baby boomers have been reluctant to reject physical media such as compact discs, younger generations have embraced digital music. In 2008, their business helped make the iTunes Store the number one music retailer in the U.S. Meanwhile, downloadable music has been devastating to brick-and-mortar music stores such as Tower Records, Sam Goody and Virgin Megastores, all of which saw their U.S. operations shut down by 2009. 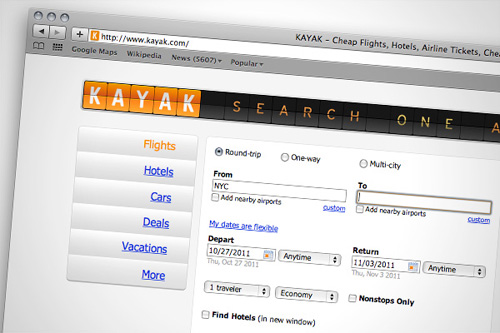 Traditional travel agencies featuring actual human beings are unlikely to go away entirely, but they have seen a large decline in their business in recent years due to the advent of travel websites including Kayak, Expedia and Orbitz. The websites offer recommendations by other tourists, guide books, online forums and, of course, bookings.

Some 70 million people used an online travel agency just in July 2006, and Expedia.com reported almost $3 billion in revenue in 2008. The online agencies have had a negative impact on traditional travel agencies, as agents find themselves being the middleman who’s cut out of the action as the online agencies sell directly to Internet users.