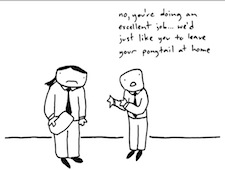 There was a time when every newspaper in town focused majorly on the comics page – especially on Sunday’s and that was our entertainment that time. People knew who Krazy Kat were and how did Li’l Abner did his adventure, Calvin & Hobbes told us about the hey-day and the four-color funnies were familiar household names and our beloved special friends.

That all has completely changed now, and the papers too. Now you get few of those famous names from syndicates – but majorly you do not see more webcomics in print. Another aspect of this is many self-publishing writers and artists can take advantage of this golden era of Internet as a creative outlet. Artists can now make a direct connection with the audience and receive feedbacks instantly.

From all of those new and old print style and now best webcomics we have brought this list of webcomics that are funny and hilarious for the time being. Be sure to check all of these webcomics and I am confident that you will fallback in those old golden print style comic memories.

1. 8-Bit Theater : One of the best example of 8-bit artwork comics created by Brian Clevinger in 2001. All its characters revolves around the famous game Final Fantasy I but in a totally humorous way. 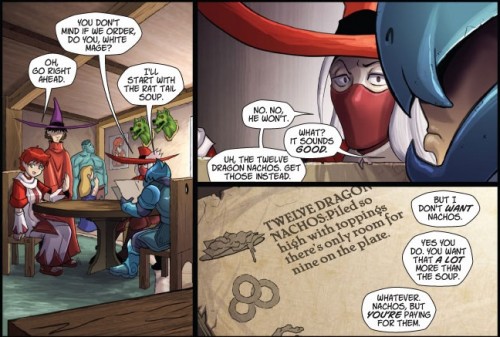 2. Dilbert : Ok, who don’t know about most famous comic strip – Dilbert. I think everyone who knows how to know about Dilbert. You can check daily cartoons, animated Dilbert comics, mashups and much more by visiting the Dilbert official website.

3. The Adventures of Dr. McNinja : In a world where a doctor can also be a ninja, you can expect some things. Little boys with large mustaches, giant lumberjacks, raptor riding banditos, Dracula’s moon base… If you like action mixed with comedy and doctors mixed with ninjas, Dr. McNinja is a comic you’ll most likely enjoy. But there is a LOT of content for you to dig in their site. 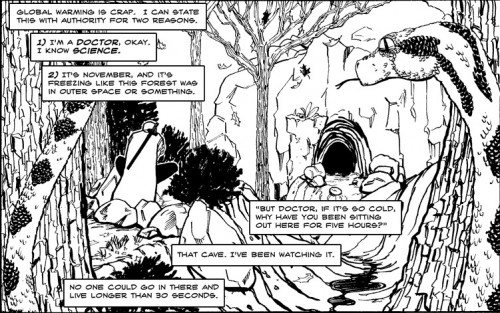 4. Ctrl + Alt + Del : If you are a fan of computers and most importantly computer games – then this comics is made for you. This series is written by author Tim Buckley and you can sense his sense of humor in this comic too. Don’t forget to read it in quiet because sometimes the theme and language of the comic is adult too. 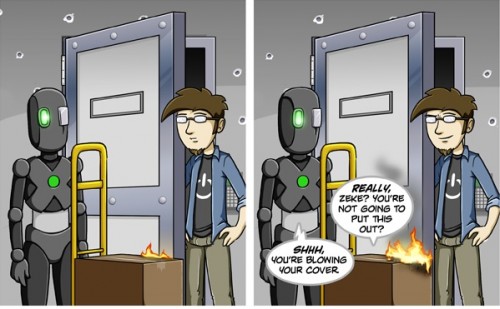 5. Toothpaste for Dinner : Drew & Natalie’s comics are 100% free to read. You are welcome to share them with your friends via Twitter, Facebook, email, etc. Most of them are sarcastic humor but done a great way. 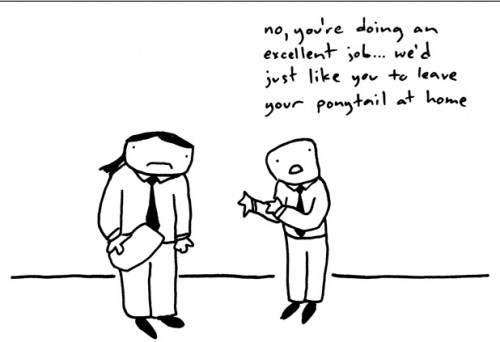 7. Cyanide and Happiness : Originally started by a Kris Wilson in 2004 when he was 16 year old. Now, its one of the most popular web comics and pretty much humorous too that is written on daily basic now a days by the crew of four people. A little bit on the darker side but sometimes deviated from the Wilson’s original formula.

8. Penny Arcade : Its been more than about a decade its started by Strip writer “Jerry Holkins and Artist “Mike Krahulik”. It has got a tremendous fan following and mostly those who love video games and all other geeky stuffs.

9. White Ninja : White Ninja Comics are not for the weak of mind. They are a brilliant satirical commentary on controversial worldly issues. They can be enjoyed on many levels. Scholars, Philosophers, and the like, who possess the intellect to analyze and break down the comics to their hidden, and often devious, roots, will enjoy White Ninja to its fullest degree. Others, like you and I, however, can still enjoy the comics for their light-hearted surface humor and funny drawings. 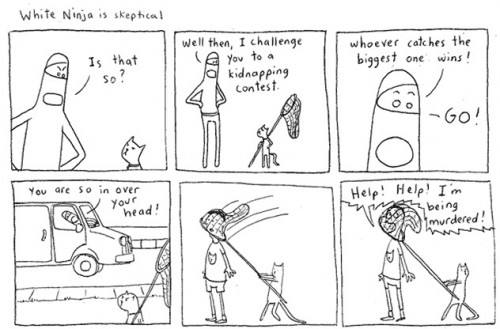 10. Diesel Sweeties : A comic strip in a 8-bit video game style depicts a story about a world where robots and humans co-exist. Though the comic strip started as web only but later seen to some newspapers too.

11. Girl Genius : Winner for many online awards which is written by Phil and Kaja Foglio. Comic strips revolves around adventure, romance and mad science as stated by their website. I am almost a regular reader of this comic strip and sometimes its too much hilarious to handle. 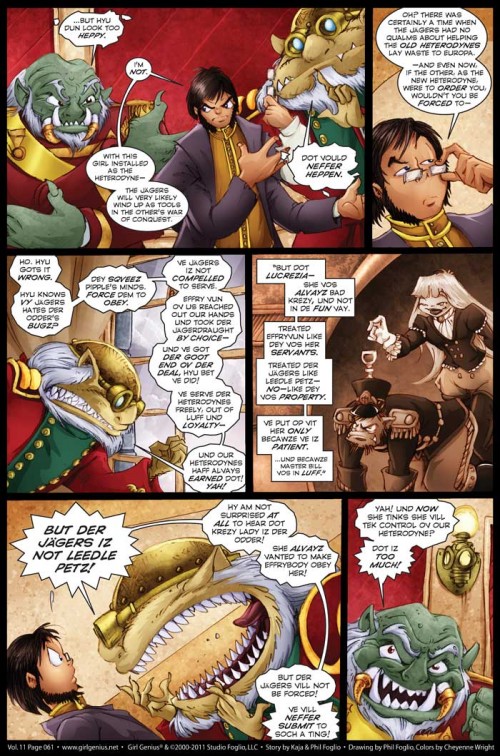 12. Garfield minus Garfield : Garfield Minus Garfield is a site dedicated to removing Garfield from the Garfield comic strips in order to reveal the existential angst of a certain young Mr. Jon Arbuckle. It is a journey deep into the mind of an isolated young everyman as he fights a losing battle against loneliness and depression in a quiet American suburb. 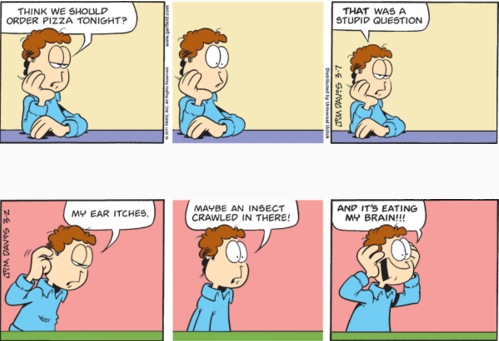 13. HijiNKS ENSUE : A geek webcomic written by Joel Watson updates 5 times a week. Basically, it makes fun of geeks and nerds in a healthy way. Hmm, I think so ! 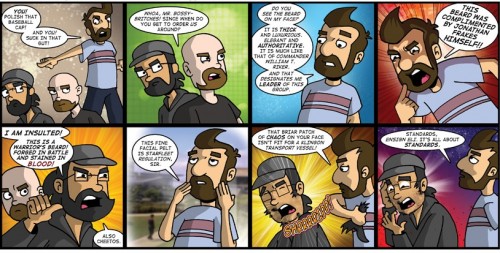 14. Kevin & Kell : A comic story of Kevin (rabbit) and his wife Kell (wolf) that’s been written by professional cartoonist Bill Holbrook. You will see lot of animal humor with a curry of relationships too.

16. Player Vs Player : This comic strip is started in 1998 and became one of the most popular web comics based on geek culture. It is based on imaginary characters working in a video game magazine and updates 5 days in a week.

18. Joy of Tech : The Joy of Tech is a comic about technology and pop culture, created by Nitrozac and Snaggy, and updated three times a week. This comic strip feature the people and events that are making today’s tech news in a humorous way offcourse.

19. RedMeat : An online alternative of a popular newspaper comic strip that is available in 75 publications. This comic strip is fairly dark in humor where you can find a character “Milkman Dan” – a sad dairy employee.

25 Of The Best WordPress Photography Themes

How to Have Two WhatsApp Accounts on Single Phone

How to Have Two Tinder Accounts on One Phone

The ‘six inches’ that make the difference (Column: Close-in)