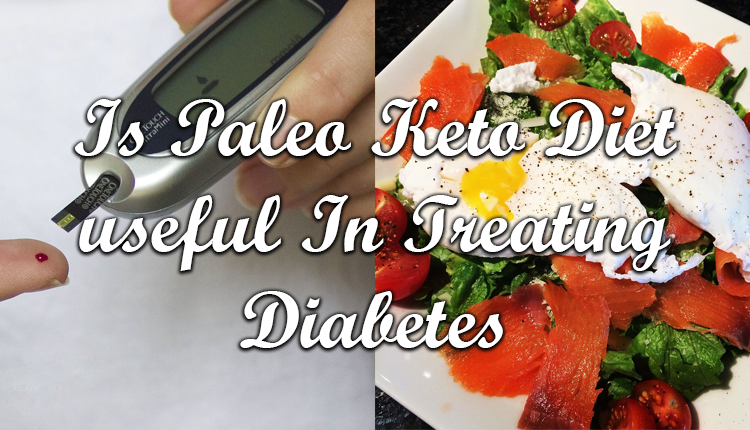 In 2015 Paleo keto diet made headlines, and researchers claimed it is useful in treating diabetes and other chronic diseases.

Paleo-ketogenic diet is nothing else but an effort to combine the health benefits of both paleo and the ketogenic diet.

Before getting into details let us first discuss what a paleo diet is and what is a ketogenic diet.

What Is Paleo diet

Legumes and grains contain phytic acid. Phytic acid is anti-nutrient. It impairs the absorption of calcium, zinc and iron and leads to mineral deficiency. A paleo diet is based on eliminating phytic acid containing legumes and grains. Also, in the paleo diet, most of the dairy products are limited as dairy contains lactose and for many people, lactose is hard to digest. It also involves eliminating processed foods, refined sugar, salt and potatoes.

Paleo diet is considered good to improve gut health, balance sugar level, aid weight loss and can be therapeutic for autoimmune diseases. Paleo diet is also known as palaeolithic or stone age diet as it include foods before farming emerged such as fruits, vegetable seeds, nuts and fish.

Now let us talk about a keto diet

What Is A Keto Diet

Keto diet is a low carb diet. When we eat carbohydrate-rich food, our body produces insulin and glucose. Insulin processes the blood glucose by taking it around the body. Glucose is used to generate energy. When we consume a high carb diet, our body gets enough glucose to produce energy and fat gets stored. But when we consume a low carb diet, fat in the liver is broken, and ketone bodies are formed that are used as an energy source.

Keto diet is for rapid weight loss and helps in treating conditions such as type 2 diabetes and cognitive disorder. Keto diet reduces carbs down to 5% of the total diet per day leaving no choice for your body than to burn fat.

There is similarities between paleo and keto diet such as both exclude legumes, grains, and refined sugar and pay emphasis on healthy fat sources such as animal fat, coconut oil, seeds and nuts and quality animal protein. Both keto and paleo diet encourage intake of green leafy vegetables.

I hope now you have got a rough idea about keto diet and paleo diet.

But what is paleo-keto diet?

Paleo keto diet is a modified version of a keto diet. The fat and protein ratio is 2:1 and the subject is encouraged to eat only animal meat, egg, fat, offal and a little amount of plant foods.

Paleo-keto diet induces sustained ketosis. The body burns the fat rapidly, and ketone bodies are formed. It is the state where instead of glucose the body depends on the fats and ketones for energy.

This diet requires a minimal amount of insulin as body cells do not need insulin to access ketones to produce energy and so the level of insulin in the blood decreases.

What Are The Benefits Of Paleo Keto Diet

Paleo keto diet restores the reasonable level of blood glucose. This diet is found to treat diseases such as Chron’s disease, Gilbert’s Syndrome and epilepsy.

Dr Toth states that one of the earliest benefits of this diet is that it leads to more energy.

Some studies conducted showed that the children with new-onset type-1 diabetes who adopted paleo keto diet could go several months to years before needing injections of insulin.

Dr Toth further states that this diet has always given positive results and if the subject adheres to this diet the autoimmune process may halt.

Paleo-keto diet restores the normal functioning of the body and treats insulin resistance along with normalizing the blood glucose level.

However little is known about the health benefits of paleo keto diet in adults with long-standing type 1 diabetes so before you decide to adopt this diet better speak to your doctor.

After a few days of adopting a paleo keto diet, ketosis appears. The sudden increase in the protein intake may lead to keto-flu. This condition includes symptoms such as a headache, dizziness, fatigue and diarrhoea. However, in a few days, the body adapts to use ketones as a fuel rather than glucose and these symptoms disappear.

Studies till now show that there are no long-term side effects of this diet. But, this topic is still under research. There is a lack of long-term clinical study on paleo-keto diet, and so it is essential to take necessary precautions with this diet.

What Foods To Eat

Paleo keto diet is based on natural eating followed by humans for many years. It involves lots of dietary restrictions.

Paleo-keto diet include foods rich in animal fat and protein. It includes low carb, high in fat and moderate in protein foods from our ancestors (before farming developed). The focus is on eating natural foods loaded with nutrients. Animal products are the major source of energy. The ratio of fat: protein should be around 2:1. Food sources included are offal, eggs, animal fat and animal meat such as roasted ribs, fried lard, beef steak, roasted liver, etc. Green leafy vegetables and fruits are also eaten but in less amount to fulfil the daily requirement of essential vitamins and minerals. For sweetening a small amount of honey is allowed.

The foods that are to be avoided are:

Some subjects following a paleo keto diet eat two times in a day. However, Dr Csaba Tóth and Dr Zsófia Clemens, from Paleomedicina, Hungary recommends that the subjects should eat only when he/she is hungry.

How to quit smoking and stay clean