Sony PS4 – The Most Powerful Console Ever 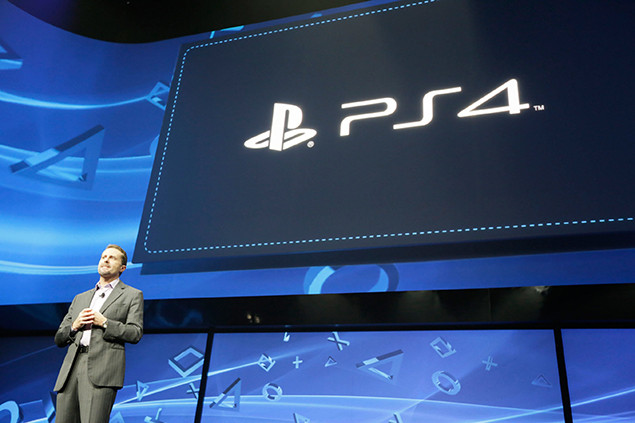 A new kind of four play, the PS4 is the first next-gen games machine to break cover. But is it any good? And where’s the console?

AFTER YEARS OF SPECULATION, Sony’s PlayStation 4 console is finally here. Well, sort of. In front of a packed gala event at New York’s Manhattan Center, the PS4’s potential as a gaming platform and social media hub was revealed, with a new controller, Eye camera and demos galore. Yet the console remained absent, to the consternation of many. Us? We’re happy to play the long game.

Sony group CEO Andrew House described the PS4, which has a “Holiday 20l3” release window, as the “foundation of our next generation platform”. Foundation appears to be the operative word, as PS Vita and PS3 are still going to feature strongly in future plans (indeed, most games shown are also coming to the latter). However, spec heads will have enjoyed lead system architect Mark Cerny’s revelation that the new machine will boast an x86 eight-core CPU and 8GB of memory.

Yet while the rumours of it being basically a high-end PC were true, Doom creator and PC gaming wizard John Carmack doesn’t see that as a bad thing. “I can’t speak freely about PlayStation 4, but now that some specs have been made public, I can say that Sony made wise engineering choices,” he teased.

The main hardware to bask in the limelight so far is the DualShock 4, a neat evolution of the PS3 controller that incorporates a PS Vita-esque touch panel where the start and select buttons used to sit, a Move-like light bar for tracking you in 3D space with the new Eye camera, and a Share button, which allows players to record, edit and upload footage to taunt or inspire others, depending on mood.

The PS Vita can double as an extra interface for the console, as will your iOS or Android smartphone via an app, making it easy to shop for new titles or further annoy your gaming buddies on the move. Revolutionary stuff.

In fact, social interaction is a huge part of Sony’s strategy: parts of the new UI – pictured – bear more than a passing resemblance to Facebook and, dare we say, Xbox Live, which won the last online gaming war. You’ll be able to watch friends’ games in progress, offering tips in real-time and even taking control of their games if they’re particularly rubbish.

On top of that, PS4 gamers will gain instant access to game demos through Gaikai’s cloud streaming tech, which is also used to provide support for PS3 and PSN titles – alas, the PS4 is not physically backwards compatible.

Inevitably, being so long before launch, the big reveal threw up more questions than it answered. How will games employ the touch panel? Will Gaikai be more successful at cloud gaming than OnLive? How much will it cost? And just what will the new black box under our TV look like? Be sure to check in again in June end this year.

The new controller adds a touch panel up front, a Move-esque light tracker out back and a share button for capturing and posting game footage on the fly.

No longer optional, a new stereo cam comes packaged in to track out back and Share button for capturing and posting game footage on the fly.

Galaxy S4 vs HTC One | Android That Would Be The King