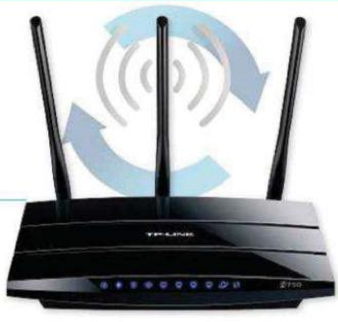 inSSIDer for XP, Vista, 7, 8 : Whether you live in a heavily populated residential area or only have one or two neighbours with Wi-Fi routers, you can improve the strength of your wireless signal by keeping it separate from competing networks.

Standard Wi-Fi uses a range of channels, spread across the 2.4GHz frequency. To stop your Wi-Fi signal suffering interference from your neighbours’ networks. you’ll need to know what channels they are using. Wi-Fi-scanning software inSSlDer can survey the wireless networks around your home, so you can work out which channel is best for you have this information.you can log into your Wi-Fi router and change the channel to get the best signal. lf you don’t know your router settings, dig out your manual or visit RouterPasswords for a comprehensive list of popular models. lf all else fails. follow the instructions in Step 4. We used a TP-Link Tl-WDR4300 dual-band router in this tutorial, but most routers will have similar configuration tools

1. Launch inSSlDer and find your network. If you’re positioned close to your router. it should be the one with the highest bar. You’ll also be able to see other routers near you and see their channel numbers.

2. A router’s channel might be set to a particular number. but it also overlaps the channels around it. For example. BT routers are set to channel 6, whereas the WDGAZURE network is on channel 5. Because they’re too close. there’s a lot of crossover.

3. Our TP-Link router has been set to channel 6, despite the fact there are a lot of other routers on the same channel. Look on the chart to get an idea of where there might be free airspace. Ours looks emptiest around channel 1.

4. Open your browser and log into your router’s control panel. If you don’t know the address. run the Command Prompt (Windows+R and type cmd) and type ipconfig. The IP address is listed next to Default Gateway.

Note : There are only three channels you should use – 1, 6 and 11. These are recommended by most manufacturers because three routers, each using one of those three channels, won’t suffer from overlapping signals. There are 14 channels on most Wi-Fi devices, but it’s illegal to use channel 14 anywhere other than Japan, Channels 12 and 13 are legal to use in the UK, but not in the US.

5. Find the router’s wireless network settings. It’s likely that the Channel will be set to Auto, which is fine if your router is finding clear air on its own. lf not, select a clear channel from the menu instead. Here, we’re going for channel 1.

6. You may have to restart your router for the changes to take effect. Go back to inSSIDer and see how things have changed. Our router is now alone on channel 1 and the signal strength has increased from -77dB to -67dB.

7. Move around your house to see which channels are in use. Here. we can see that despite the area being busier, our signal is stronger, and we’re not having to compete with all those BT networks on channel 6.

8. Click the Time Graph tab to see the last five minutes of wireless activity in your area. You could use this tool to see if other 2.4GHz devices (such as microwaves and baby monitors) are interfering with your network. Turn the devices on and off to see what happens.

9. If there are too many signals to work out what’s going on, try filtering some out. We’ve filtered out the BT routers by typing bt and clicking the ‘-’ button. E You can also filter in or out by channel, network type and security. Click the cross to remove the filter.

Harbhajan & Laxman used to trouble us a lot, says Gilchrist