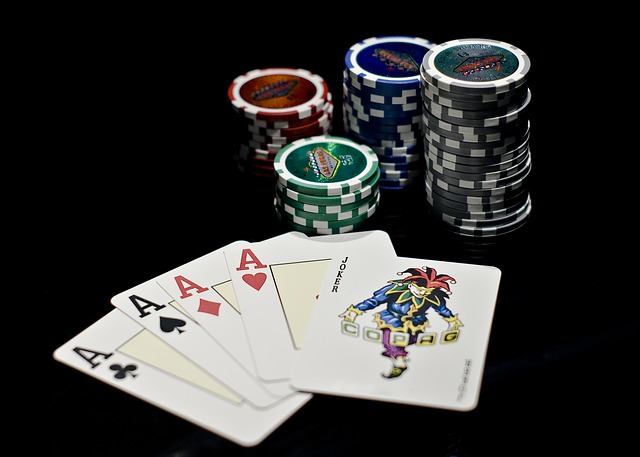 Poker is more than a mere card game for millions of people. It can be a source of comradery among friends as they enjoy regular game nights, anchor an exciting weekend at the casino, or even serve as the primary source of income for others. In recent years, high-stakes professional poker championships have been televised on major sports networks – a testament to its growing appeal. There’s more than one way to play poker, whether it’s Texas Hold‘em, Seven Card Stud, or Five Card Draw.

Gambling is at the heart of poker, which adds another competitive layer to the game. The thrill of a payoff, coupled with the delicate balance of luck and skill that poker requires, is a heady combination. This phenomenon hasn’t escaped the attention of online gaming sites that have leveraged continual technological innovation to appeal to this burgeoning market. However, before committing any money to a gaming website, it’s essential to do your research. To help navigate the myriad of online poker options both on and offshore, sites like Beat the Fish’s USA poker guide can offer guidance and advice.

For most people who appreciate poker, it’s an enjoyable pastime. Inevitably, there are those who play that take the gambling aspect to the extreme, whether they experience the heights of success or the depths of desperation. Naturally, a game that can evoke such a wide range of emotions and outcomes has generated extraordinary tales of victory and defeat.

Andrei Karpov was unlucky at cards. During one particular game, he had nothing left to bet, so in desperation, he added his wife to the pot. With that significant stake, one would think he had an unbeatable hand, but he ended up losing his wife to a man named Sergey Brodov. When Andrei’s wife discovered what her husband had done, she left him. Oddly enough, Andrei’s wife found Sergey appealing and ended up with him anyway.

Betting $135,000 doesn’t seem especially outrageous, at least compared to most high-stake poker games. But then, if the average Joe bets this amount of money, it’s a cause for concern. This equates to, well, over a year’s salary for most people. However, a man named Ashley Revell sold literally everything he owned and headed to Vegas. He went to a roulette table and bet all $135,000 on red. At the time, he felt like he had nothing to lose, and it was the best time in his life to take such an enormous risk. Luckily, the ball landed on red seven, and he ended up doubling his money.

Fred Smith, the founder of FedEx, found himself in a tough situation back in the 1970s when the company was just getting on its feet. With oil prices on the rise, FedEx was struggling to pay fuel bills to keep the business running. Smith took the last bit of money the company could scrape up and went to Las Vegas. Fred managed to hit a lucky streak and turned that last $5,000 into $27,000. Thanks to his reckless, yet well-intentioned actions, his winnings allowed FedEx to meet their financial obligations and grow into the strong, internationally recognized brand it is today.

High-risk, high-reward situations can produce some of the most intense, adrenaline-inducing conditions. It’s important to temper that risk with a dose of discipline, and not rely solely on luck or schemes where you can’t influence most of the variables. By its very definition, a game is an amusement or pastime, so have fun and keep poker a hobby rather than a vocation.

What to Take on a Gap Year

Best Workouts to do from Your Apartment