6 Best Places to Visit in Spain 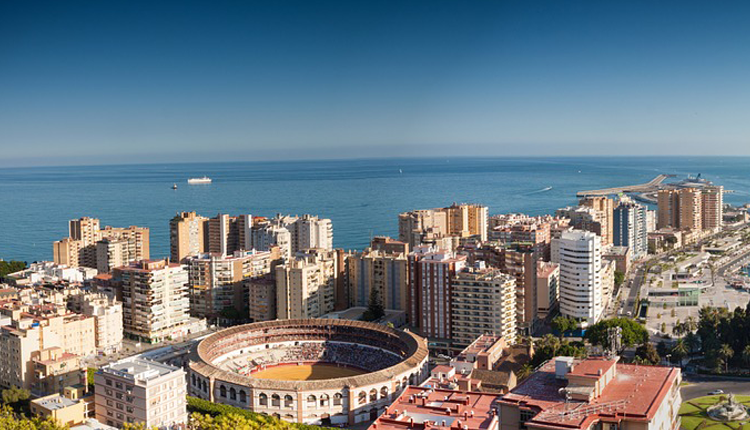 Spain is said to be the most diverse European continent in linguistic and historical culture. Situated in the Iberian Peninsula, one thing you would never forget about this European country is its transcontinental nature, with some territories and provinces located in Northern Africa. Three different climatic zones exist the country owing to the variance in the topography of the land.

With Spain being the third-largest member to have UNESCO sites, visiting this country for a vacation doesn’t sound too exaggerated. In fact, with both monarchical and secular governments existing together, Spain is an overall packet of incredulity and enthusiasm.

So, let’s discover some of the best places to visit in Spain that you wouldn’t dare to miss at any cost!

Being the home to the medieval architecture, Granada is one of those places, which will elicit sparkling feelings within your heart as you will come across a few treasures of the Spanish culture. The architecture of the grand, royal palaces dates back to the Alhambra occupation of the Moorish Kingdom. The most spectacular view is provided by the Sierra Nevada Mountains.

Tenerife is the most populous islands amongst the Canary Island group. Its aesthetic beauty lies in the vast stretches of beach, whose sand varies from yellow to black in color. The best part of this island is its carnival of Santa Cruz De Tenerife. In addition, coming from the natural beauty of the island, Mount Teide is there to welcome you with its mysterious aura of being a dormant volcano and also the highest peak in Spain.

Sitting atop of the Mount Benacantil, the province provides the eccentric view of the Alicante Bay and the country’s greatest medieval era. During the day time, strolling along the sun-kissed sandy beaches or lying down under the sun and staring the crystal blue water of the Mediterranean Sea is one of the favorite activities in the city. The castle of Santa Barbara is one of the amazing places to visit in the city along with Explanada De España, Barrio De La Santa Cruz, and the L’Ereta Park.

Seville is said to be the doorway to the Spanish Past as the city houses some of the secrets of the past times. The architecture distributed all across the city dates back to the Moorish times including the Gothic Cathedral Church and the old, dusty lanes. The city has a wide range of the Flamenco clubs, which directly reflects on the aesthetic beauty of the place.

The topographical terrain of Galicia is quite interesting as a ring of dissected mountains separates the city from Asturias, Leon, and Zamora. The hilly terrain gives an eccentric view to the city with the Bay of Biscay located nearby. The history of the place dates back to the Romans and hence, the place is full of mysteries and myths, let alone the legends. One of the most famous myths that Romans used to believe was about the western cliffs of Cape Finisterre being the end of the world.

Almeria is said to be the only illusionary desert in Europe because of the aridness of the region. The rusty ground with cracks running for meters makes the area a perfect location for filming and perhaps that’s why it is one of the best places to visit in Spain. The main natural attraction in the city is the Cabo-De-Gata-Niĵar national park, which has a volcanic origin and is considered Spain’s natural jewel.

Best places to visit in Switzerland to enjoy the nature