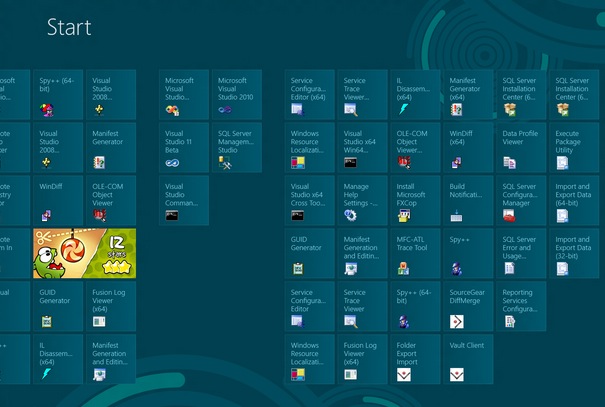 For those people who have now taken the plunge in Windows 8, you’ll find the page below about the most excellent Windows 8 apps useful. We sourced web to find Metro, best modern apps for the Windows 8 for every purpose almost e.g. social networking, entertainment, image editing, etc.

Windows 8 has lots of interesting features; however, the most essential is known as Windows Store. It’s simple to boost a Windows 8 tablet or Windows 8 laptop with host of great apps – multimedia, games, productivity, tools, and much more – and then these can be installed automatically on all other Windows 8 and Windows 8.1 system in just a few clicks.

You’ll needs to first find them, certainly, which is something like a challenge, as the Windows Store has thousands of different apps competing for attention now. Apps are what actually makes up your system; allow you do your important tasks, maintain a system’s integrity and performance, and ease and help with your work. As these best Windows 8 apps are so essential, a good selection of apps is compulsory for anybody.

Read on for the guide to best Windows 8 apps available currently.

This well-known Microsoft’s note-taking app is available as Windows 8 app for free, and synchronizes all of your ideas and thoughts across multiple platforms and devices via the magic of great SkyDrive.

This app itself works very well within the tiled, clean look of Windows 8 starting screen and so, there are ample of features to discover, from the capability to explain your notes with scribbles and drawings to the alternative of tagging down your notes in order to make them simpler to organize.

The Channel 4 seemed getting its catch-up performance together faster than the other commercial channels (putting lots of its contents on YouTube, for instance), and the free 4oD app for Windows 8 is easy to make use of and packed with the programmes new and old.

You’ll need to put with a few of the adverts; however, the full-screen form makes some sense for videos, and you can surf by category, by broadcast date, or via the complete A-Z of shows available.

Violet Storm is one among the best Windows 8 apps since the launch of operating system, but it’s now obtainable as a £2.79 Pro version and a free Lite edition both which you can upgrade if you love what you watch.

In both the versions, the intent is to explode your way via as numerous enemies as probable across a never-ending, mesmerizing solar system setting. It’s simple enough to steer your spacecraft around the whole galaxy, and lots of fun while play.

The official Windows 8 Twitter app doesn’t do much ahead of the basic of displaying your mentions and your timeline, and it certainly could make use of a new lick of paint into the interface department.

But, what it does well is the dock to side of your screen – you can see your tweets when working on a desktop or running any other best Windows 8 apps, and for this attribute alone it is worth to install on the Start screen.

All of us may be a lit bit of shambles on the field, but the FA’s Windows 8 app available for free at least; Official England Football now is easy and slick on the eyes.

There are plenty of materials to work through, counting video content and news updates (both behind-the-scenes and official), and if you’ve more than the passing interest in fortunes of a national team then it is a worth to install. For time being, this looks like fresh content is added at a regular basis, also.‎

One among the very best Windows 8 apps or say games available at the present is Royal Revolt. It is a tower defence title for free with some wonderfully rendered 3D graphics, a simple backstory and cartoon-ish sounds.

The learning curves are just right; therefore you can pick the game’s numerous features as you proceed through increasingly complex levels in the attempt to get back your kingdom. You may marshall your troops as well as plan your attacks on a touchscreen or utilizing a keyboard and mouse.

This is a bit basic at present, however at least the Adobe has now got its foot inside the Windows 8 doors with this free Photoshop Express application – you easily can crop pictures, adjust contrast colors, and brightness via on-screen sliders, plus add a variety of immediate filtered looks to the photos.

Everything tends to be mapped out so as to make most of the touch-enabled full-screen interface, although the decrease noise tool is paid-for upgrade and that is a shame. Now, you can import photographs from disc and sync them over web.

The Windows 8 does not include old favourite Solitaire any longer as a desktop application, so you’ll require finding a Start screen application to fill void. The Spider Solitaire HD tend to  be the best option that we came across, allowing you to select from numerous different table designs and card and providing complete support for the touchscreen users.

This app comes with a marketing banner at top, however if you like this game, then you can upgrade it.

The Windows 8 Google’s Search app not only allow you to type (and speak) your queries, this includes a rudimentary browser to allow you to notice the results in the app, in addition to access other Google’s tools such as Maps and Gmail.

Like lots of Start screen apps, this suffers from too many blank spaces, but it’s a shrewd tool which will be of specific interest if you heavily are invested in Google ecosystem (for example, you easily can call up Google search history).

This is in Microsoft’s most excellent interests to obtain some best Windows 8 apps in the Store, and certainly Bing Translator tool fits this description.

In addition to typing out the queries you even can take webcam shot of documents and signs for instant translations. Around 40 diverse languages are known to be supported, including French, Spanish, Klingon and German. The app has offline mode also, enabling you download language packs; therefore, you can get rapid translations without internet connection.