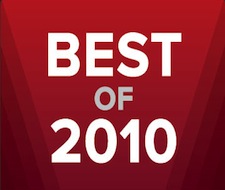 Most of the people who think that PC games are dying and there is new era of gaming coming up with release of Xbox, Playstation and other gaming consoles. I think they are completely misinformed – there are lot of solid PC games launching these days that stand out in terms of Game plot, character stories, graphics and much more.

We already seen various best PC games of 2009 that includes games like Dragon Age, Left for Dead 2, BorderIslands, Call of Duty : Modern Warfare 2, Resident Evil 5, Fallout 3, Mirror’s Edge 2 and much more. If you want to see the best PC games of 2009, you can check the above link and have fun playing them.

In the same context, year 2010 has been great for PC games too with some amazing multiplatform release such as BioShock 2, Bad Company 2, Mass Effect etc. and some great PC -only titles such as StarCraft 2, World of WarCraft – Cataclysm and much more. These games are not only best in the category but also critically acclaimed for Character story, Game Plot, Graphics, High level war weapons etc.

Though, there weren’t too many new companies that come in 2010 for PC platform but a decent number of sequels of most acclaimed companies have dominated the best PC games of 2010. Overall, its a good year for PC gamers.

So, here’s our picks for Top 15 best PC games of 2010 that stood out on the basis of critics ratings, gameplot and amazing graphics.

1) StarCraft II – Wings of Liberty : is a military science fiction real-time strategy video game developed and released by Blizzard Entertainment for Microsoft Windows and Mac OS X. Set in the 26th century in a distant part of the Milky Way galaxy, the game revolves around three species: the Terrans, human exiles from Earth; the Zerg, a race of insectoids; and the Protoss, a species with vast mental powers. Wings of Liberty focuses on the Terrans, while the expansions Heart of the Swarm and Legacy of the Void will focus on the Zerg and Protoss, respectively. 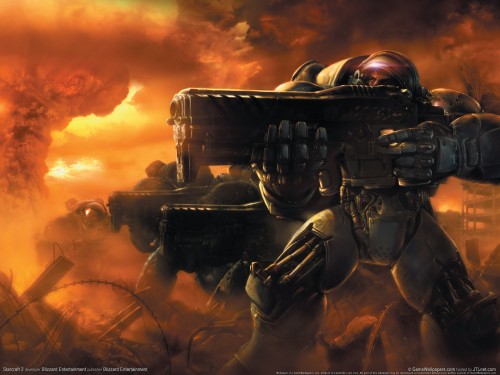 2) World Of Warcraft – Cataclysm : While the attention of the Horde and Alliance remained fixed upon Northrend, an ancient evil has been lying dormant within Deepholm, the domain of earth in the Elemental Plane. Hidden away in a secluded sanctuary, the corrupted Dragon Aspect Deathwing has waited, recovering from the wounds of his last battle against Azeroth, nursing his hatred for the inferior creatures that infest the surface realm…and biding his time until he can reforge the world in molten fire. 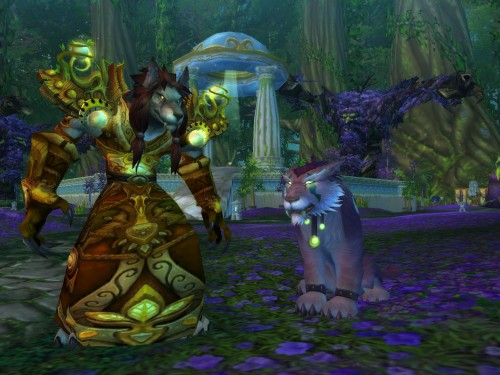 3. Dawn of War II- Chaos Rising : In THQ Inc. and Relic Entertainment’s sequel to the acclaimed Dawn of War II real time strategy franchise, you return to sub sector Aurelia where a long lost frozen ice planet has reappeared from the Warp, bringing with it new secrets to uncover and foes to face. In Dawn of War II: Chaos Rising you will take command of the Blood Ravens and defend the sector against the Chaos Space Marines of the Black Legion. Purge the chaos filth and hold the chapter together as traitorous forces work from within to try bring down the Blood Ravens. Upgrade your squads with new legendary wargear and unlock new special abilities, as your squads advance to level 30. 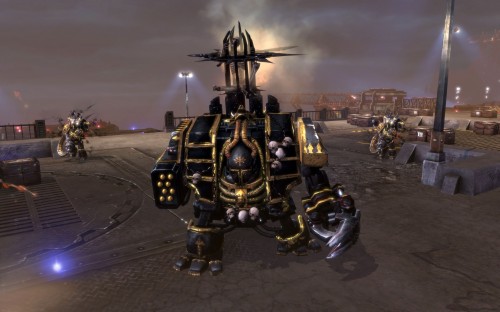 4. Amnesia – The Dark Descent : Amnesia: The Dark Descent, a first person survival horror. A game about immersion, discovery and living through a nightmare. An experience that will chill you to the core. You stumble through the narrow corridors as the distant cry is heard. It is getting closer.Amnesia: The Dark Descent puts you in the shoes of Daniel as he wakes up in a desolate castle, barely remembering anything about his past. Exploring the eerie pathways, you must also take part of Daniel’s troubled memories. The horror does not only come from the outside, but from the inside as well. A disturbing odyssey into the dark corners of the human mind awaits. 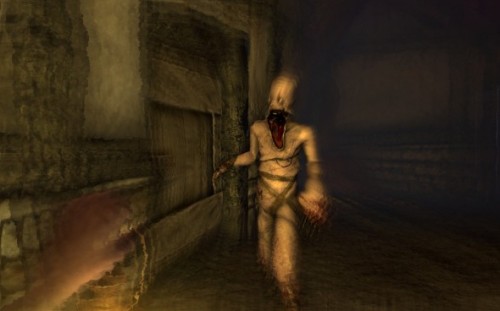 Buy Amnesia – The Dark Descent
5. Civilization V : Sid Meier’s Civilization is a turn-based strategy computer game created by Sid Meier for MicroProse in 1991. The game’s objective is to “…build an empire to stand the test of time”. The game begins in 4000 BC, and the players attempt to expand and develop their empires through the ages until modern and near-future times. The player takes on the role of the ruler of a civilization starting with only one Settler unit. The player attempts to build an empire in competition with between two and six other civilizations. The game requires a fair amount of micromanagement. 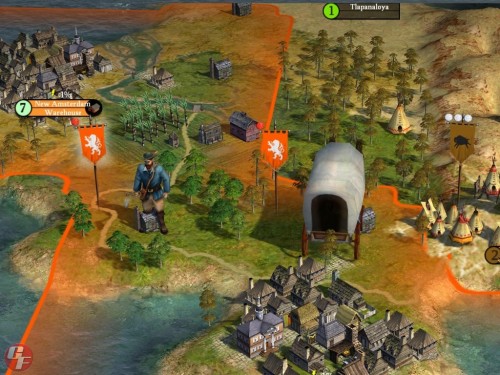 6. BioShock 2 : BioShock 2 is a first-person shooter video game developed by 2K Marin for the Xbox 360 and PlayStation 3 video game consoles, and the Windows operating system. The game is set in the fictional underwater dystopia of Rapture, in a biopunk/dieselpunk 1968, eight years after the events of BioShock. The protagonist and player-controlled character is a Big Daddy, a being that has had its organs and skin grafted into an atmospheric diving suit. Among the first of its kind, the player-controlled Big Daddy, named Subject Delta, reactivates with no recollection of the past decade’s events, and scours the city in an attempt to relocate the Little Sister that he was paired with. Fearing this reunion will ruin her plans for the city, Sofia Lamb sends out her spliced up followers that she calls The Rapture Family and new Big Sisters in an attempt to deter Delta. 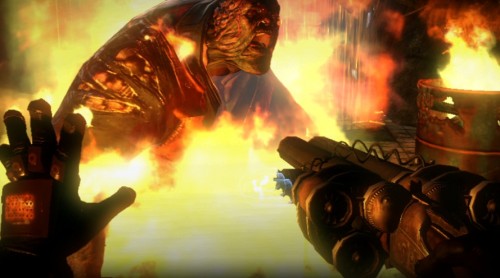 7. Mass Effect 2 : Two years after Commander Shepard repelled invading Reapers bent on the destruction of organic life, a mysterious new enemy has emerged. On the fringes of known space, something is silently abducting entire human colonies. Now Shepard must work with Cerberus, a ruthless organization devoted to human survival at any cost, to stop the most terrifying threat mankind has ever faced. To even attempt this perilous mission, Shepard must assemble the galaxy’s most elite team and command the most powerful ship ever built. Even then, they say it would be suicide. Commander Shepard intends to prove them wrong. 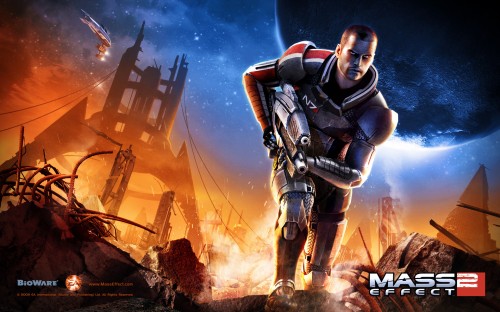 8. Battlefield – Bad Company 2 (Vietnam) : The game is primarily a squad-level online first person shooter based in a contemporary modern warfare setting. Additionally, the game includes a single player campaign, where the player reassumes the role of Preston Marlowe, the protagonist of the original game. The game’s Frostbite 1.5 engine allows for destructible environments,and multiplayer maps contain a wide selection of vehicles, aircraft and emplacements and allow for five different game modes. 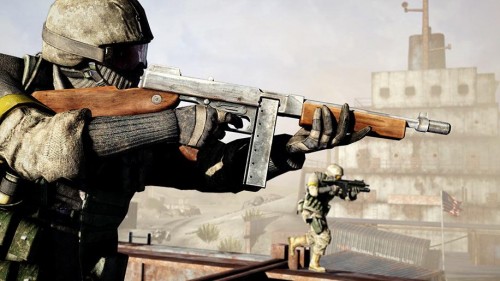 9. Assassin’s Creed II : Assassin’s Creed II begins immediately after the events of the first game in 2012; Desmond Miles is still trapped by Abstergo Industries, the modern-day face of the Knights Templar, after being forced to use the Animus device to revisit genetic memories of the assassin Altaïr, and has discovered prophetic warnings from Subject 16, a previous captive, of the end of the world. He is soon rescued by Lucy Stillman, a mole for the Assassins within Abstergo, and takes him to meet two other Assassins, historian Shaun Hastings and computer expert Rebecca Crane. 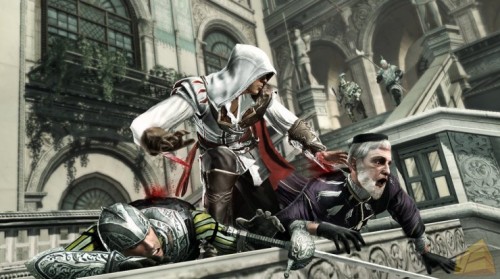 10. Just Cause 2 : The player is free to roam the game’s open world, not having to focus on the game’s storyline. Progress in the game is measured with Chaos, which is earned by completing missions, destroying government property, collecting items for the factions and reaching 100% completion in settlements and military bases. Chaos unlocks new agency missions and stronghold takeovers. Chaos and stronghold takeovers expand the factions’ area of influence, which unlocks faction missions and race challenges. Agency missions progress the story, while faction missions are completely optional. Helping one faction does not prevent the player from helping the others. 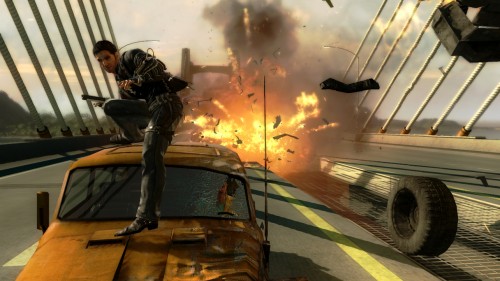 11. Metro 2033 : Set in the shattered subway of a post apocalyptic Moscow, Metro 2033 is a story of intensive underground survival where the fate of mankind rests in your hands. In 2013 the world was devastated by an apocalyptic event, annihilating almost all mankind and turning the earth’s surface into a poisonous wasteland. A handful of survivors took refuge in the depths of the Moscow underground, and human civilization entered a new Dark Age. 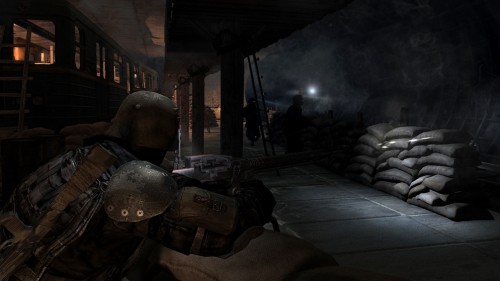 12. Splinter Cell – Conviction : Splinter Cell: Conviction introduces a number of new gameplay features to the series, one of which is the “Mark & Execute” feature, which allows the player to mark specific targets, such as enemies or objects, and shoot them when they burst through a door or window. The player can choose to prioritize these targets, so that, for example, he could distract one guard by shooting out a light in his vicinity and then take out another guard. 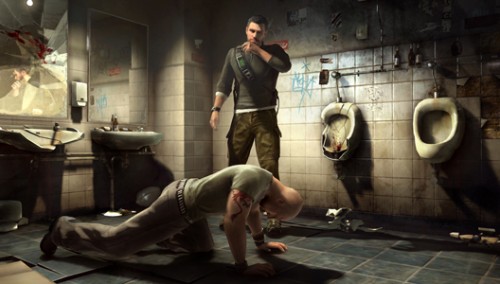 13. S.T.A.L.K.E.R – Call of Pripyat : The events of S.T.A.L.K.E.R.: Call of Pripyat unfold shortly after the end of S.T.A.L.K.E.R.: Shadow of Chernobyl. Having discovered about the open path to the Zone center, the government decides to hold a large-scale military “Fairway” operation aimed to take the CNPP under control. According to the operation’s plan, the first military group is to conduct an air scouting of the territory to map out the detailed layouts of anomalous fields location. Thereafter, making use of the maps, the main military forces are to be dispatched. 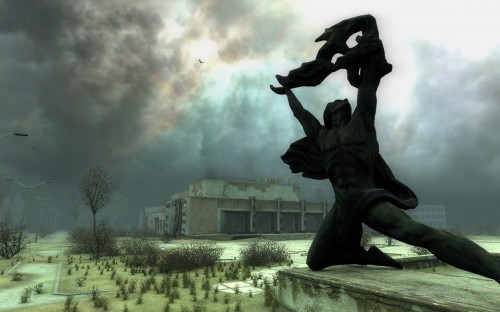 14. Elemental – War of Magic : Design your sovereign in terms of talents, profession, race and appearance. Learn spells of increasing power to unleash on those who oppose you. Found new cities and build them up by researching new technologies, recruiting specialists or trading knowledge. Send your champions on holy quests to recover ancient artifacts, gain allies, or recover the great wealth lost during the Cataclysm. 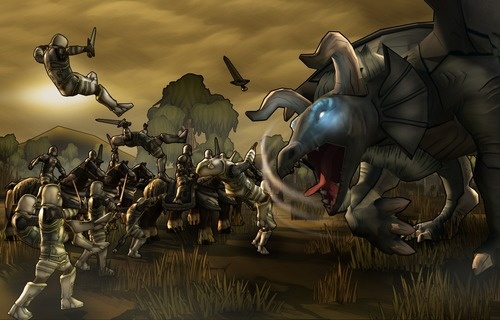 15. Grand Theft Auto – Episodes from Liberty City : s a standalone compilation of the downloadable content (DLC) episodes for the 2008 video game Grand Theft Auto IV, containing both The Lost and Damned and The Ballad of Gay Tony on one disc. The Lost and Damned otherwise features similar gameplay to Grand Theft Auto IV. Additions to the game include new weapons, such as a grenade launcher, Automatic Pistol, half of a pool cue and pipe bombs, as well as sawn-off and automatic shotguns and new vehicles, such as Johnny’s custom-made motorcycle. However, his way of handling vehicles is less proficient than the way he handles any motorcycle. The player is able to telephone various members of the Lost to provide assistance. 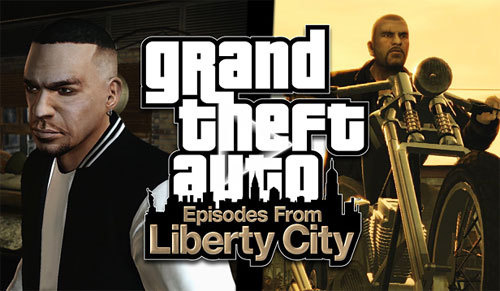 What is the impact of using Lamps for your grow box?