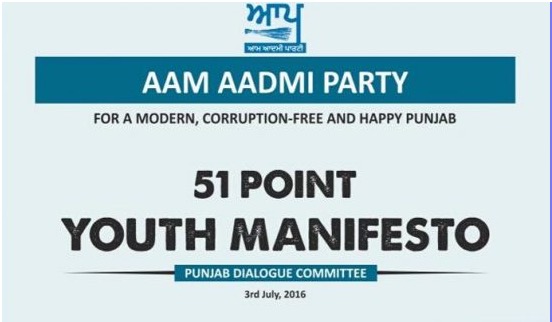 AAP now has hurt the people of Punjab in the quest of getting into the power. The people of AAP party has been making issues that can make communal riots in the state of Punjab.

This outsider party has made sure that they want to get in the business as soon as possible without wasting any time.

Ashish Khetan the head of Delhi Dialogue Commission from AAP has made sure that the party has not done anything intentionally and they respect Sikhs as their brothers.

But everything got too late and a case against Khetan has now been registered under Section 295-A of the IPC for hurting sentiments of Sikh community by the All India Sikh Students Federation.

Akali Dal is also furious about this situation and has informed that AAP party is of no use and should be ignored in all cases.

The imprisonment can be as long as 10 years if one is found guilty of any Holy place or text like Geeta or Quran.

Another smaller court also filed a case registered by SAD in the name of Prosecuting Khetan. All of this will surely keep Mr. Khetan busy till the elections.

On the other hand Arvind Kejriwal said he will visit Golden Temple soon and apologies for his party misbehavior and will also do the “seva” at the temple.

Earlier in Delhi AAP had to restore a “Piao” outside Gurudwara Seesh Gangh as SAD told the authorities that they have made it removed.

AAP again came on back foot on the above issue. Another current issue of SYL Canal Dispute has also come under the eye of Akali Dal, and they have said AAP party to clear their stand on SYL.

The statements made on SYL by AAP leaders are mismatching and nothing is clear on what they actually want on SYL issue.

Any worse or ill words coming out of AAP leaders will only make them suffer in election. Akali on other hand is been blasting AAP with incompetency and disrespect of Sikh community.

If Arvind Kejriwal needs to gear up for elections he needs to make it a point that nobody in his party should ever make a communal issue otherwise Sikh community can thrash them from all around.

The cornering method of Akali for AAP is working great and can make the Akali’s even win the elections in 2017 by a huge margin.

8 Of The Best Malware Removal Tools for Windows

7 Urgent Steps to Take When a Project Gets Stuck