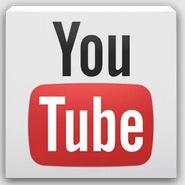 Now you can browse other videos while watching, and search as well with the new updated Youtube App for Mobile devices. Google has made a major update in Youtube app for Android and will be rolling it on other platforms ( iOS etc. ) in upcoming days.

The update has been slowly rolled out due to cautious approach as generally APK the installer files gets leaked very frequently.

It will be available for download this tuesday morning and probably iOS users can also update it in few more days, as its still under development and testing phase.

We will also get a look with brand new logo and redesigned user interface, that resembles the new Google style.

What is the new Browsing Feature (While Playing Video)?

Swiping down feature makes it easy to browse other videos while watching the current one. When you swipe down the video will be shrink to the lower right corner, and you can easily start browsing. And it can be restored with simply swiping upwards, left and right swiping will close the video.

Another great feature I am excited about is the browse and play video playlist in the app. YouTube is now probably the most popular jukebox, playing playlists have taken the most popular feature in reviews, when asked to people using YouTube daily.

Now there is a Cast button which will allow you to play on connected devices like Chromecast, Google TV and PS 3. You will be able to browse and play your favourite videos right away by queueing them up next to each video.

How To Convert MP4 to MP3

Best Tech Products for Students in 2019

Request to refrain from going out in Ibaraki