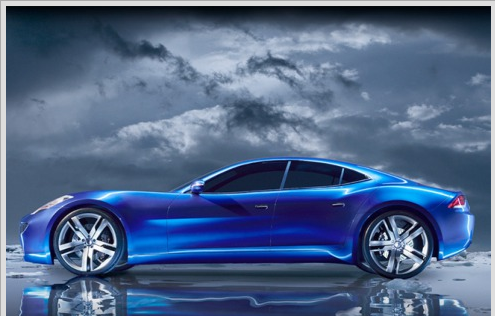 The Next Wave Of Green Cars..!!“From the China-sourced Coda to Hyundai and Volkswagen, a rundown of the flood of plug-ins and hybrids set to hit the market.”

DETROIT — The first mass-market electric vehicles are about to go on sale in selected cities, kicking off the beginning of a wave of new green vehicles hitting showrooms over the coming year.

The Chevrolet Volt, from General Motors ( GM – news -people ), and the Leaf, from Nissan ( NSANY – news – people), both launching in December, are just the beginning of the electrification trend. At least eight hybrids and 12 plug-in electric cars in every price range are planned for 2011, with another batch of electric vehicles (EVs) expected in 2012.

“General Motors’ extended range electric vehicle travels about 40 miles on electricity, but has a backup gasoline motor to recharge the battery for longer distances. It sells for $41,000, or $33,500 after a federal tax incentive.”

“The first mass-market EV will get the equivalent of 99 miles per gallon, according to the EPA. It can go about 100 miles between charges, which Nissan says suits the driving patterns of about 70% of American drivers. Price: $25,280, after $7,500 tax credit.”

The rollout of these vehicles will be regional, starting with California and a handful of other states, including New York, Texas, Washington, Oregon, Arizona and Tennessee, among others. It could be several years before EVs are readily available across America.

But here are the basics:

A hybrid, as the name suggests, uses both a gasoline engine and electric motor to power the car, switching back and forth as necessary. A plug-in hybrid is similar, but comes with a larger battery that allows the vehicle to travel solely on electric power for short hops, but not for long stretches. An extended-range electric vehicle, like the Volt, can go up to 40 or so miles on electricity, after which a small gasoline motor kicks in to recharge the battery and keep driving. A pure EV, like the Leaf, runs solely on electricity and needs to be recharged every 100 miles or so.

When it comes to hybrids, Toyota‘s ( TM – news – people ) Prius is the only one anyone ever really talks about, so it might surprise you that there are 27 other hybrid models already on the market today, including hybrid versions of the BMW 7-series, Mercedes S-class and Lexus LS.
Many more are coming. They include luxury cars like the recently introduced Porsche ( PSEPF.PK – news – people ) Cayenne S hybrid SUV, which, at $67,700, sells for about $4,000 more than the gasoline version of Porsche’s bestselling vehicle, and the Lexus CT 200h compact, due in early 2011, which is aimed at a younger, Gen-X crowd, and will likely be priced under $32,000.

German carmakers, which had been trying to steer more Americans to clean diesels, are now making a big push on hybrids and plug-ins, too. A hybrid version of the Volkswagen ( VLKAF.PK- news – people ) Tuareg SUV comes out next month, followed by a hybrid VW Jetta small car in 2012.

Meanwhile, virtually every carmaker, including many industry newcomers, is working on some sort of electric plug-in car, though not every company is ready to take them into the mass market. They’re rolling them out slowly, to utilities and government fleets, until there’s a charging network that can support them.

Some exceptions: The Coda sedan is an electric vehicle assembled in California with parts imported from China that will sell for $44,900. A federal tax rebate will bring the cost down to $37,400, and buyers could be eligible for additional state and local incentives. The car will be marketed through a unique network of retail stores and delivered to customers in person. The first deliveries are expected before the end of the year, and Coda says it plans to produce 14,000 by the end of 2011.

Another small company with big plans is Think, based in Norway. It’s building its tiny Think City at a factory in Indianapolis, which is expected to sell for about $34,000 when it goes on sale next year. Think plans to sell 2,000 to 3,000 of the cars in 2011.

Ford Motor ( F – news – people ) hasn’t even started selling its next-generation Focus compact (it goes on sale at the start of the year), but it’s already planning an electric version. The Focus EV will go on sale in late 2011, and will be manufactured alongside the gasoline version at a factory in Michigan. Chrysler, controlled by Italy’s Fiat ( FIATY.PK – news – people), will sell the Fiat e500, a plug-in version of Fiat’s cute 500 city car, beginning in 2012.

Toyota, which sold an electric version of its Rav4 SUV a decade ago, is now working on the second generation with help from Tesla, the Silicon Valley startup that markets a $100,000 electric roadster. Tesla will build and supply the lithium-ion battery pack and other components. A small fleet of new Rav4 EVs will be tested in 2011, with the expected full-market launch expected in 2012.