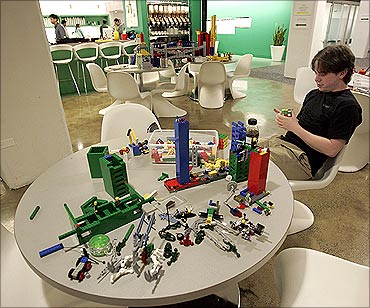 In a world where top performing employees are becoming scarce, finding the right people is crucial for business success, says global employer branding firm Universum. So who owns the world’s most satisfied workforce? Here’s a list of the world’s best employers…

Google (Rank 1) Internet search giant Google has been ranked as the best company to work for by management and engineering graduates in two separate surveys, which term the company the world’s “most attractive employer” of 2011. Google has been ranked at the top of its 2011 list of the top 50 global businesses and engineering companies to work for — the third year in a row.

The search giant has been dubbed the most attractive employer by more than 160,000 people from Brazil, Canada, China, France, Germany, India, Italy, Japan, Russia, Spain, the UK and US looking for the right place to work.

Image: An employee plays with lego at the New York City offices of Google.Photographs: Erin Siegal/Reuters. 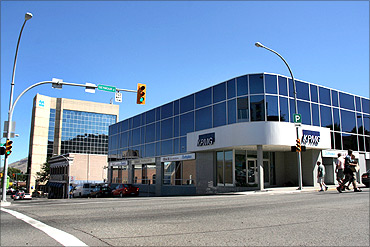 KPMG (Rank 2) KPMG is one of the largest professional services firms in the world. The US branch of KPMG was rated one of the top 10 companies for working mothers. It is also ranked No. 56 on Fortune magazine’s list of 100 Best Companies to Work For, voted for by employees. KPMG ranks No. 5 out of 125 among companies with the best training programmes according to Training Magazine.
Image: KPMG office. 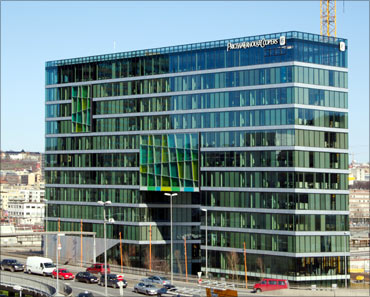 PwC (Rank 3) The top 50 global employers for business and engineering students are very similar, showing that strong employer brands transcend many skill and industry groups. PricewaterhouseCoopers (PwC) is a global professional services firm headquartered in London, United Kingdom.It is the world’s second-largest professional services firm (after Deloitte) and one of the ‘Big Four’ accountancy firms. PwC has offices in 757 cities across 154 countries and employs over 175,000 people.
Image: PwC office. 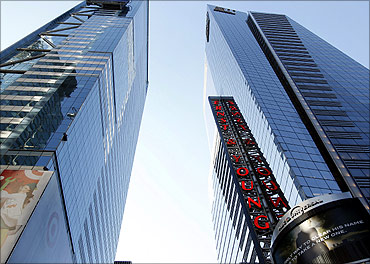 Ernst & Young (Rank 4) For the fourth consecutive year, Ernst & Young made it to the list of the world’s best employers. It was the highest ranked Big Four accounting firm on the 2010 Universum employer survey. Ernst & Young was ranked No. 2 in the business field and scored the No. 1 spot among students surveyed who are majoring in accounting. It also has a place in Working Mothermagazine’s ‘100 Best Companies for Working Mothers’ (2011) and Fortune magazine’s 100 Best Companies to Work For (2011).
Image: A view of the Ernst & Young headquarters in New York.Photographs: Lucas Jackson/Reuters. 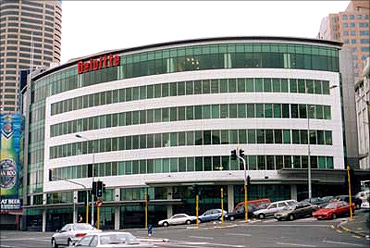 Deloitte (Rank 5) Diversity of employees makes Deloitte different from the rest.Deloitte is the largest private professional services organisation in the world. The company has 182,000 staff at work in more than 150 countries, delivering audit, tax, consulting, enterprise risk and financial advisory services through its member firms. Click NEXT to read more…
Image: Deloitte office. 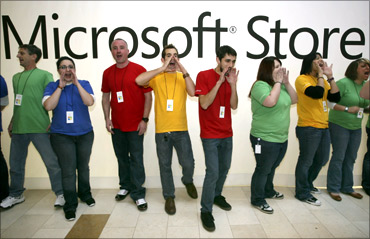 Microsoft (Rank 6) Microsoft gives software developers a lot of personal freedom. Microsoft has scored high by offering a nurturing environment for employees to bring out the best in them. Microsoft has a productive work environment and good leadership.
Image: Employees of the new Microsoft Store.Photographs: Marcus Donner/Reuters. 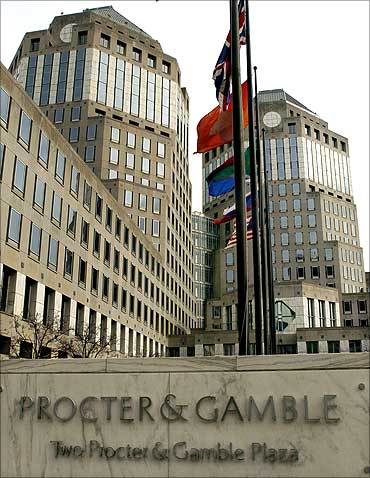 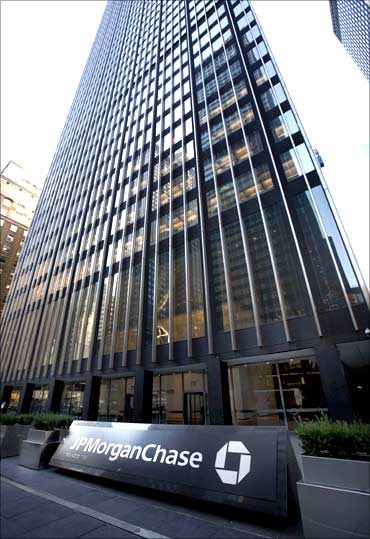 JP Morgan (Rank 8) Financial organisations are losing attractiveness amongst business career seekers, saysUniversum. Apart from JP Morgan that still manages to attract more talent in 2011, other financial organisations are underperforming in what could be considered their niche market.
Image: JP Morgan and Chase headquarters is seen in New York.Photographs: Shannon Stapleton/Reuters. 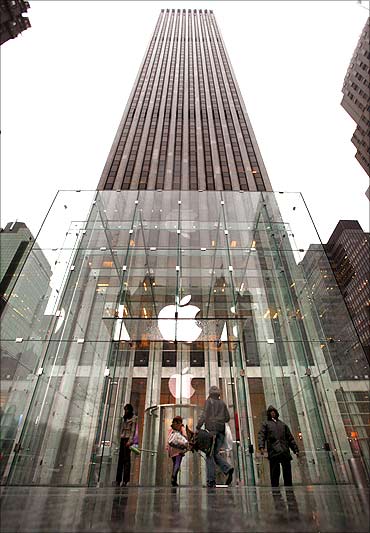 Apple (Rank 9) Apple takes good care of its employees and offers a congenial work environment. Apple allows employees to use many of their latest products on daily.Fortune magazine has also ranked Apple as one of the best companies to work for.
Image: Customers enter the Fifth Avenue Apple store in New York.Photographs: Brendan McDermid/Reuters. 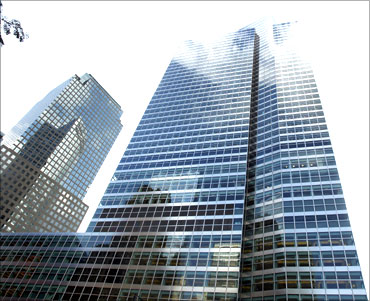 Goldman Sachs (Rank 10) Goldman Sachs has been rated as the tenth best employer by Universum. Fortune has included Goldman Sachs as one of its ‘100 Best Companies to Work For’ every year since the rankings first came out in 1998.
Image: Clouds are reflected on the outside of the Goldman Sachs building.Photographs: Lucas Jackson/Reuters. 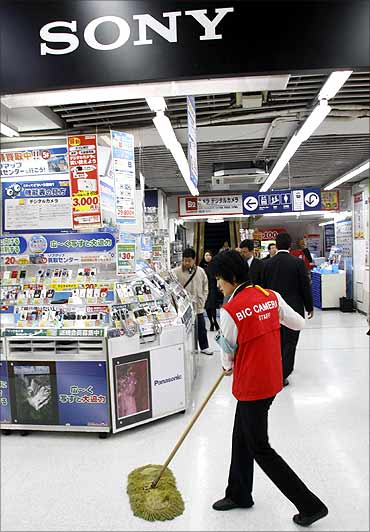 Sony (Rank 11) Ranked 11th, Sony is one of the leading manufacturers of electronics, products for the consumer and professional markets.
Image: A Sony Corp signboard is displayed at an electronics shop in Tokyo.Photographs: Kim Kyung-Hoon/Reuters. 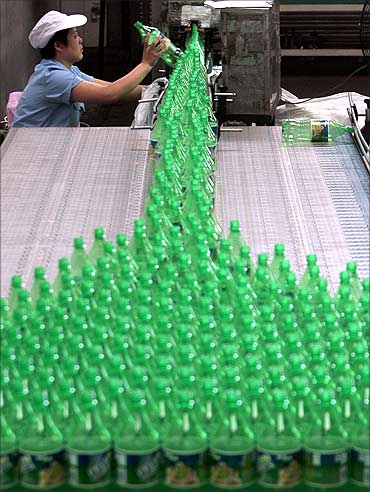 The Coca-Cola Company (Rank 12) The Coca-Cola Company is an American multinational beverage corporation of manufacturer, retailer and marketer of non-alcoholic beverage concentrates and syrups.
Image: An employee works at a Sprite production line at the Coca Cola plant in Nanjing, Jiangsu province.Photographs: Sean Yong/Reuters. 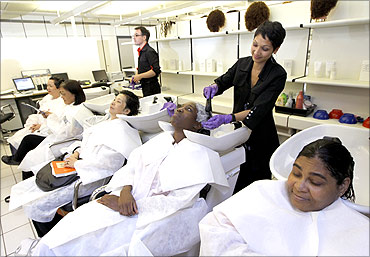 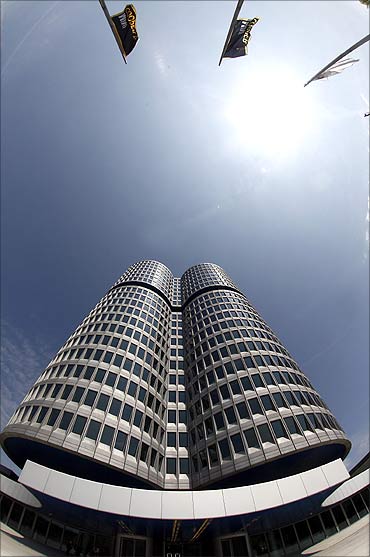 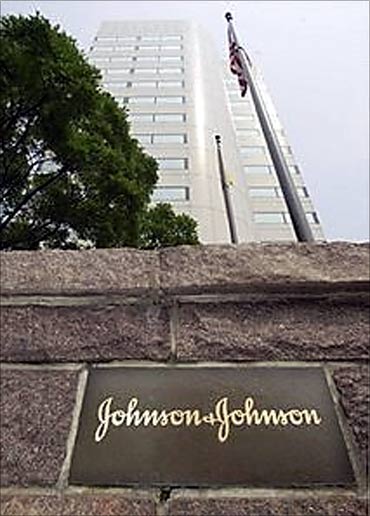 Johnson & Johnson (Rank 15) Employees seek companies that can offer a great work/life balance. “There’s a generational gap – while Baby boomers and the generation X were highly focused on working hard to achieve materials gains, generation Y is looking for a more balanced life while still wanting to achieve these gains. They seem to be aspiring for what their parents missed” says Cecilia Dahlstrom, global marketing director at Universum.
Image: Johnson and Johnson office. 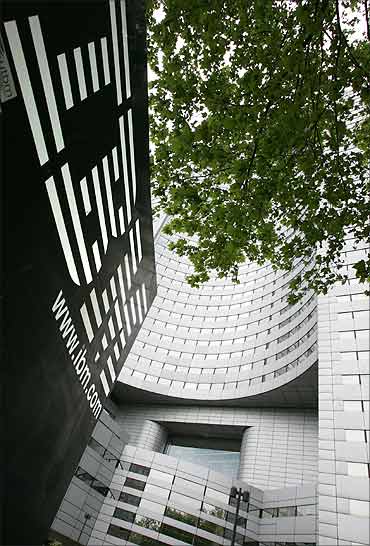 IBM (Rank 16) IBM has one of the largest professional workforces in the world today. The company offers several career/skills development programs, a challenging, empowering work environment with world-class infrastructure and is sensitive to a global workforce.
Image: IBM headquarters at la Defense in Paris.Photographs: Philippe Wojazer/Reuters. 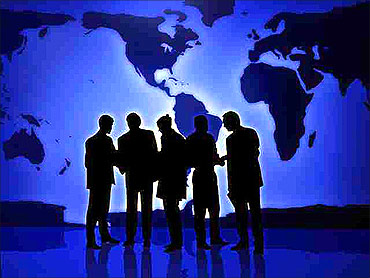 McKinsey & Company (Rank 17) McKinsey & Company, Inc. is a global management consulting firm that focuses on solving issues of concern to senior management. McKinsey serves as an adviser to many businesses, governments, and institutions. It is recognised as one of the most prestigious firms in the consulting industry and has been a top employer for new MBA graduates since 1996.
Image: McKinsey, top employer. 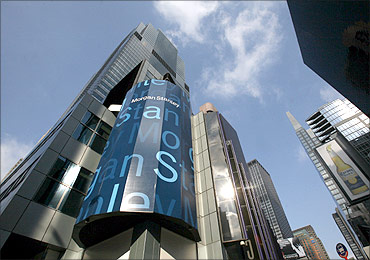 Morgan Stanley (Rank 18) One of America’s largest companies, Morgan Stanley is a favourite among employees as well. Morgan Stanley was named one of the 100 Best Companies for Working Mothers as well.
Image: Morgan Stanley headquarters building in New York’s Times Square.Photographs: Brendan McDermid/Reuters. 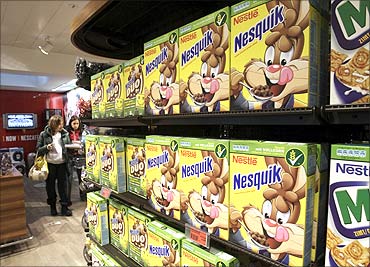 Nestle (Rank 19) Nestle belives the success of the company lies in its ability to attract, retain and develop employees on a continuing basis. The company encourages continuous improvement and excellence through learning and the improvement of professional and leadership skills at all levels in the organisation.
Image: A woman walks past a food display at the company supermarket at the Nestle headquarters in Vevey.Photographs: Denis Balibouse/Reuters. 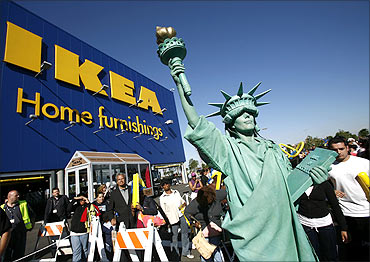 IKEA (Rank 20) Founded in 1943 by 17-year-old Ingvar Kamprad in Sweden, IKEA is a privately held, international home products company that designs and sells ready-to-assemble furniture. IKEA is known for it its innovative human resource management practices, flexibility and initiatives on employee development. Even part time workers are offered health and dental insurance coverage.
Image: A woman dressed as the Statue of Liberty attends the grand opening of the Ikea home furnishing store.Photographs: Shannon Stapleton/Reuters.

Steve Jobs Dies at 56, A Look Back to World’s Most Valuable Technology Man