Let’s look at the numbers.  Imagine that you want a new smartphone plan.  You use it for phone calls and for text messaging, but most of your use is mobile data.  You may not need to imagine too hard, since that is how consumer behavior has been evolving for a few years. A year ago, you probably would have chosen the 450 voice minute option ($39.99), the 250 text message option ($4.99), and the unlimited data option ($30).  That’s $75 for more talk and text than you need (but the least you could buy) plus unlimited data.

2. DOJ Realizes That Comcast & Time Warner Are Trying To Prop Up Cable By Holding Back Hulu & Netflix

For quite some time now, we’ve been reporting on how the big television players were so upset that Hulu and Netflix were dragging them kicking and screaming into the 21st century (even though they owned Hulu) that they were working on plans to kill off both services — or at least cripple them. Mostly, what this goes back to is the inevitable fact that the internet is going tosubsume television. But, these days, there’s so much money in TV, thanks to the ability to be a gatekeeper, that all efforts are on holding back the internet for as long as is humanly possible. Want to know why HBO refuses to offer a standalone internet streaming option? It’s because of the monopolistic power of cable.

3. UnnyJunk’s Lawyer responds to the Oatmeal by trying to shut down the fundraiser

“I’d rather just focus on writing comics,” a young man told me when I asked him why he responded to a lawsuit threat by starting a rather successful charity fundraiser for the American Cancer Society and the National Wildlife Federation. Sounds strange and somewhat illogical, right?

The new MacBook Pro with Retina Display is stunning. 0.71″ thick, super-fast processor, and 95 watt hours of battery life. It crams 5.1 million pixels—that’s one pixel for every resident of Singapore—into a 15.4″ screen. But even though it packs lots of gee-whiz bells and whistles, we were thoroughly disappointed when we ventured inside. This is, to date, the least repairable laptop we’ve taken apart. Apple has packed all the things we hate into one beautiful little package.

A former New York federal judge has waded into the Kim Dotcom saga saying it is “outrageous” the US government is refusing to give Megaupload users back their data. In an article on wired.com Judge Abraham David Sofaer said he was “troubled” that the files of 66.6 million Megaupload customers were being kept as part of the US government case against Dotcom. 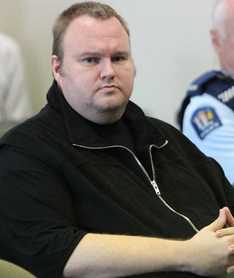 Some people might hire a lawyer if they received a letter threatening legal action. Not Matthew Inman, creator of the Seattle-based humor site TheOatmeal.com. He drew a comic — this one, specifically. He says it represents “your mom” trying to romance a Kodiak bear.

7. Funnyjunk threatening to file a lawsuit against The Oatmeal

Remember FunnyJunk? Almost exactly a year ago I published a blog post about my comics being stolen, re-hosted, and monetized on FunnyJunk’s website. The owner of the site responded and some of the comics were taken down, He still had a ton of my comics hosted without credit, but the energy it would take to get him to take them down wasn’t worth it. I thought the issue was done and over with so I let him be.

CIOs with loose bring-your-own-device policies might find their corporate networks clogged should employees bring the just-announced Macbook Pro computers to work. Introduced at Apple’s developer conference Monday, the new Macbook Pro is fitted with a Retina display, whose resolution of 2880-by-1800 pixels packed into a 15.4-inch screen is the crispest screen for a computer yet, clearer than Apple’s newest iPad. 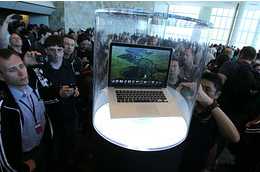 A new patent granted this week aims to stop students from sharing textbooks, both off and online. The patent awarded to economics professor Joseph Henry Vogel hopes to embed the publishing world even further into academia. Under his proposal, students can only participate in courses when they buy an online access code which allows them to use the course book. No access code means a lower grade, all in the best interests of science. 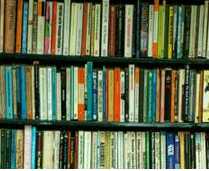 10. A Skype call in Ethiopia will now get you 15 years in prison.

A 30-second call using Skype in Ethiopia can land you a 15-year prison sentence, thanks to new legislation passed by the country’s government. The new legislation will criminalize the use of all Voice Over IP (VoIP) services, such as Skype or Google Voice, from within the country, according to an Al Jazeera report. The legislation, which was voted into law last month with little notice from international media, seems to close a loophole that was allowing some of its citizens to communicate without being monitored by authorities.