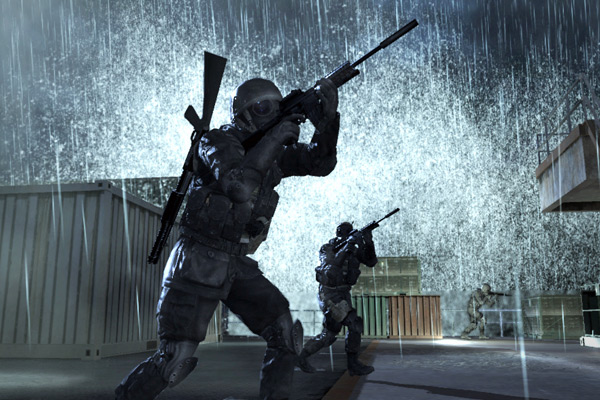 We all have played video games once in our life. NPD Group presented a list of top selling video games on the bases of gross sales in the past year of 2011. Some of these games has so many good things that we can only imagine what can be expected in the upcoming year.

Let us know what have you planned this year for gaming and what all things you want to see in gaming department. Here is the list of Top 10 most selling video games.

10. Guitar Hero III: Legends of Rock  This game is published by Activision-Blizzard.  This is the biggest grossing game of all time with earning life-to-date sales of $830.9 million (not counting additional income from digital add-on sales).

9. Call of Duty 4: Modern Warfare This game is published by Activision-Blizzard. This is the fourth game in the series which brought players into the present.

8. Mario Kart (with Wheel) This game is published by Nintendo. This game provides you a natural feel of racing. It allows 12 players to compete together online, something the series had never done before.

7. Wii Fit Plus This game is published by Nintendo. Its an enhancement of the original game, “Wii Fit Plus”. It includes 21 new mini-games and exercises to the popular franchise, while retaining all the elements (and pricing) of its predecessor.

6. Guitar Hero World Tour This game is published by Activision-Blizzard. This is a new full band game.

5. Wii Play (with remote) This game is published by Nintendo. This collection of mini-games becomes popular for its extra controller. Players have the choice to buy a standalone one or pick up “Wii Play”.

4. Rock Band This game is published by Viacom/MTV Games. This game recorded sale of $670.7 million. Players having plastoc guitars,

3. Call of Duty: Modern Warfare 2 This game is published by Activision-Blizzard. This is an action game which records a gross income of $713.6 million.

1. Call of Duty: Black Ops – With sales of $787.4 million so far, “Black Ops” is, as of the industry’s top selling game. Activision-Blizzard are the publisher of this game.