They’re Strange but They Work. With millions of products on the market, it’s hard to stand out. But these products are sure to make you do a double take.

They’re strange, but functional. They’ll wake you up, cool you down, let you tweet in some of the oddest places and charge your gadgets.

Here are nine of the strangest gadgets you’ve ever seen … that get the job done. 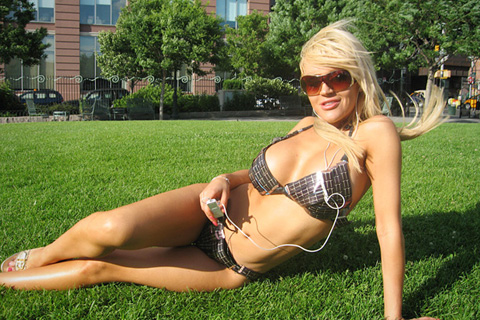 How it works: This multi-purpose bathing suit will not only shimmer in the sun as you strut up and down the beach, it will also ensure that your iPod never runs out of power.

According to the creator of the Solar Bikini , Andrew Schneider, the suit is powered by, ‘forty small photo-voltaic cells stitched together in a very specific pattern to generate enough current to mimic the output of a USB drive on a laptop and thus able to power your iPod and similar devices.’

The suits aren’t mass-marketed – yet. Schneider said each suit is custom-made and can cost anywhere from $1,000 and up. Schneider also said he is working on his next wearable device called the iDrink, a male version of the solar bikini which uses solar power to cool your beer on the beach. 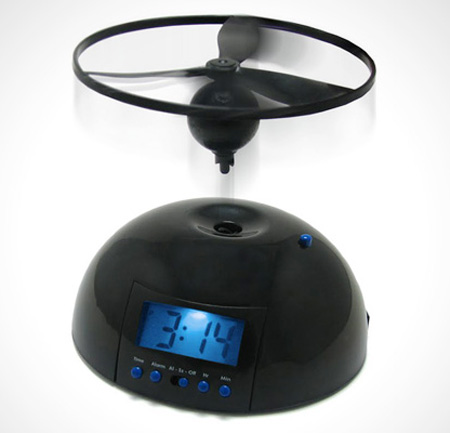 How it works: Are you the kind of person who hears their alarm clock beeping, rolls over, turns it off and then falls back asleep only get to work an hour late with a frantic look on your face? Well fear not unmotivated consumer, the Flying Alarm Clock , sold on ThinkGeek.com, will solve your lazy morning issues. 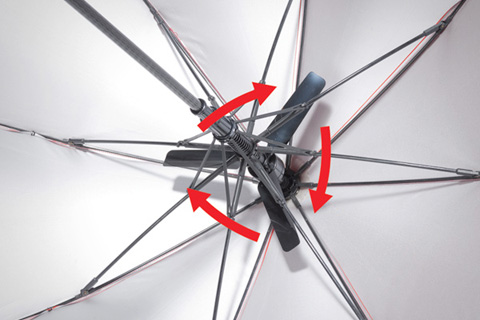 How it works: When the mercury tops 100 degrees, it can make you sweat just walking from your car to the office.

Hammacher Schlemmer has the answer – the Fanbrella . It’s an umbrella with a built-in fan.

The Fanbrella opens like a normal umbrella, but has a 650-rpm rotating fan under the canopy. 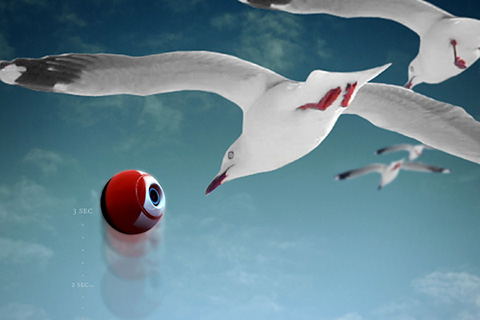 Product: SatuGo bouncing camera, Cost: Not yet available; expected to sell for about $70

How it works: If you’ve ever dropped your camera or wished you were taller to get that bird’s eye view, here’s a camera for you: The SatuGo bouncing camera.

It clicks a picture on impact or, if you’re tossing it in the air, you can set a timer to take pictures at set intervals. The camera, which takes 3 mega pixel images, can also be used as a webcam and will come with a belt clip. It hasn’t yet gone into production but more than 4,000 people have registered on the website to be notified when they become available. 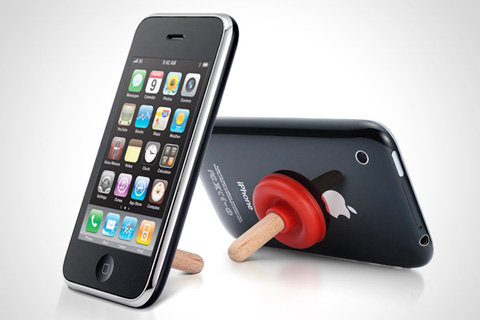 How it Works: Who thought the concept and suction of a plunger would be a strange yet useful addition to your iPhone. The iPlunger (not an official Apple accessory) is a miniature plunger that you can stick to the back of your iPhone. Attach the iPlunger vertically or horizontally to your phone and let it hold your phone up for easy, hands free access to your music and Internet.

Mirror, Mirror on the Wall… 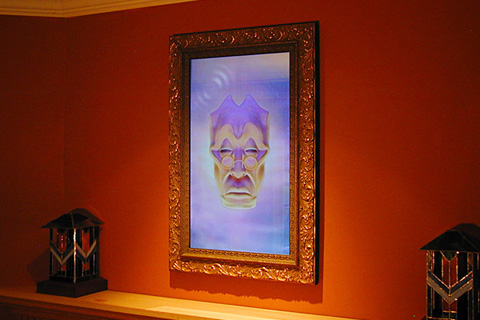 How it works: Taking a page out of ‘Snow White,’ the Magic Message Mirror , made by Themeaddicts, looks like a normal gilded mirror.

But this touch-screen mirror is connected to security cameras and motion-detection sensors you set up around your home and property. When the system senses a change, be it a guest or an open garage door, the character, ‘Basil of the Mirror’ appears. If you’re not into ‘a somewhat pompous English butler personality,’ as Themeaddicts describes him, you can also get a custom character.

It has a repetoire of phrases, such as ‘Hmmm … most curious. It seems that we have a pedestrian approaching our driveway.’ or ‘Alarm! Alarm! The pool gate has been opened.’

Mirror, Mirror, on the wall … who’s trying to break into my house?! 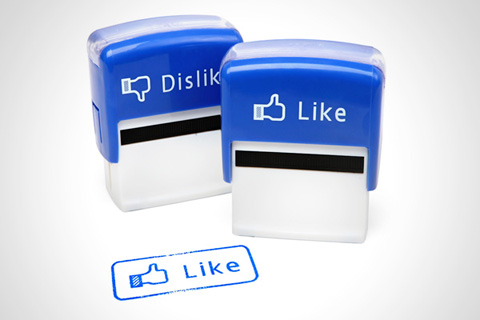 Well, now the people at ThinkGeek have brought this button to life, literally, with an old-school, dip-it-in-ink ‘Like’ stamp . Of course, they also made a ‘Dislike’ stamp. Don’t like a colleague’s work? Stamp their paper with the ‘dislike’ stamp to let them know you are unsatisfied. Think your kid did a great job on their test? Stamp it with the ‘Like’ button to show them you’re proud – and hip with social media. 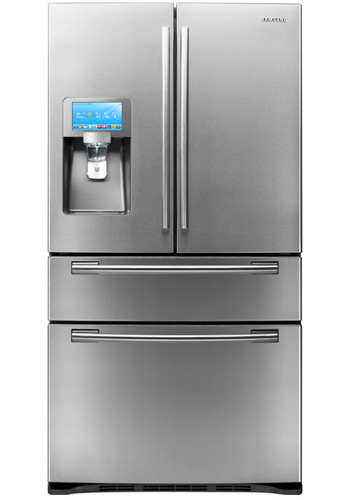 How it works: Ever get the urge to tweet while your fishing through your fridge for a snack? Maybe you want to tell your friends ‘Out of milk again! #Roughday’ or ‘Eating that chocolate cake I told myself I wouldn’t eat! #Dietproblems.’

Samsung’s WiFi-enabled fridge allows you to do all that. It has an 8-inch LCD screen loaded with apps so you can eat and tweet all day long. 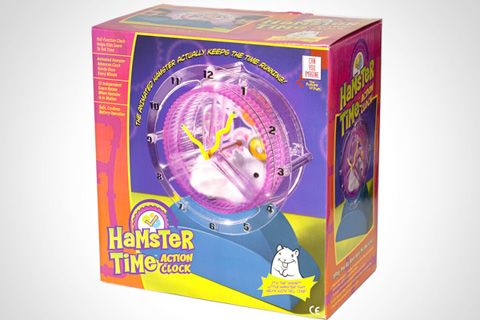 How it works: No, you don’t have to put your real hamster inside the clock so no animals will be harmed in the waking of this person.

This is an alarm clock with a fake, mechanical hamster that powers the clock. It doesn’t require a plug because the hamster runs on batteries.

Each minute, the hamster is set to start running; this moves the wheel and makes the clocks minute hand move forward. Note: Hamsters, even the fake ones, don’t run quietly, so this isn’t a product for light sleepers. Sold on Stupid.com .

What time is it? Half past hamster!

Residents associations of Chennai step up vigil on Covid behaviour