Sectors That are Playing Offenders of Student Loan Crisis 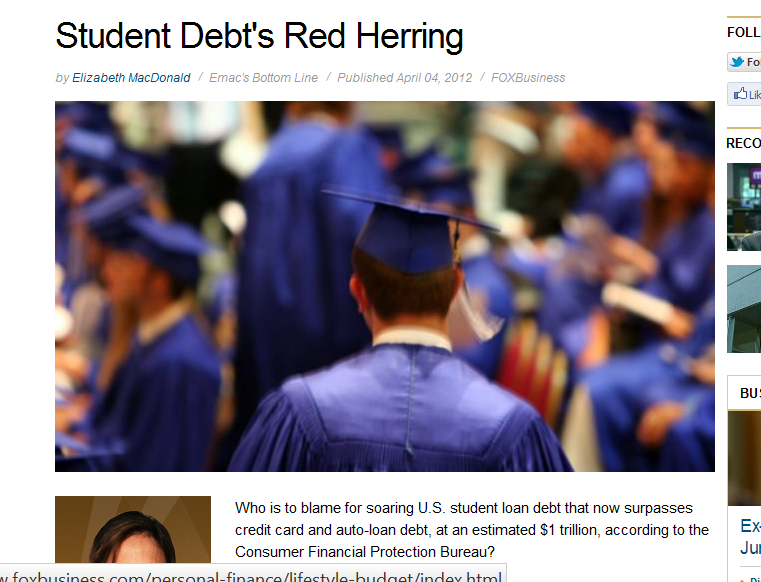 The country may still be grappling with the aftermath of the housing bubble burst, but one recent report suggests a different bubble may be looming on the horizon: student loans. Indeed, tuition costs have increased at a far greater rate than housing, energy and health care costs, as well as the overall rate of inflation. To make matters worse, student enrollment in for-profit schools has increased steadily as well, even though these are typically more expensive.

It’s clear that we’ve reached a crisis point.  There are several places where we can lay blame: colleges, for becoming so expensive and ignorant of student finance, the government, for restrictive policies and inflating prices with student aid, private lenders with predatory tactics, and even students for allowing themselves to get in too deep.  Read on to learn in detail how each of these groups sectors are playing a role as a villain of student loans.

Although government is trying to give each and student a fair chance to get highly educated, the college level seems to be the biggest problem in achieving this aim. The college is the very first culprit for giving the tuition fee an endless height. A university research reveals that a student is only given education + college services at undergraduate level worth $ 8000 but he is being charged with a heavy burden of $ 16000 to $ 37000 depending upon the nature of the college, i.e. ,public or private. Multimillion dollar sports programs; glowing recreational facilities, excessive administration, and tenured faculty who may or may not actually be teaching are the most likely culprits. If colleges want to help the students reach their ultimate goals, they can simply reduce the money they charge.

A financial aid office seems to be the followers of colleges. They are not charging high fee, but they are making the way of student’s loan a typical one for needy students. They simply try to punish the students who want an educational loan. Basically these offices are assigned with a duty to assess the financial situations of students and give them a reality check before they get in too deep. Taking an example of NYU, the parents are ready to spend everything for their ward’s admission not only to this university but any high reputed college. The senators are trying to research the issue and are thinking over a bill to be presented in the senate so that needy students may be benefited.

The federal agencies are working with a noble thought in thought in their execution list, but it is not resulting out in a well determined manner. The government’s official are paying attention for the student’s welfare but a lot more interest is to be shown in this direction. The federal government t repayment plan is also not exactly being carried out in the same manner as it was supposed to be. Where there was once a $2,500 annual limit on federal student loans, there’s now a $31,000 limit for four years.

As the government is flowing a higher amount in the field for students,the colleges are grabbing this chance by viewing this as an opportunity to charge more and more.The government’s is also trying to pass a bill so that the “bankrupted” students can be forgiven the loan amount. Beginning in 2014, student loan forgiveness laws will go into effect, capping federal loan payments at 10% of a student’s income, and forgiven after 15 years. Well, it seems to be good news but completely worthless for the students suffering right now.

Their should be gap filler for the gap being developed due to the limited availability and
the small limit of the loan a student can get from federal govt. and the fee they have to pay for the college enrollment. There is a solution as all the problems have got a solution. The private LENDERS. All you need is to contact the nearest private money lender and you will be provide the money for your college with far small number of terms and conditions as compared to the federal.

But as it is easy, it is obviously dangerous too! Students with private loans are often subject to having their loans sold and terms changed, which can alter their loan payments by hundreds of dollars per month. Some of the big lenders (won’t reveal names), have been accused of providing loans to the students without being tensed about the future aspects.

There is no surety that the student they are giving the loan will be able to complete the education and repay the loans. So these private lenders have to be blessed with the bailout packages after they see the debts off. The top private lenders are said to have profited in billions of dollars.

Students and their families

We are consistently having the questions about the system, but we are not having a look at the root of the problem. Why do we need such loans for our future generations? The reasons are very simple the students are not ready to take their own responsibility right from their early age. The student always finds it easy to have the responsibility of their education on their parents shoulders. By the way, we are here for solutions, so here is a solution for this problem.

Yes the students can complete their education without any need of loans. Enrolling at an in-state public college, starting out in community college, hunting down scholarships, picking up part-time work and paid internships, and even living at home are all major ways that students can make their school bills more manageable.

So get up guys and start working hard. BEST OF LUCK. So we can simply conclude that there is more than one party responsible for this student problem. It will surely be interesting to see how all the concerned departments react in this matter to solve this issue.