Microsoft Office 2016 rolled out around the World 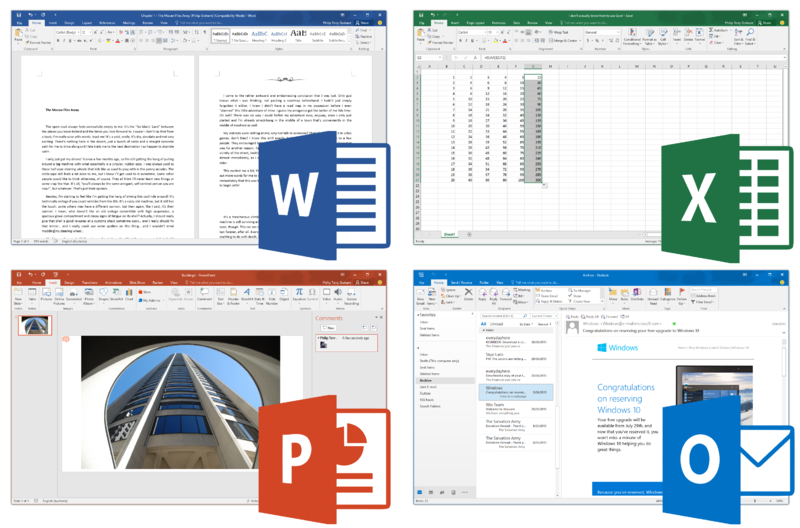 Microsoft Office 2016 has been launched all around the world; this is the latest edition of Office 365 cloud-based subscription.

Microsoft stated that this Office 2016 has desktop apps like Office, Powerpoint, Excel and Outlook for the new Windows, that is inbuilt. All the subscribers of Office 365 can download these apps for free.

As stated by Satya Nadella, CEO of Microsoft that this version of Office 2016 will change the whole experience and will make it far better than any other Office programs till now. This is a new step in making Microsoft Office a better tool for many personal and professional works.

All the Office 2016 apps are available in more than 40 languages. Your Windows version should be 7 or greater to use this new Office 2016.

New features in the Windows release include the ability to create, open, edit, and save files in the cloud straight from the desktop, a new search tool for commands available in Word, PowerPoint, Excel and Outlook named “Tell Me”, and co-authoring in real time with users connected to Office Online.

Other smaller features include Insights, a feature powered by Bing to provide contextual information from the web, new chart types in Excel (such as treemap, sunburst chart (also known as a ring chart), waterfall chart, box plot and histogram), and a data loss prevention feature in Word, Excel, and PowerPoint.

The user interface design of Office 2016 is relatively unchanged from its predecessor, Office 2013.

It retains the flat design that was introduced along with Microsoft design language, albeit a few modifications to the layout are made, in order to conform with the design of Microsoft Office Mobile. Office 2016 has three themes.

The default theme, known as “colorful”, features a solid colour on the top band of the ribbon, corresponding to the colour of the Office app being used, for example, a solid dark blue is featured prominently in Microsoft Word.

The theme had been described as useful in making the tab headings more distinct.

In addition, both the “white” and “dark grey” themes from Office 2013 are available as well, though, no new backgrounds have been added, nor existing backgrounds removed.

In July, we released Office 2016 for Mac to our Office 365 customers. The new versions of Word, Excel, PowerPoint, Outlook and OneNote are a significant step forward and provide the best of both worlds for Mac users—a familiar Office experience paired with the best of the Mac platform.

The level of engagement and excitement about this Office for Mac release has surpassed our expectations. As promised in July, today Office 2016 for Mac is also available as a one-time purchase.