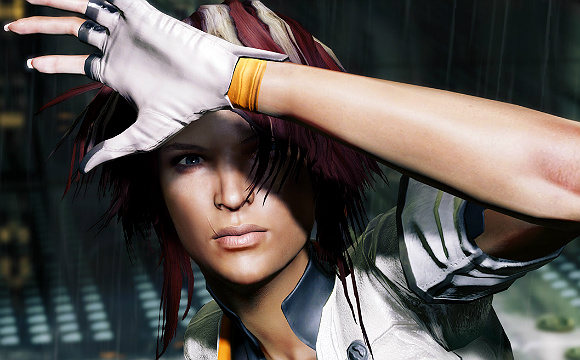 The following seven games that are listed are all due in this year 2013, I should say these are the 8 games your need to play in 2013.

Sony’s in-house powerhouse Naughty Dog trades the banter and foliage of Nathan Drake’s globe-trotting adventures for a darker direction: survival horror. The Santa Monica firm excels at blending cinematic flair and three-dimensional characters with expertly executed combat and gunplay. and it’s here crafting a heavyweight emotional tale somewhere between The Walking Dead and The Roadas you play a father protecting his daughter from hordes of infected humans, as you search for sanctuary in a cold, ravaged, urban setting. Out May 7th on PS3

There’s been a drip-feed of info from Spanish developer MercurySteam on its sequel to 2010’s sleeper-hit Lords of Shadow. and what we know is enough to have us foaming at the fangs. Picking up where the last game left off. it’s going deeper and darker with the Belmont family’s vampire violence while continuing with the drop-dead gorgeous visuals that MercurySteam’s small team delivered. While waiting for this, 3DS owners should keep an eye out for LoS: Mirror of Fate. slated lor March. It’s sad to set us the sequel propel.. Out Autumn 2013 on PC, PS3 , and XBOX 360

No-one does sci-fi chic quite like the French and Dontnod Entertainments lush future Paris setting looks like the star of this show. While the mind-wiping conspiracy plot sounds like hokum of the first order and the heroine’s obligatory Mirrors Edge-meets-Fifth Eiement sci-fi hairdo is less than inspiring. the high-kicking, head breaking action on show in this third-person adventure suggests a dreamy cross between the feisty fisticuffs of Batman: Arkham Asylum and Sleeping Dogs. So good, then. Out May on PC, PS3 and XBOX 360

An open-world action game for the information age, this has guns and ammo galore but the most potent weapon at your disposable is the ability to hack into almost anything electronic in the – gorgeous urban sprawl. It’s exciting to see Assassin ‘s Creed veteran Ubisoft Montreal bringing so much ambition to the table . this late in the console cycle with a brand-new property that builds on many of the ideas born in Eidos’ Deus Ex games, with SmartGIass integration looking rather tasty. Out 2013 on PC, PS3 and XBOX 360

Desktop Daedra worshippers. prepare themselves: Bethesda’s fantasy RPG is heading into battle again, this time looking to shake up the competitive arena of MMOs as The Elder Scrolls Online launches after five years of top-secret development. Skyrlm veterans will find few surprises: customisation and questing are the core pillars of the game, but the sense of community and interaction offered by the online RPG mould will make for a more social experience as you trade stories of loot and lore around the camp fire. With three factions vying for control of Tamriel, there’s also plenty of emphasis on massive player-versus-player battles. At last, World Of Warcraft has reason to look to its throne… Out 2013 on PC and Mac

It’s been five years since Race Driver: Grid set a new standard for precision racing games. Spot-welding arcade and simulation sensibilities to an irresistible. adrenaline pumping package. it also made the best use to date of a rewind feature. The sequel has some competition on its hands from the likes of Criterion’s Need For Speed; Most Wanted and Playground Games’ Forza: Horizon but with a revamped. “muscle-cars-to-supercars’ career mode and astounding visuals. Codemasters’ racer has what it takes to secure pole position once again. Out Summe, PS3 and XBOX 360

Rocketing past its $2 million Kickstarter goal (it’s at $7 million at time of press), this space opera from Wing Commander creator Chris Roberts could be the shot in the arm the ailing genre needs. Footage of attack ships in flight against a spiralling, celestial backdrop hints at a spiritual successor to Roberts’ original creation. The aim is to offer “a living, breathing universe that is its own entity’s Time to put all that money where his mouth is, getting in before the arrival of the also Kickstarter-funded reboot of David Braben’s Elite. Release TBC on PC

An unusual choice of early showcase for Nintendo’s new console. and a role perhaps better filled by pointy-eared boys with swords or bounty-hunting space females. Yet Shigeru Miyamotos bright. bubbly and strategic fanboy favourite has all the ingredients to make that GamePad sing. Expect deceptively challenging puzzles as you navigate your astronaut and his band of cutesie bite-size brothers through lush alien lands. Out Spring on Wii U

How to use Cloud Apps and Software