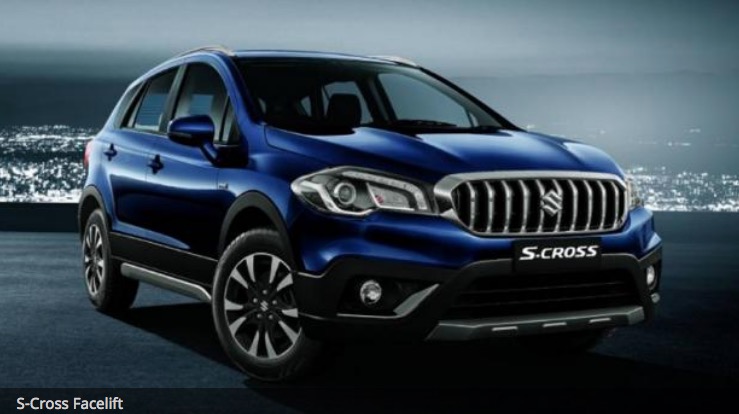 Maruti Suzuki India launched a new edition of its car S-Cross on Sunday. Its initial price has been kept at 8.49 lakh rupees (ex-showroom, New Delhi). It has been launched in the 1.3 liter single diesel engine with Smart Hybrid Technology. Booking for this was already started.

The new updated edition of S-Cross has been launched in four new variants Sigma, Delta, Zeta and Alpha. Their ex-showroom price ranges from Rs 9.39 lakh to Rs 11.29 lakh. In front of this new edition, a large chrome grill has been given, so its look looks musky. Also the LED is used on its rear lamps, which makes its look modern.

The new S-cross has a 1.3 liter DDiS diesel engine equipped with hybrid technology. It produces the capacity of 89Bhp and the maximal torque of 200Nm. For transmission it has 5 speed gearboxes. As far as its interior is concerned, there is no visible change in it. However, some changes have been made to the Gm luxury car.

There is also a touchscreen infotainment system compatible with Android Auto and Apple Car Play. In addition, it has given many features such as cruise control and driver-side anti-pinch window. Maruti Suzuki India and its suppliers have invested more than Rs 100 crores for the development of the new S-cross.

How to Stay Ahead of the Competition in Content Marketing