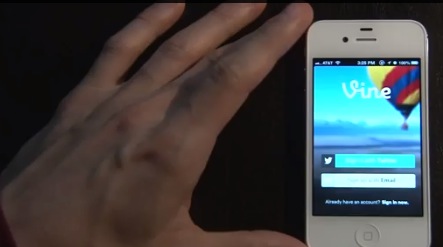 Sitting through a two-hour lecture isn’t exactly tailored to the 140-character attention span of today’s students. But six seconds? This could work. Vine is a six-second looping video app from Twitter that, at first glance, may seem like a big waste of time. But, just like Facebook, Twitter, Pinterest, and other forms of social media, it houses a hidden educational potential.

In fact, a 2011 study by UMass Dartmouth showed 100 percent of colleges surveyed were using social media of some sort. Check out the following five coolest ways colleges are using Vine as part of their social media campaigns.

Inside Look at Academic Accomplishments

Although evaluating an entire academic program in a six-second video is not recommended, Vine videos can be pretty interesting insider tools. Stanford’s Engineering program features its own Vine account with cool videos of student accomplishments, such as an autonomous flying robot from the Stanford Drone Games.

Among the seemingly endless piles of homework and textbooks, sometimes it helps to take a study break and see a few students who share your same struggles. Penn Foster just recently created its own Vine account, but the #pennfoster hashtag has been buzzing for months now. One user studying to be a vet tech posted a nerve-racking video of her having to learn all the bones, while another dedicated student celebrated the fruits of her labor by showing off pages of notes from a full day of studying.

Social media is an invaluable tool for students to start building their brand early in an age where two in five employers use social media to screen candidates, according to CareerBuilder. This evaluation tool can affect your professional opportunities much earlier. A 2011 Kaplan Test Prep survey revealed 24 percent of college admissions officers visited an applicant’s Facebook or other social networking profile to learn more. Twenty percent of admissions officers simply Googled the applicant as Career Builder revealed. Vine can be an excellent opportunity for students to build their personal brands both in college and in the workplace, so long as they keep it professional.

The main benefit of social media is — duh — socializing. But it doesn’t have to be all about dorm room parties and going to the clubs. Tons of academic and sporting events have been Vined in the last year alone, including the Dalai Lama giving a speech at the University of Portland, and the pre-game energy at a basketball game between Colorado State and Nevada. The University of Oregon even promoted its Bike Music Fest in six seconds of folk music and buzzing bike wheels.

Every college student knows higher education isn’t cheap, but not all of them know they could be doing more to increase funding and limit costs. Vine is an excellent outlet for promoting fundraising opportunities on campus, allowing other students to take charge of their education and earn more money for doing what they want. Duke University recently posted a Vine of groundskeepers and volunteers on campus working hard to maintain the school’s award-winning public garden, which informs students about how easy it is to get involved.

iPhone 6 Wish List: What Changes People Want in Next iPhone?