How Twitter Evolved Into a Customer Service Tool Over Time 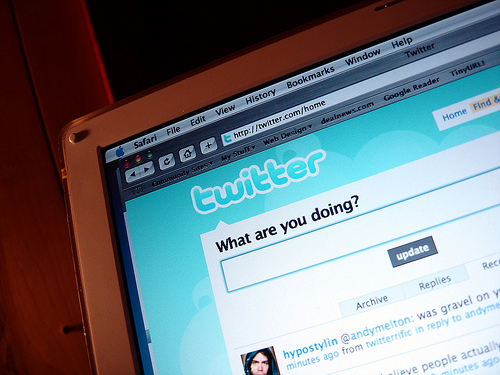 Twitter has come a long way from its humble beginnings in 2006. The 140 character limited social network opened up an interesting world that developed from its character limitations, creating an informal environment that broke down the boundaries between company and customer.

The short amount of characters does not give the space for a strict, formal answer to the customer, making this engagement tool one that truly allows your company to connect to your audience.

It wasn’t until 2008 to 2009 that Twitter truly began to take off, leaving it with 500 million users these days, according to Expanded Ramblings. Since Twitter has a culture of users tweeting about everything and anything that crosses their mind in an electronic, clipped stream of consciousness, it makes sense that people would air their dissatisfaction with services they have received.

Instead of sitting on the sidelines and watching your customers complain on a prominent social network, take the initiative to fix the problem right there and then, under the public eye.

Hashtags and trending topics are two of your main tools in finding out about people talking about your company. You search for your company tags or keywords related to your products and industries to see what the conversation is about. If you did really good, or really horrendously, you’ll even end up in trending topics that are shown across the entirety of Twitter. Identify as many keywords and hashtags as you can that relates to your industry and keep an eye out for anyone who seems to be having difficulties with your products or services. According to InternetProviders.com, having a good business Internet package allows you to stay on top of the latest tweets and trends on this site.

Interacting with Your Customers

Forbes recommends going through all of your @’s and responding to everyone who talks to you. You never know who has influential friends on Twitter, and you may get a high volume account that needs help. While people who are upset enough to complain about your company on Twitter might not be in the best of moods, they can become your biggest fans if you end up fixing their problem.

You want to keep things polite but informal, due to the nature of this social media platform. Identify the problem as well as you can in 140 characters or less, and try not to respond in a large amount of tweets. Instead, get the basics and either address the issue, or give them a way to contact you so you can get them taken care of.

The Twitter site isn’t bad for using directly, but there are easier ways for you to track whether or not someone is attempting to engage with your company. Hoot Suite and Tweet Deck are two applications that give you large amounts of control and monitoring over multiple Twitter accounts, allowing you to set up customer service specific accounts to better suite your customer’s needs.

How Does a DDoS Attack Affect your Business?