Google’s Solve For X Conference: Ideas That Could Change The World

By Amritorupa Kanjilal Last updated May 7, 2016 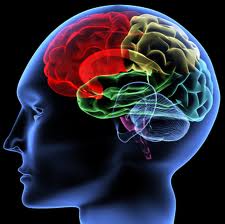 Trust Google to initiate a brainstorming that sounds too incredible to be real. At the recent ‘Solve for X’ conference hosted by the Internet and software giant at San Jose, California, over 50 brilliant minds came together to present and discuss ideas that could completely change the way you and I live our lives.

Images from the Mind

Imagine a technology that could directly project your thoughts onto a screen. Imagine what this could mean for people who are physically challenged, perhaps someone like Dr. Stephen Hawking, who struggle to express their ideas through speech. Imagine doctors being able to access the mind processes of patients who are catatonic or comatose. Mary Lou Epson, founder of the Pixar Qi Corporation, suggests that scanning devices such as MRIs can be used for viewing thoughts as they occur in the mind and  “pulling the image out of the brain, through the retina…as if the retina were a movie screen”

Omri Amirav-Drory, founder & CEO of Genome Compiler Corp, put forward his idea that synthetic products can be created from living organisms in the same way that tools can be created from a computer program. Genetic codes are not very different from extremely complex software codes. With the strides that we’ve taken in genetic mapping, it will soon be possible for us to write our own programs in the language of genetics, using living cells to read the code to create almost any synthetic life tool kit such as biodegradable plastic and biological sources of energy.

Microsystems in Your Eyes

Imperfect vision is a problem that’s affects a huge chunk of the world’s population. Millions of people are forced to use glasses or contact lenses just to get around. Babak Parviz, Mcmorrow Associate Professor at the University of Washington, feels that this can be played to an advantage. What if lenses were fit with heads-up display, more data, tracking facilities, and even internet? Parviz says we aren’t too far from making this a reality. As a myopic person, this is one innovation you can bet I’ll be rooting for.

The Science of Collaboration

Physical distances hold collaborative innovation back like nothing else. So is it possible to overcome the barriers of distance and bring experts together into the same room without moving them? Adrien Treuille, assistant professor of computer science and robotics at Carnegie Mellon, is more than hopeful on this point. He says that knowledge creation is moving out from the realms of big universities and corporations, and into the hands of individuals via the internet.

Education may be expensive, but it is still much cheaper than ignorance. That said, can we really afford to rely on teachers and organisations to ensure the education of the bilk of our population? Nicholas Negroponte, founder of MIT Media Lab, Wired Magazine, and the One Laptop per Child project, explains why we may not have to. According to him, teaching tools can be developed to be so advanced that they can help an individual learn without requiring any sort of outside assistance. These machines, that can be  accessed and used by anyone, look to change the face of education as we know it forever.

Electronics that Can Stretch

Processing has become incredibly fast in today’s world, and electrical packaging has been taken to minuscule limits. But Kevin Dowling, Vice-President of R&D at MC10, wants to take the Electronic Revolution to a whole new level by creating stretchable electronics. This could come as a much needed miracle for medical science, altering the way electronic appliances are inserted into the human body. Also, think about what it would do for ‘wearable’ electronics.

Making Water Available to Everybody

Three out of five people in the world do not have ready access to drinking water. However, if the enormous quantity of sea water on our planet could be tapped for drinking, this problem would be easily solved. Rob McGinnis, Co-Founder and Chief Technical Officer of Oasys, says desalinating sea water for drinking and using to irrigate crops may be a reality sooner than you expect.

The world is fast running out of resources to feed its population of 7 billion. We are facing worldwide starvation unless something is done very soon to solve the world nutrition crisis. David Berry,  Partner at Flagship Ventures and CEO of Essentient, feels that the solution lies in emulating the molecular structure of food to create and artificial food source that will do away with the intermediate stages and convert food directly into nutrition and calories.

The reason liquid fuels contain carbon is that plants absorb carbon in the presence of sunlight. However, at night, plants give off carbon instead of absorbing it. Mike Cheiky, President and Founder of CoolPlanet Energy Systems, has made it his mission to spate the point where plants release carbon, and convert the agri-waste to carbon negative liquid fuel.

What if a device inserted inside a patient’s head delivered the right drug to them at the right time, directly to the appropriate organ? Mir Imran, CEO and Chairman of InCube Labs, aims to develop a drug delivery technology that will make potentially harmful treatments and medication safer for patients, and will also ensure timely medication of people who are  prone to non-compliance, such as Alzeimers and depression patients.

Though transfer of information is now done at incredibly high speed, physical transportation remains pitifully slow, due to backward road conditions in many parts of the developing world. Andreas Raptopoulos, founder and CEO of Matternet, thinks that the use of a system of powerful unmanned aerial vehicles could cut the time of transportation from point A to B from days to minutes, thus revolutionizing industrial time and perhaps saving millions of lives by delivering medicines on time.

Cutting down on use of Power in Wireless Technology

What Anthony Sutera, communication entrepreneur, claims was an accidental discovery, is set to turn wireless technology on its head. Sutera’s innovation will reduce the use of power by wireless devices by half, or alternatively will allow double the range of usage at the same power. If you think of how much of today’s information transfer is done by wireless and do the math, you’ll understand what sort of difference this will make.

Neal Stephenson, writer, has an idea about how literature can contribute to scientific innovation. He points out that several inventions and discoveries in the real world have been inspired by science fiction. His suggestion is for people who can write to think big, let their imagination run wild, put whatever idea they end up with in a book, and let scientists figure out how to make it come true.

Today, the rate of obsolescence is so high that whatever smartphone you own right now will probably be ready for disposal by the end of this year. At this rate of incarceration of material, pretty soon there will be no raw components to make new gadgets out of. Privahini Bradoo and her company, Biomine, are developing ways to recycle used gadgets to solve the electronic resource crisis problem.

Juan Enriquez, Managing Director of Excel Venture Management, is currently working on the customisation of cells, by assembling simple, standard, interchangeable parts into them, to create off-the-shelf synthetic pieces of biology such as human organs. This is a technology that could save lives, give hope to millions of terminally ill patients, and bring about a wholesomely healthier planet.

The Agriculture industry is one of the most chronically mismanaged industries the world over. Yet, the survival of the human race is dependent on its success. Daphne Preuss, founder of Chromatin, considers the problem of making agriculture more efficient, a data problem, which she and her team intend to solve by data crunching and coming up with brainwaves such as planting cheap plants around important crops to protect against migrating birds and other pests.

Universities have today become more like regulationized machinery for churning out robots, rather that nurturing places for talent and innovation. If our educational institutions encourage us to think like sheep, a huge part of the talent is going to be smothered before it can breathe. Michael Crow, president of Arizona State University, aims to change education for the better by reshaping how universities run and how they treat those who think outside the box

The Power of a Proper Tune Up in Mesa, AZ

How Do Florists Keep Flowers Fresh

Want To Trade in Shares? Open A Demat Account Now

How to Sell on eBay

Scientists use Earth as proxy for detecting signs of life on…