An Instant Expert Guide to Phablets 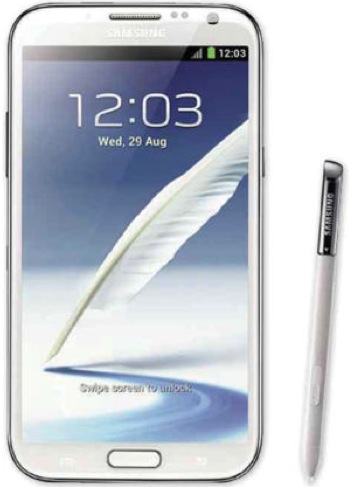 What do you get if you cross a phone with a tablet? Yes, you’ve guessed it. In this post we tell you what you need to know about these new devices.

Q. THAT’S A HORRIBLE WORD. WHAT ARE THEY?

A. We’re not keen on it either, but it’s probably here to stay. Phablets are phone-tablet hybrids, with screens usually sized between five and seven inches. They’re becoming increasingly popular, with some analysts forecasting sales of over 60 million in 2013.

Q. WHY WOULD I WANT ONE?

A. Because they’re just about small enough to fit in your pocket, but give you a bigger screen than phones on which to watch videos, write emails and read text. If you’re happy with a 5-7in screen, then you’ll come to regard phablets as pocket-sized tablets. We think that’s their chief appeal, because holding one to your ear to make a call feels awkward.

However, if you plan to text more than call, buying a phablet could be a cost- effective compromise between splashing out on a phone and a tablet.

Q. ARE THEY MORE EXPENSIVE THAN PHONES, AND CHEAPER THAN TABLETS?

A. It doesn’t quite work like that. Because you can make calls on them, they’re priced in line with phones. So, for example, The Galaxy Note 2 phablet costs around £465 SIM-free, or £31 a month, which is much more expensive than the Galaxy S3 phone, and almost as pricey as a 16GB iPhone 5. Tablets, such as the £15916GB Nexus Z are much cheaper; but of course you can’t make phone calls on them.

Q. WHAT WAS THE FIRST PHABLET?

A. The 5in Dell Streak, which launched in 2010. But it didn’t sell well, and it wasn’t until Samsung launched the 5.3in Galaxy Note in October 2011 that phablets took off. Samsung sold 10 million of them in the first nine months.

Q. SHOULD I BUY THE GALAXY NOTE?

A. it’s definitely one to consider. When our sister title PC Pro tested the 5.5in Note 2 in October 2012, it said: “If you’re Q I; after a device to bridge the gap “between smartphones and tablets, this is as good as it gels”.

Q. WHAT’S SO GOOD ABOUT IT?

A. Its standout feature is the innovative S-Pen stylus (see main picture above), which you keep in a slot in the bottom-right corner. It works best with the built-in apps, which detect the stylus’s movement even if you only hover it above the screen. The Note 2 is fast too, beating the Samsung Galaxy S3 In PC Pro’s test, while the picture quality is “bright, punchy and has plenty of depth”.

Q. WHAT’S THE BEST SIZE FOR A PHABLET?

We think that anything above 6in is so close to a tablet that you might as well buy the Nexus Z Kindle Fire or ipad P-‘ini The accepted 5720 for phablets will probably settle down to between 5.5 and 5.8 inches. That said, Samsung has broken the rules with its new Galaxy Note 8.0, which is a whopping eight inches. You’ll probably look a bit daft making calls on it, though. In its First Look review of the Note 8.0, PC Pro said that using it as a phone is “very, very silly”, and you’ll only want to hold it up to your ear if “you’re keen on being laughed at in public”

Q. DOES ONLY SAMSUNG MAKE PHABLETS?

Q. IS THERE AN APPLE PHABLET?

No, but it can’t be long before one appears. After all, Apple responded to the popularity of 7in tablets by launching the iPad Mini, despite Steve Jobs saying it would never do so. Maybe Apple will think of a better name for them.

If you are in India you can also read our : 7 Best 5-inch Indian Dual Sim Phablets with Cheaper Price Tag (Below 15k)

Best 15 Apps you Need to Download for your iPad Mini