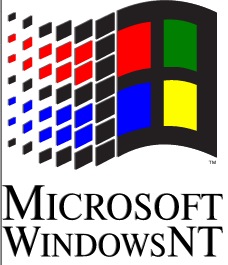 The main design goal of NT was hardware and software portability. Various versions of NT family operating systems were released based on this notion.

NT supported rich set of security permissions that can be applied to systems and services. NT supported Windows network protocols, inheriting the previous OS/2 LAN Manager networking, as well as TCP/IP networking (for which Microsoft would implement a TCP/IP stack derived at first from a STREAMS-based stack from Spider Systems.

The first version launched by Windows NT was 3.1. Windows NT 3.1 utilized 32-bit “flat” virtual memory addressing on 32-bit processors. It featured a core kernel that provide a system API, running in supervisor mode (ring 0 in x86; referred to in Windows NT as “kernel mode” on all platforms), and a set of user-space environments.

All these years Microsoft has put forward an great experience and competitiveness in the field of computing, it will stay for long. Here we salute the Microsoft team for their great efforts.