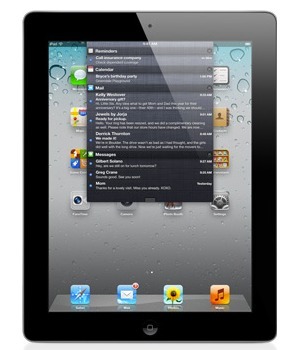 From tabbed browsing to iMessage, using your iPad is about to get a lot easier and more powerful

Apple is launching its latest mobile operating system, iOS 5, today. While most of the focus has been on the new features it will introduce on iPhone, the latest iOS will actually change the way many iPad owners use their devices. Here’s a look a some of the new features and changes that stand out.

3. Synched notifications Much has been made of the completely redesigned notifications in iOS 5 for iPhone, including the unobtrusive new Notification Center. This feature is present on the iPad as well, but another nice function is the ability for notifications to pop up on your iPad and iPhone lock screens simultaneously. Dismissing the notification on one device also dismisses it on the other.

4. Tabbed browsing The iPad’s Safari web browser is already great, but iOS 5 makes it better with the addition of tabs. These work just like on your desktop computer’s browser, allowing for quick switching between sites.

5. Browser reading list and reader view Blog posts and other stories you want to save for later can now be added to Safari’s reading list for easy access. When you’re reading a story, you can switch to the reader view, which pops up a new window containing a nice, clean text version of the story with pictures. 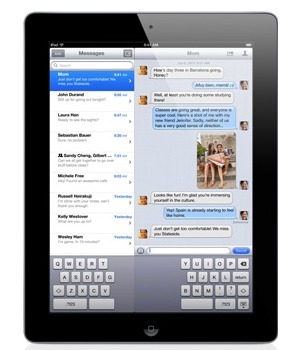 6. Texting with iMessage iPad finally gets in on texting with iMessage. This new app allows you to text with other iOS device users free of charge. Taking things a step beyond basic texting, it also features group messaging, read receipts, photo/video sharing, and the ability to see when other users are typing.

7. Photostream picture syncing The iPad photo app ties into Apple’s iCloud service in a great way. If you’ve got photo syncing enabled in iCloud, any images you take with your iPhone’s camera or save to another iOS device will automatically appear in real time on your iPad for instant viewing.

9. Newsstand This new permanent fixture of the iPad’s screen is where the device gathers together all of your news reading apps and digital magazines/newspapers in one place. Tapping the Newsstand icon expands rows of bookshelves on screen containing these apps. 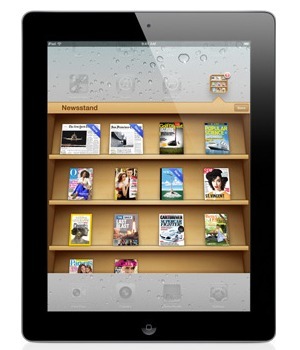 10. Typing shortcuts The iPad is a lot easier to type on than the iPhone, for sure, but iOS 5 makes it even easier to say what you want using shortcuts. With this feature, you can assign frequently used text, such as “see you soon,” to shorter trigger words, like “sys.” Typing these in any app will expand the corresponding text automatically.

12. Global dictionary Finally, tapping and holding your finger on any word on web pages and in most apps will open a popup menu containing the option to display the definition of the word. This feature actually originated in iBooks.

Power up your iPad
In addition to these major features, iOS 5 for iPad introduces a number of smaller tweaks and extra functionality to Apple’s popular tablet. Overall, the new OS is a huge update, with features that will make using your iPad easier, faster, and more powerful.