10 of the World’s Coolest Jobs 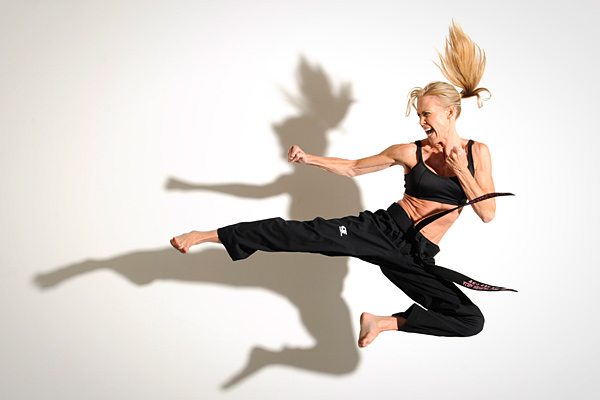 Do you just wait for the weekend from the Monday? Most of us will answer yes, which simply means that the job they are indulged in, is not the job they want. The job is just a means of earning. This kind of situation simply declines the statement “work while you play, play while you work.”

But, what if the day you starts at your job site, gives the immense pleasure which you are looking for with a lot of money? There are a big number of people who enjoy their profession. They just live their dreams while they are doing their job. We did find some people who are the real professionals of their field.

Rock climber Steph Davis climbs up the north face of Castleton Tower in Castle Valley, Utah. Yeah, she gets paid to do that. Spend some time here and find out 10 coolest jobs and get inspired by the people who do them.

Passion is the word behind most every different initialization. Performing stunts is no more a MEN’s job. Women are now rising as a new stunt star. Alisa Hensley is one among these new bies. She is an established name in the list of lady stunt performers. She has a long career in Hollywood; she is doubling for well-known actresses including Cameron Diaz, Nicole Kidman, Charlize Theron, and Yvonne Strahovski on the NBC series “Chuck.”Her career started with a free stunt performance, in a TV show. After this show, she came in contact with Stunt Coordinator Joni Avery who led her to the well known PAMELA ANDERSONs show, V.I.P. There is nothing she can’t do, say it be martial arts, ride motorcycles, fence, shoot firearms, rock climb, rappel, swim, and many different forms of falling.

How will you define a dream job? Probably Russell James may define it by referring to his own job. Russell James. Taking pictures of lingerie models, working barefoot, and having your work showcased in every Victoria’s Secret store in the world for everyone to see, is all about his job.

His popularity can be estimated by the fact, that he has to keep 25 others on his pay roll plus supermodels he works with for operating smoothly and efficiently.

His clients defines his job as to “make the girl feel sexy and beautiful, without being weird”,

He has been first noticed by Ed Razek, the creative director of Victoria’s Secret, when he took a picture of Tyra Banks that ended up on the cover of the Sports Illustrated Swimsuit Edition. 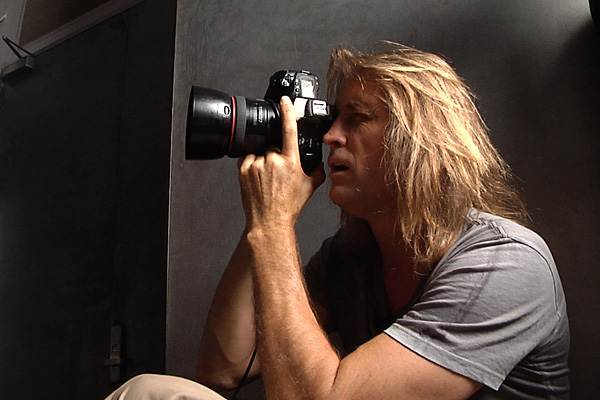 Nothing big in this world can be achieved without a passion. Dylan Lauren, is the one who have achieved her desired destination. She always wanted to do something different right from her childhood.

All just got started in 2001,when she opened the Dylan’s Candy Bar location in New York. While pursuing her graduation from Duke University, she got her inspiration from the,”Willy Wonka & the Chocolate Factory.”She has travelled a long way in search of the world’s most exciting confectionery creations. Acc. to her, the candy store she has opened is her so called “Disney World with candy”.

There are Dylan’s Candy Bar locations in New York City, East Hampton, and Roosevelt Field in New York; Houston; Orlando; and, coming in 2012, stores in Miami and Los Angeles. The stores employ 206 people and sales for 2011 are expected to hit $25 million.

Not only candies but other apparels, fashion symbols, even some candy themed household items are also available here. 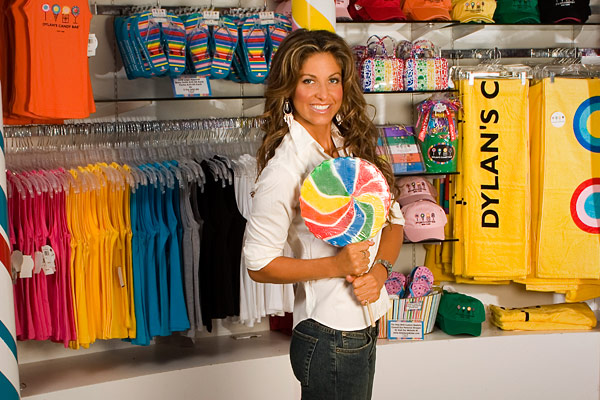 A Marine Biologist, A Filmmaker, An Inventor…Greg Marshall the Vice President, National Geographic Society, Remote Imaging wing is an extraordinary human being having great perfection in his field. He has a 25 yrs experience with oceans; he is the winner of two Emmy awards. But above all he has given “National Geographic Critter cam” to the scientific world.

In 1986, while having an encounter with a shark, an idea about such a camera striked to his mind. He then developed a small camera which can record the behavior of sea creatures in situations where a handheld camera could never go.

In 2003, Greg and his team deployed the first land-based Critter cam on wild lions in Kenya, capturing remarkable new images and ushering in a new era of behavioral science. 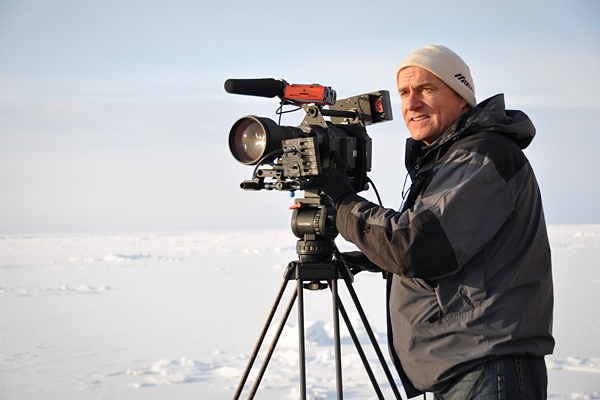 Jennifer Glanville, her job is just to drink even in the morning. There’s a tasting every day at 10:30 a.m., and unlike in the wine world, where professional tasters spit, Glanville and her brewing compatriots swallow. This is the best way to test the finishing of the beer, she says.

“My bad day at work is probably somebody else’s best day,” Glanville said.

It is not as easy as it appears. It’s a lot more than just drinking. A lot of work and passion goes into brewing craft beers for The Boston Beer Co., the maker of the Samuel Adams line of beers. It’s Glanville’s job not only to ensure the quality of the beer being made, but to come up with new flavors and new ideas that take traditional styles and turn them on their head.

She is quite hard working in perfecting what might be her favorite brew yet.

“It’s a match made in heaven, I guess, because I’ve been here 10 years,” Glanville said. “It’s hard to imagine what else now would fulfill me.” 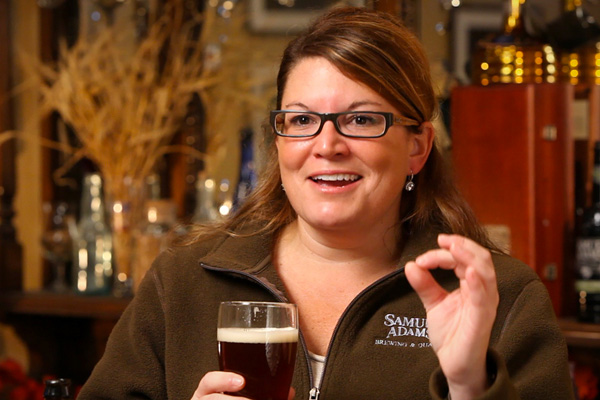 Nathan Sawaya, A Brick Artist is one of the passion lovers who even dropped his six figure salary. Being a lawyer; he was quite a successful professional. One day he just got into his boss’s room and quitted his job to live his passion.

He then made himself committed with the plastic blocks full-time.

Today, he is a “LEGO certified professional” whose work can be seen around the world in museums and fine art galleries. His work was even featured in the annual Neiman Marcus Christmas Catalog, offering customers customized, life-size sculptures of themselves or their loved ones.

Replicas of the libraries famous marble lions, Patience and Fortitude is his recent work which has been gifted to The New York Public Library. The half-scale sculptures took more than 60,000 legos and have an estimated value of about $30,000. 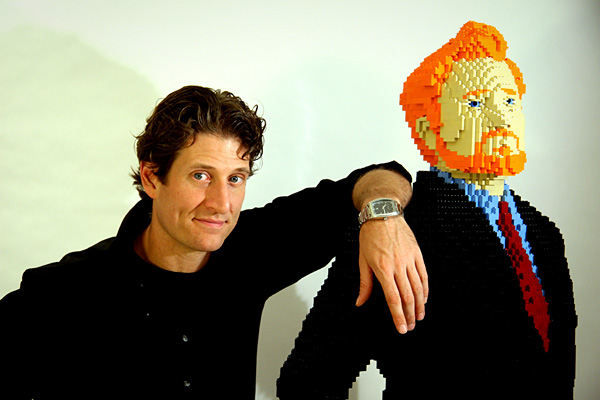 Not only to play instruments, how to be a leader is the lessons which are being taught in the Detroit Public Schools. These schools have got a extra ordinary music teacher, Victoria Miller.

“The time is so hard that the school kids need somebody to tell them the difference between to do and not to do.”-these are the words of this teacher. She sees it as her personal duty to give these kids a chance. For these students, spending time in band practice means less time in the dangerous Detroit streets. For some, it’s been a life saver. She just tries to keep them out of danger.

One day, a student’s friend was murdered while the student was in band practice. After that day, Miller is thanked for saving his life. The student thanks by saying as “The best teacher I ever had, period.” he said. 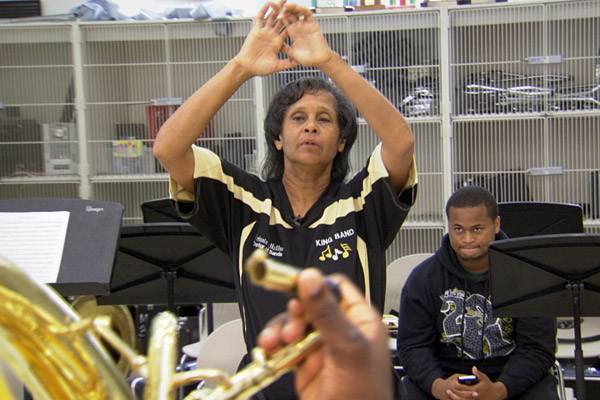 Searching all over the world to find the coolest and most powerful cars around. The duo of Mike Prichinello and Zac Moseley (Owners, Classic Car Club Manhattan) is running a car club with more than 300 members to drive the amazing collection of cars either on their own or as part of events, such as skeet shooting, road rallies, and visits to sports parks.

Some more clubs are proposed to be opened in Miami and Los Angeles. Though they love speed and glamor, they fulfill their duties such as paying insurance policies costing $20,000 a year, dealing with accidents, overhead, and the dreaded state motor vehicles department. 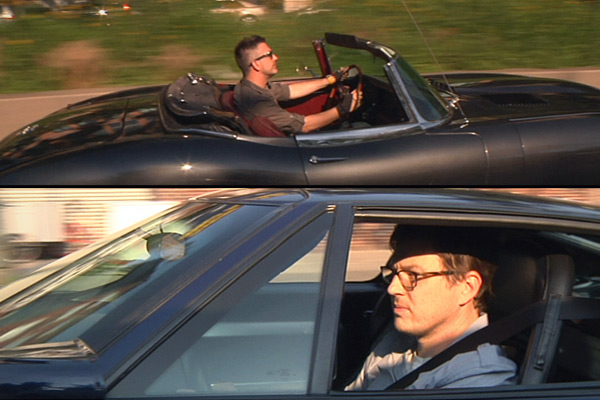 Surf board designs somehow enhance your joy to surf with the waves. Ryan Harris has got a responsibilities of developing world’s first of its kind, ecofriendly surfboards. He surfs them also to test his creations.

“I get dirty like a five-year-old every single day, covered in dust, covered in resin and then get to clean up and go home and then do it all over again,” Harris said. “I love it. Wouldn’t trade it for the world.”

It all started in May; 2011.Harris with his friends opened their shop. Now they are selling a short board for $600.That’s a bit expensive than a normal material non Eco-friendly board.

Harris handcrafts all the boards in his Hawthorne, Calif., production studio. Firstly the design is finalized. After that, Harris crafts the basic board, adds natural resin, and then bamboo in order to make the board more flexible, and then he vacuum-bags it. Finally, it goes into the “hot box” and by 6 a.m. the next morning it’s ready for the fins to be added. 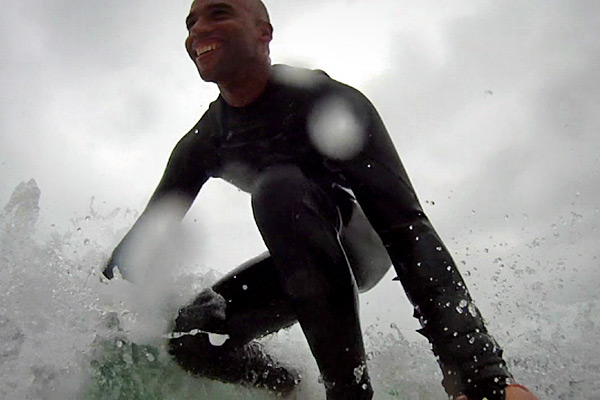 Isn’t it adventurous to climb a rock without rope? You must have wasted some of your complete weekend in climbing rocks, but Steph Davis is the lucky person to do this daily. The 38-year-old Moab, Utah, resident on a typical day will climb up a sheer rock face hundreds of feet high — without ropes — then casually jump from the top, coasting back down to earth using a small parachute. She also jumps out of planes. For Davis, rock climbing started as a hobby in college. Making it a job stemmed from her figuring out what she really loved, rather than “getting bogged down in what job” she should be doing and how much money she should be making. It’s about living your passion in your own way, she says. Her job also helps her to examine the larger questions in life and deal with fear, not by just trying to overcome it but by being aware of it and working “alongside it rather than being controlled by it.”

She has got a lot of sponsor’s paying out with 80% of her total. She’s established relationships over the last 20 years of climbing with Well-known outdoor brands like prAna, Clif Bar, Mammut, and Back country.com. She’s also a scholar with a master’s degree in literature and is presently working on her second book, “Learning to Fly,” slated for publication sometime next year by Touchstone/Simon & Schuster. 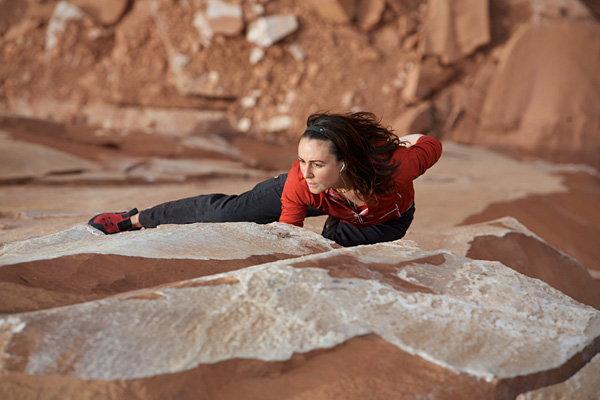