The global video streaming market is expected to grow from US$30.29 billion in 2016 to a whopping US$70.05 billion by 2021. With livestreaming proving a popular and effective medium, it’s well poised to claim a significant slice of that pie. Four out of five people say they’d rather watch a brand’s live video than read their blog posts. Two-thirds say they’re more inclined to buy event tickets after watching similar events on livestreams. As livestreaming continues its rise, it’s important to understand this technology and what it can do for businesses and consumers. 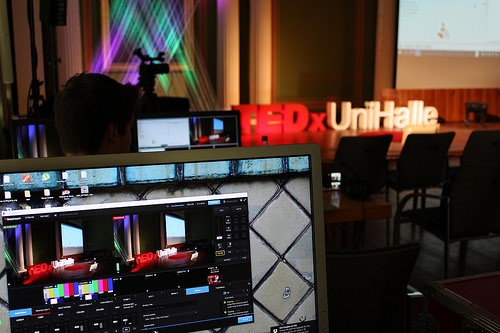 Livestreaming is the broadcast of audio, video, or, most commonly, audio and video, in real time over the internet. Viewers can watch livestreaming content via a computer, tablet, or smartphone anywhere they have an internet connection. They can also often interact with the stream via instant messages, social media posts, voice capture, or webcams. Livestreaming is often called livecasting.

Individuals and businesses can use livestreaming for a variety of purposes. Musicians can broadcast performances, whether they’re intimate shows in their home or large stadium gigs, to fans. Celebrities can update their fans on their latest projects and offer insights into their personal lives through livestreaming.

The Benefits of Livestreaming

Livestreaming has several benefits for the individuals and businesses broadcasting streams as well as their viewers. As mentioned above, livestreaming is popular among online users. That makes it a more effective marketing tool than writing blog posts, for example. When viewers enjoy the way companies market to them, they’re more likely to become loyal customers and brand advocates.

Livestreaming also helps individuals and businesses reach a wider audience. Significantly more people can watch a concert online than can finds seats in a venue. They’re also not limited by their location. This makes it a great way to capture the interest of people outside major cities. A popular livestream can increase an event’s audience by hundreds or even thousands of people.

Livestreaming is also reasonably affordable. It’s much more cost-effective for a company to launch a product in its office to an online audience than stage a major public launch.

The interactive element of livestreaming is also beneficial for livestream creators and viewers. People and businesses that stream content get to learn more about their followers, which they can use to improve. Viewers also love sharing their opinion and feeling heard by their favorite companies and public figures. Interacting with livestreams makes them more engaging.

The Technology Behind Livestreaming

A camera and microphone capture the video and audio that typically make up a livestreaming broadcast. They transmit this information as a data stream through a streaming server. The server also encodes the data and compresses it to a manageable size. A stand-alone player or browser plugin decodes the information from the data stream and presents it as the livestream’s creator intended. The streaming server, information stream, and decoder work together so viewers can watch the livestream as it unfolds in real time.

Rules dictating the way data travels from one device to the next, called protocols, ensure the streaming data gets where it needs to go, at the right time and in the right order.

While these apps are effective, they restrict users operating within established platforms. Agora is different. It partners with its business clients, creating customized livestreaming solutions embedded within their existing or new apps and software. This allows companies to leverage on the popularity of livestreaming without sacrificing their own branding. It also creates a more seamless experience for users, as they needn’t leave the company’s website or app to participate in the livestream.

Agora is an industry leader in livestreaming technology. Contact the Agora sales team to learn more about how we can help your business harness the power of livestreaming.

The World of Remote Work