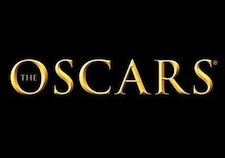 There are indeed some grand events that are anxiously waited for. The latest buzz is ICC Cricket World Cup 2011. Hope, if you’re not able to take the glimpse of your favorite team playing on your television sets then the 10 Ideal Sites To Watch ICC Cricket World Cup 2011 Online For Free I came up with a few days back is helping y’all. Some of you’re surely cheating on your bosses and checking the matches in between the work 😉 . But that’s fair enough. Anything for the World Cup, right?

What are you all planning this Sunday? Surely you don’t have great plans other than sitting in front of your television sets and enjoying the grand event. Yes, 83rd Academy Awards also known as Oscars 2011 will be presented on 27th February 2011.

Presented by the Academy of Motion Picture Arts and Sciences, the 83rd Academy Awards will be honoring the best films of 2010 at the Kodak Theatre in Hollywood, California. In all there are 24 categories. The show will be telecasted in the United States on ABC. Actors James Franco and Anne Hathaway will co-host the ceremony.

There are many who might be feeling bad for they have to be in the office and they fret missing the grand event. If you’re the one who is looking for the genuine excuse then guys, I don’t think you will feel the need anymore. Here, at Savedelete we ensure, you don’t miss any of your favorite event be it world Cup or the Oscars. Pinned below are the 10 best free sites will let you watch 83 Academy Awards 2011 online. You can check out and enjoy Oscars 2011 online and see if your favorite actor you voted for won or not and who steals the show. Enjoy!

Why miss the grand event when we have oodles of smart options. The 10 best free sites will let you watch 83 Academy Awards 2011 online. Let us know if you have some other cool site on your mind that would enable people watch the award ceremony online for free.

7 Major Features You Need To Know About In Latest WordPress 3.1 Version

Press Release : How to Write a Genuine One