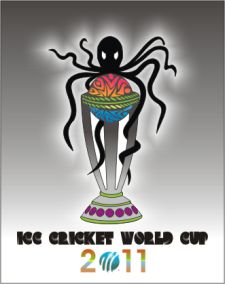 19th February, 2011! It’s the day that each one of us has been anxiously waiting for. Obviously, you all know what I’m talking about. The most awaited ICC Cricket World Cup 2011 was scheduled to begin on this day. Finally, the day has arrived when the people obsessed with cricket will make sure they complete their assigned tasks as soon as possible to sit in front of the televisions to watch each bit of the matches.

Cricket has always been an important sport all over the world and we just can’t ignore the craze for ICC World Cup Cricket 2011. People from across the world are excited, thrilled and amused. The grand opening ceremony made it pretty clear that the World Cup Cricket this year is gonna be the blast. First match will start on 19th Feb, 2011 while the final one will be held on April 2, 2011 at Wankhede Stadium, Mumbai. I’m sure all of you know that there are 14 teams from different countries that will be competing for the World Cup.

Which team do you think would be the proud winner? Well, time itself will tell, right? For now, I’m sure the biggest fuss would be not missing any match and major happenings. There are many cricket fans around the world who just don’t want but fear missing the matches because hectic day’s schedule won’t allow. Need not worry. Gone are the days when we had to bank on radio sets and televisions. Today, internet has an amazing range of options to let us check out the matches anytime, anywhere.

There are miscellaneous websites that will enable you to watch your favorite team play in the ICC World Cup Cricket eliminating the need to spare out time or make some excuse to your boss. If you’re the one not ready with the genuine sounding excuse, you need not try even. Why bother so much when web world has lots to offer for free. Here is the list of 10 best websites to watch ICC Cricket World Cup 2011 live online that too without shelling out even a single penny.

I have tried to list down the best free sites to let you watch the ICC Cricket World Cup 2011 online. However, if you feel i have missed out any good website, how about sharing it with others? Today, the matches begin and I wish all teams good luck. Hope you all have the rocking time ahead while you don’t miss your favorite matches.

Top 15 Amazing Blogs That Every Game Fanatic Should Follow

Press Release : How to Write a Genuine One