Mac users have grown accustomed to hearing people say, “Oh, you’ve got a Mac? Your computer is safe from any kind of digital threat!” That’s no longer the case, though. Hackers have begun creating viruses and other types of attack vectors that target Macs, and thieves love stealing them. 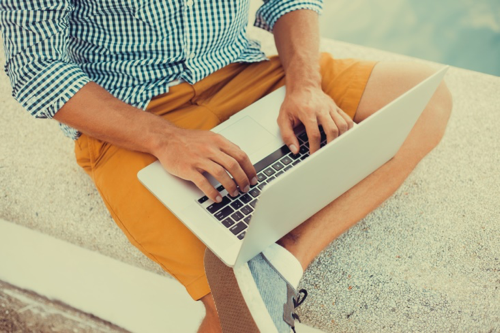 There are five things you can do to protect your investment: activate the firewall, enable encryption, use the best antivirus for MacBook Pro, install updates, and keep it safe with physical security measures.

If you play or watch sports, you’re familiar with the saying “the best defense is a good offense.” The same holds true with computers.

MacBook Pros have a built-in firewall. It defends your computer against attempted connections from other computers on the network. However, you’ll have to ensure that it’s activated — otherwise, it won’t protect you.

You can make sure that the firewall is on by opening the System Preferences and selecting Security & Privacy option. When you click the Firewall tab, it should read “on.” Otherwise, you’ll have to turn it on. If you want to control which apps the firewall protects, check out the Firewall Options.

Gone are the days when Mac users were few and far between, so it wasn’t worth hackers’ time to create viruses that would target those computers. Now, Macs are just as widely use as PCs, and that makes them more vulnerable.

However, vulnerability doesn’t mean that falling prey to a digital threat is inevitable. MacBook Pros also come with encryption software. When you encrypt your data, you turn it into an unbreakable code. A password that you set transforms the information back into something readable. The advantage of encryption is that even if someone steals your MacBook Pro, the thief won’t be able to access your files.

Activating the MacBook Pro’s encryption system (known as FileVault) involves a similar process to that of turning on the firewall. When you select the Security & Privacy option, the second step is to go the FileVault tab and make sure it’s on.

3. Use the Best Antivirus Software Available

Tiresome as it may sound, you can’t rely on Apple products’ former reputation of being so exclusive that hackers didn’t bother with them. Nowadays, you need the best antivirus for MacBook Pro on the market.

How do you know that you’ve purchase the best antivirus software available? There are five things you should look for:

PC owners constantly hear about how they need to keep the software on their machines up to date. The same advice holds true of MacBook Pro owners. 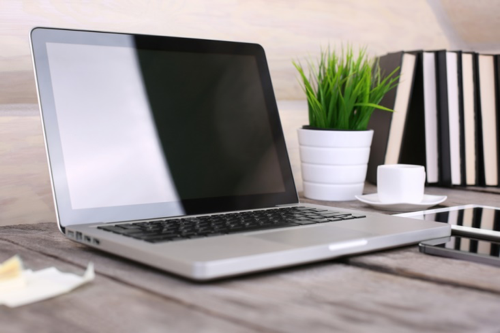 It’s critical to keep software updated. Out-of-date software leaves your computer vulnerable to viruses, malware, and other threats. An example of a threat that affected MacBook Pros and other Apple devices came to light in September 2016. The Pegasus virus let zero-day exploits loose that gathered users’ personal data. In response, Apple released updates to protect their products.

In the event of a threat that affects MacBook Pros and other Apple devices, Apple will push a notification onto their smartphones, computers, and tablets. Remember to install the updates — otherwise you system won’t be able to defend itself against threats.

Sometimes, the most powerful threats to your MacBook Pro aren’t lurking online. MacBook Pros are an investment, and they’re valuable to thieves.

Criminals wait for people to leave their computers unattended and then pounce. They know you can’t take your MacBook Pro with you everywhere. That doesn’t mean that you can’t take steps to protect your investment, though.

Purchase a lock at an office supply store. Locks deter thieves — it’s too much effort for them to break them open. They want an easy target. Wondering where the lock goes? All MacBook Pros have a special slot for locks.

Threats (digital and otherwise) aren’t inevitable. Keep your MacBook Pro safe with the tips mentioned above, and you’ll be able to use it for years.