Small, Large, Flexible? The Evolution of the Phone Screen Has Been a Wild Ride 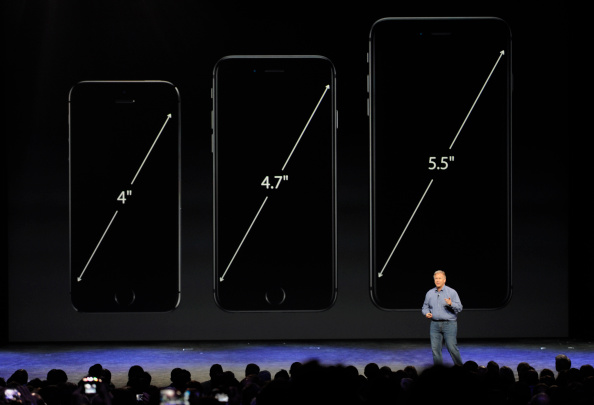 Ever since Motorola produced the first handheld mobile phone in 1973, developers in the industry have been striving to create the slickest offering and dominate the market. Trends have come and gone, but during each stage of the mobile phone evolution companies have stuck to creating similar offerings to one another. Initially, there was a scramble to create the smallest device. Then, there was a shift towards a larger screen in the smartphone era. Now, we could be moving towards flexible screens, handy for video and casino gaming. What have been the reasons for these major shifts?

Mobiles Wanted to be Miles Apart from the Early Breeze Blocks

The original mobile phones of the 1970s are often referred to as breeze blocks because of their size. The idea behind them was to have a portable phone for conveniently contacting people, but there was no chance that these devices were going to fit in anyone’s pocket or handbag. For this reason, developers initially tried to create the handiest offering possible. The first few decades of the mobile industry, therefore, worked towards smaller devices.

When the iPhone hit shelves in 2007 and led to the smartphone revolution, everything began to change. The App Store brought about a new style of mobile gaming, and the industry boomed. Online casinos had a huge part to play in this, as casino-style offerings like slots and roulette were perfectly suited to the pick-up-and-play theme of mobile games. Large casinos like LeoVegas are now designed with mobile play as a primary concern, highlighting how the smartphones industry has overtaken desktop. This rise of gaming has brought about the need for larger screens, so blackjack or League of Legends players can easily see what they are playing. One of the most recent releases, the iPhone XS, is 143.6×77.4×7.7 mm in size.

Flexibility Could Lead to a Happy Medium

With smaller devices offering greater convenience, but bigger screens being better suited to video and casino gaming, there was a need for developers to work towards a happy medium between the two. It seems that the balance may have been struck, with flexible phones right around the corner. Samsung is set to release the Samsung Galaxy Fold at the end of April 2019, and Huawei is preparing to bring out the Huawei Mate X around the middle of the year. Both smartphones have phablet-size screens which can be folded away into a much smaller device.

It has been a wild ride in the evolution of the mobile phone and it surely isn’t going to end with the flexible offerings. If there’s one thing for certain, it’s that phone developers are always going to come up with fresh innovations.

Recognizing Danger When You See It: These Are the Top 8 Most Addictive Drugs of All Time

Tips for changing money when traveling

All You Need to Know About Vape Juice

Back to School: Parents not yet ready to send kids