How to Record TV Shows using an Old PC 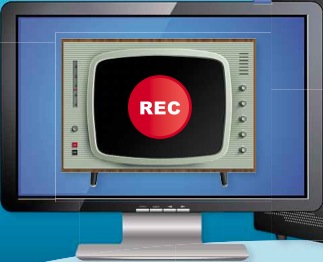 We explain how to turn an old PC into a digital video recorder to store all your favourite TV programmes. If you subscribe to any digital TV box, you’ll receive a DVR (digital video recorder), which lets you store many hours of TV, find shows to watch, schedule recordings (single programmes or entire series), and pause and rewind live TV.

But if you’re not keen on signing up for a lengthy contract, and don’t fancy forking out several hundred quid for a standalone DVR, it’s very easy to make your own out of an old PC. Here’s everything you need to know to get started.

The first thing you’ll need is a reasonably powerful old PC, either a desktop or a laptop. Bear in mind that if it’s too old or too slow, it may struggle to record TV shows without stutters or breaks. As a bare minimum, you should have a 1GHz processor and 512MB of memory, though a 2GHz processor and 2GB of memory would be better.

It’s worth considering a couple of inexpensive upgrades, such as adding more memory and a larger hard drive. The bigger your hard drive, the more programmes you’ll be able to store on it.

The size of the shows you record will vary depending on how they are captured, but a one-hour programme will typically use up around 2GB of disk space, so a 250GB drive should be ample for your viewing needs.

You could consider installing a Solid-State Drive (SSD), such as those from SanDisk because they are a lot quieter than mechanical hard disks. However, they also have a shorter lifespan and cost a lot more. If you plan to keep recorded shows, you should make sure your computer has a DVD writer installed, so you can burn programmes to disc, as well as watch regular DVDs.

To get a TV signal onto your computer, you’ll need a TV tuner. These come in the form of a card, which you install inside your PC, or an adapter that plugs into a spare USB port. Recommended manufacturers of TV tuners include Hauppauge and Terratec. If you’re on a tight budget, August International (www.augustint.com) has a selection of USB TV tuners with prices starting from £16.50 that you can pick up on Amazon. Ideally, you’ll want a device with twin digital tuners so you can record one TV channel while watching another. Some tuners come with their own antenna, but that rarely gets a good picture. It’s far better to get one that you can connect to a roof-mounted TV aerial.

Many TV tuners only display the incoming signal on the device they are connected to, such as your PC or laptop. If you want to view the live stream or play recorded shows on your TV, you’ll need a video card with a compatible video-out socket (HDMI or DVI), and a cable that will connect it to your TV.

You’ll also need a remote control. There are several compatible devices available and you’ll find plenty on Amazon and eBay. The remote should come with an USB infra-red receiver, but if it doesn’t, you can pick one up separately.

Finally, if your old PC is in a large beige tower, you may want to buy a new case so it blends in better with your TV and other home-entertainment equipment.

Step 2 : Which software to use

Windows Media Center, which is included as standard in the Home Premium, Professional and Ultimate editions of Windows 7, can be launched via the Start menu. It’s a decent piece of software for your DVR. See our Mini Workshop (below) to set it up.

If you’d prefer a dedicated alternative, we’d recommend Linux-based Mythbuntu. To set this up, download the ISO file from the website and burn it to CD or DVD using a program such as InfraRecorder.

Boot from the disc for the option to either run or install it. If your computer is going to be used exclusively as a digital recorder, select the second option and make sure you tick the setting to ‘Download updates while installing’. Mythbuntu cleverly lets you use an iPhone or Android device as a remote control. You’ll need to scan the QR code that appears during set-up to download the required app.

If you’re using Windows Media Center, you’ll need to configure some of the settings. Assuming you’ll be using your old PC exclusively as a dedicated digital TV recorder and media centre, you’ll want to have the software always run in full screen, which you can do by switching to Media Only Mode. This also hides the Minimize, Maximize and Close buttons in the top right-hand corner. Select Tasks, scroll to the right and select Media Only. You’ll be asked to confirm you want to do this. To revert to the standard mode, simply reverse the process.

There’s also a wizard you can use to adjust how Media Center will look on your choice of display (TV, monitor or projector). Make sure the software is running in full-screen mode and go to Tasks, Settings, TV and select ‘Configure Your TV or Monitor’.

Click Next and confirm that you are viewing it on your preferred display. Step your way through the wizard, answering questions such as the type of cable that connects the tuner to your TV and the width of your screen. It will adjust everything accordingly.

If your old PC is a little noisy and it’s hard to hear recorded programmes, you could try one or all of the following: replace the fans, switch to a Solid- State Drive, buy a nearly-noiseless power supply and change the computer’s outer case. Alternatively, you could pick up a DIY soundproofing kit from Quiet PC  to limit the noise.

How to Create your own free Wi-Fi hotspot