How Technology has given rise to Women’s Empowerment 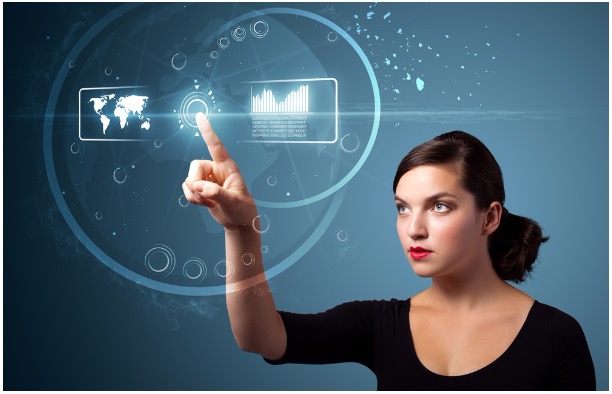 Technology is generally recognised as a great democratising force. It levels the traditional playing field into something more even when compared to socioeconomic stratospheres that typically divide the haves and the have nots.

That is because information, once a decentralised structure that was reliant on local publications, libraries, or other similar kinds of resources is now available to all with a smart device or computer linked up to the web.

Traditional lines of race, for instance, that might have once divided wealth and education levels, are no longer a barrier when it comes to access to information. This, in a nutshell, was the flattening out of inequality vis-à-vis access to recorded knowledge in the age of information.

Today, institutions like Harvard University, Stanford University, and Massachusetts Institute of Technology all offer free, online courses. Meanwhile, rural dwellers can suddenly have access to online banking – including getting loans that otherwise not have been made available – thanks to powerful e-commerce platforms. These are just two examples of how the internet has revolutionised typical power dynamics across education and the economy.

The Empowering of Women

Women are one of those groups that are traditionally under-represented when it comes to socioeconomic power when compared to their counterparts. That can be seen in wage disparities, as well as education gaps in developing countries. These female rights issues in the developing world is affect in large part thanks to crowd-sourced data, where evidence can be gathered for the propagation of violence against women.

Countries where institutionalised violence against women is entrenched is too common. Recent media reports indicate that the most grievous of these reports include places not limited to:

The Power of Apps

HarassMap is an app that allows for women to document incidents of violence against them in streets. This kind of activity would have been unthinkable ten or fifteen years ago, but here we are with evidence of sexual harassment, generating a discussion about how to protect women who are victim to this thanks to technology.

Similarly, social media platforms allow for survivors of sexual assault in India to speak out against their perpetrators. Lead by a group called ‘The Ladies [sic] Finger,’ the ‘Ready to Report’ online program enabled women to reach out and receive counselling and coaching whilst pressuring local governance to do a better job protecting women. It is the power of the internet that these kinds of new sites that can accommodate both men and women – remember that gay men are also harassed – and also bring new casino sites and other forms of entertainment with it. It is an all-encompassing vehicle of information, and it is up to us to use it wisely.

Take, for instance, the awesome story of the youngest Nobel Peace Prize laureate, Malala Yousafzai. Her story of defiance to the local Taliban who took a stand against women’s education in the Khyber Pakhtunkhwa region of Pakistan became an international movement unto itself. Her serving as an inspiration to young women the world over to expose and stand up to patriarchy led to her being the subject of a New York Times documentary, among other distinctions.

How was any of this possible? Thanks to the power of disseminated stories through the internet, Malala was able to detail an account of absolute oppression by Taliban attempting to stop a bus full of school children, specifically targeting female students. This was on a BBC Urdu blog, where she was able to detail other stories of what it was like living under Taliban rule for as a girl.

Top 5 Best PC Games That You Should Play Right Now

Thirteen Things That Nobody Told You About iPhone 6