How to Get Review for Your App?

If you are on this page, from a search engine, then I know what you are here for. Well Yeah you are looking for an app review, right? Or maybe you don’t know how to get Your app reviewed.

Yeah, you might have created an awesome app, but still not everyone might be interested in writing a review for it. Not even if they like the app, so well, you have to take the review out of them, and that’s what I am covering in this article. Read the following parts to learn how to get reviews for your app. 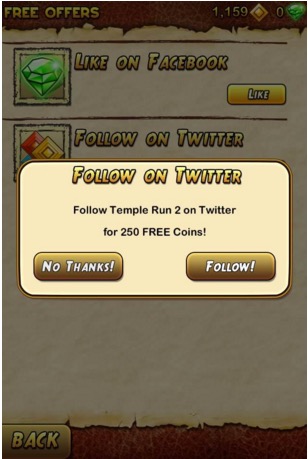 No, I don’t mean to say that buy reviews. Instead, what I mean to say is to ask them for reviews, either positive or negative. See, in the above screenshot, Temple run is offering them free coins for following them on twitter, right? So yeah  that’s closely related to what I’m talking about here

Well asking only for positive reviews might be illegal, but asking for honest reviews is not.  And for that give them an incentive, meaning doesn’t ask it for free. You nedd to giver reviewers something in return for it. For example, if you have an app which uses the point system or has some reputation level in, or just about anything else that you can offer, then give it to the users so that they get the stuff in return for writing the review.

In short, what I mean to say is give the users something in return for an “honest” review.

If you think buying reviews is not the best way out of it, you are wrong. Well,  yes I do understand they might not always be legit. But there are platforms which are legit and give you value for money.

In fact, I don’t like buying review from platforms myself, but there are certain platforms I can vouch for. Platforms  I have used, and have been happily satisfied. One such platform, I can stick my name out for is Best Review App. The reason I am vouching for them for is that, they leave a natural flavor with the reviews, nothing that looks to flashy a, of fishy,  but definitely looks reliable.

There are many platforms where you can buy app reviews from real app users, among which BestReviewApp is the best and most reliable one, you can take my word for it. This company owns tens of thousands real users in US, UK, and many other countries. Therefore, reviews for your app are real, which is very useful for improving your app ranking and installs. 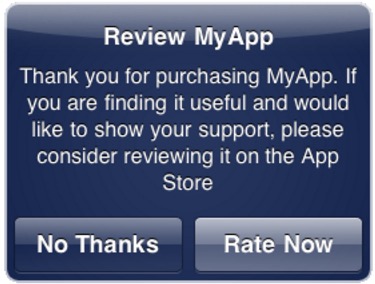 Ever saw one of those little pop ups that come up in your apps whenever you are using them, and ask you to leave a review? Well yeah, seems they actually work.  You can just integrate a kind of third party app plugin inside of your app, which will pop up after a certain kind of set period.

For example, you can make it pop up after the user has used the app a number of times, or the user has spent a certain amount of time with the app, or anything else. The only point is comma make the plugin pop up, and ask them to leave a review.

The benefits of getting this kind of plugin is that you will get the reviews from users who have actually used your app, and not just any Tom Dick and Harry out of the space. So yes, if you want your apps to be reviewed, integrate some kind of plugins inside your app asking them for reviews.

This is one of the cheapest, honest, and most reliable methods to get your apps reviewed. What you have to do is to run a  contest, or a Giveaway on any third party website or  your own site. What matters is to ask your participants to use your app and leave a review on your app.

So, that was about folks. I am pretty sure you have got an idea about how to get more app reviews for your apps, right? But still, if you want suggestion from my end,  I’d say go with Best Review App. Why?  Well just because they are fast, they are efficient, they look legit, after all, that’s all you want. Isn’t it?