How To Fix Blurry Fonts Issue In Firefox 4 Easily

However, other than fast speed and better looks, it has some quirks which has been reportedly issued by some of its users. I know that anything in this world can’t be perfect but at least we always try to make it better. Mozilla hasn’t come with any official blog solving or even stating these issues yet.

The most common issue and irritable one is Firefox 4 isn’t able to render fonts correctly that leads to the blurry fonts and not easily readable sometimes. Most of the users haven’t noticed this yet but power users of Firefox already known this issue and finding a solution of this problem.

But, you don’t have to research anymore – I came with a solution that will fix the blurry fonts in Firefox 4 quite easily. It’s very easy, you just have to download font called Anti-Aliasing Tuner that allows you to turn ClearType rendering for all fonts and fix the problem of blurry fonts.

There are various tweaks under the Add-on options that you can easily select by checking the box right in front of that tweaks. Some of the major things that you can do with the add-on is Enhance the contrast, treat blue, red and sub-pixels differently, anti-aliasing mode and rendering mode is also available with an option to apply different settings to different fonts.

It does come with a requirement that you should run 32/64 bit Windows 7/Vista platforms and having Direct2D/DirectWrite enabled Firefox 4. Check the screenshot of option windows below : 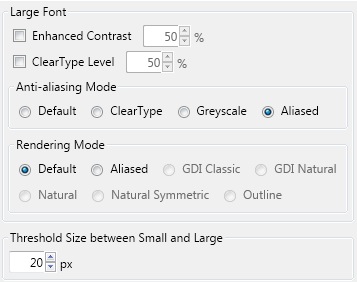 So, this is the simplest method to fix the rendering fonts issue in Firefox 4 till Mozilla not fixed in the next updates of its latest browser version. Though, this add-on just works fine and don’t need any other tweak to fix the blurry fonts.

If you too wanted to fix the blurry fonts in Firefox and want to enhance your experience with Firefox 4 browser, just go ahead and download Anti-Aliasing Tuner Add-on.

11 Great Sites To Create Your Own Comics Online For Free

How Much is Domain Registration Age Important for SEO?

Internet Things in time of crisis. Why is it so essential?

How to Call an Extension