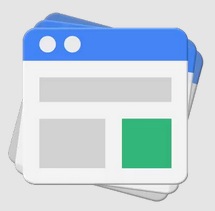 Google Adsense app has been launched by Google Inc. in the iOS app store, on Aug 5th 2013. The app falls under the Productivity category of the store.

Finally we have this official app, from adsense team, a real treat for publishers and bloggers. I love the idea to look into the app every few hours since i have downloaded it. We had to wait for this, but it was definitely worth the wait.

For me its a boon, as i rely on Adsense revenue, keeping my account handy will certainly make my day easier and more productive, as i can keep track very frequently now.

If you have a android device, then you already have the app in the Google play store as it was launched just last week.

Both the apps look pretty similar and keeping the app introductions one week away from each other, Google has really made mobile phone more productive and time saving. Android and iOS user will certainly get benefit from this Adsense App.

Android users may not have compatibility with all the devices, like Nexus 7 and HTC devices can’t download this app right now, but surely Google will bring their updated version everyone can have this awesome app.

Tell us, if you are a publisher how important this app will be for increasing your productivity?

18 more succumb to COVID-19 in Andhra