How to Go from Being a Casual Player to Pro 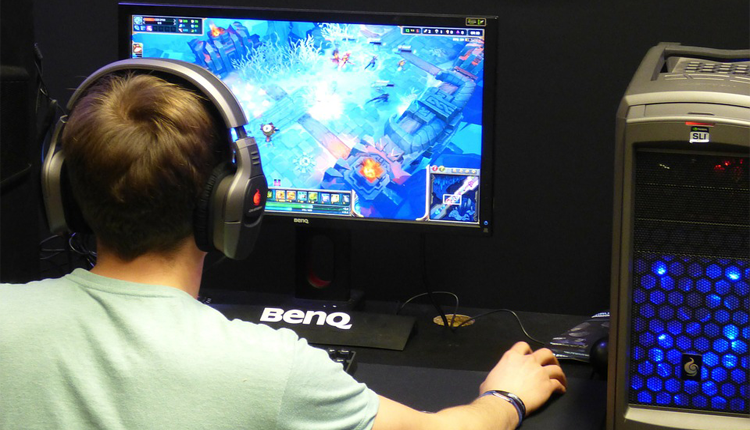 There are quite a bit of people in the gaming community. As time has went on, more and more people have joined the gaming community. This has became abundantly clear when you hear about the millions of units of consoles just sold within a year, or the millions of copies of different games that are sold. Of course, many people are just casual gamers.

Some may wonder exactly how you become a professional gamer. The real answer is there really isn’t a set way to become a professional gamer. Of course, you can try to get all the necessities, as far as the equipment required, and play for hours on end, trying to practice and become one of the best. At the end of the day, some people just naturally have more talent, and gifted abilities, in that area and are able to advance to a professional gaming level. Really, the only way you should really pursue professional gaming is if you seriously consider yourself skilled against most others that you play against. Otherwise, it isn’t usually the type of thing that you can really work towards. It takes a lot of money to travel to participate in tournaments. So, it’s only worth it, really, if you feel like you have a real shot at winning.

Like it was mentioned before, equipment is important in regard to professional gaming. You have to be able to afford the equipment. You need a good gaming mouse and mousepad at the very least. Then, you also need a decent set of gaming headphones with a good microphone, so that you can communicate effectively online with your team members. If you’re into RTS or MOBA games, then a really reliable keyboard is quite important to have, like a mechanical keyboard, because they tend to be very responsive. As far as popular gaming brands to look for, SteelSeries, Razer, Zowie, HyperX, and Logitech are some good names to keep in mind.

Now, if you are into FPS, like Call of Duty or CSGO, then you’ll very likely want to get a 144Hz gaming monitor. It allows you to react faster and gives you an advantage of targeting your enemies before they notice you. All major LAN tournaments usually provide these monitors, or the 240hz monitors, during the tournament. Gaming chairs can also be important if you’re serious about gaming.

Professional gaming has been around since the early 1990’s. The Internet really allowed this type of profession to truly blossom, because people were able to play online and challenge thousands of other gamers to find out how high they ranked on the leaderboards.

Like it was mentioned, professional gaming requires an extensive amount of gaming on a daily basis. So much time has to be dedicated to gaming. One big example of a huge amount of time invested sometimes in professional gaming is sometimes professional gamers, who play MOBA games, may end up with 15,000 – 20,000 in game play time. That’s not including 15,000 – 20,000 more hours invested in watching replays and live games and analyzing, and theorizing, about the game. There’s no way a normal gamer would ever even dream of spending that much time on a game

However, all of that time invested by professional gamers doesn’t go unrewarded, especially in events for MOBA games. In August, 2017, 18 Dota 2 players gathered at an international tournament in Seattle while more than 20,000 went to watch. Over 10 million people viewed it online while it was live streamed. The top prize was $10.8 million.

The amount of money earned just depends on the level they are competing at (like what tier) and also which game they are playing. For instance, a Dota 2 professional can easily make $200,000 – 300,000 a year. A Quake Pro, or Smash Melee, professional can make under $100,000 by placing top 3 in major tournaments across the world. However, participating in tournaments isn’t the only way for a professional gamer to get paid. In fact, many involved in teams online can earn a monthly salary. Top teams, like Liquid, EG, Navi, Optic, and CLG, etc, offer salaries to players. It is estimated that the top tier players on big teams can earn $200,000 or more annually from salaries and sponsorships.

Like previously mentioned, professional gaming takes up a substantial amount of time, and not just anyone can become a professional gamer. It’s one of those talents that only a select few are blessed with. For those, who do have the ability, they certainly have a chance at a bright future and can become quite successful financially.

Android Processors: Which Processor is Perfect for You