5 Virtual Assistant Apps That Work Just Like Siri for Android 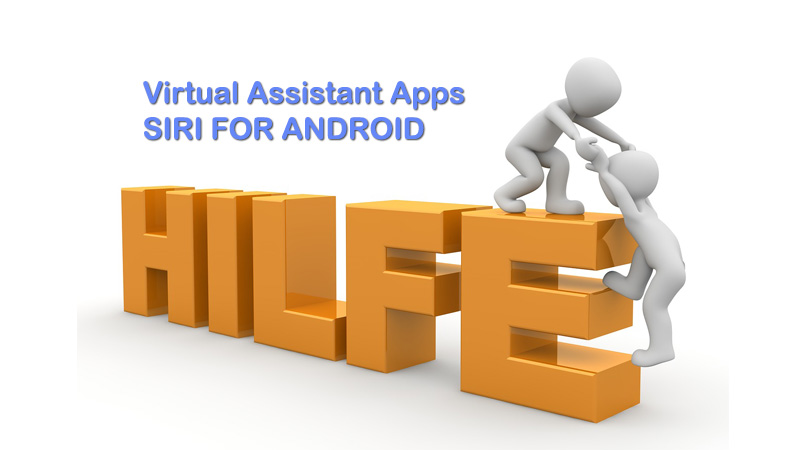 Siri, as you might know, comes with iPhone or an iOS device. Its one of the top virtual assistants that one could get a smartphone. With voice commands Siri will do many tasks like searching something on the web, scheduling a meeting, sending text, making a phone call and also current weather reports.

These are few tidbits of tasks that can be done without troubling your fingers. Android users don’t have to be disheartened as many apps are better than Siri and can work efficiently on an Android device.

Let’s check our the super alternatives to Siri on Android OS.

We are starting our top virtual assistant list of with non other than Google Now. Not because it’s from Google, but because it has your data, it can give you personalized results and also it can detect what are you looking for.

Setting meetings in a calendar, or setting alarms or may be a help with navigation and reaching somewhere Google Now can help you provide a complete over the line assistant on your voice command.

Skyvi has everything one could as in a virtual assistant, but one major problem we found in Skyvi is the speech recognition is not that clear.

You can tell Skyvi to make a call, read the text, get directions, find locations, check the weather forecast and many more things. It has a friendly interface, and it gives you some impressive result when you search anything with it. But it needs improvements and in time, I am sure it will work correctly.

Assistant is a free and one of the best Siri app for Android. It has all the facilities to helping you in searching a location from maps or sending invites or setting a meeting etc.

You will be highly impressed with the way this app has made itself, especially regarding interface and smoothness.

All the essential things are covered with this app like sending texts, making calls, setting alarms, scheduling tasks, but it’s not only confined to these simple tasks. You can set new commands to make the app learn and perform many new things as it memorizes or saves commands in a proper memory form.

It keeps on evolving and improving itself day by day. All you need is an internet connection, and you can ask whatever questions you have to AIVC (Alice).

Dragon Mobile Assistant has some great unique features like you can name it whatever you like to call it, and it can also work while the screen is off and locked.

There is mode that is called the Attentive mode under which you can control the device while its locked or the screen is off.

That’s it for now, we will be posting few more in time to come as we test them and as we get the reviews from the social media. Do tell us which of the above virtual assistants have you used before and which one have we forgot to add.

The Reasons Why We Love Android

Instant Play Online Casino – How to Find Them in Thailand?

Mistakes to Avoid During a 4WD Makeover

How To Choose The Right Broker For Long Term Investment?