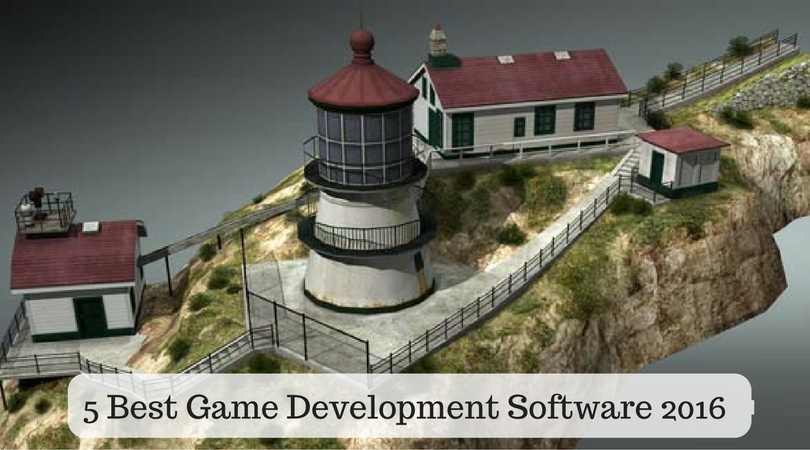 Have you ever wondered about how to create a game of your own liking? Well, there are many possibilities waiting for you through which you can create your own game.

When it comes to game creation, different avenues have opened up. It used to require deep programming knowledge, but today anyone can create their own game with simple means.

However, one thing should be kept in mind that even if it has become possible and straightforward to create a game, that doesn’t mean that it is easy. To create your own game, you need a lot of hard work along with dedication. In case you are ready to this challenge then we present you few of the free game development software that allows you to develop your own game from scratch.

This is a web-based game creation tool which consists of five separate sub-tools where each one of them is dedicated to a different aspect of game creation along with game types such as Retro Arcade, Physics Puzzle, 3D Adventure, Platformer and Classic Shooter. There is a Graphic Editor tool also present to create your own art pieces.

Using this software, you can develop different levels, inject items in those levels and also control the enemies. You will require a free Sploder account in case you wish to save your game and even share the games with other Sploder users who can find and play them.

These game development tools are rooted on Flash and use a drag-and-drop interface for ease of use. It can’t get better than this. This software is a perfect fit for those who are new to game creation and wish to learn various concepts and skills which are required to create a high-level game.

When it comes to the difference between this software and coding a game from the beginning, the major one is that the former one leads to 80% faster development time. With this software, you can develop games by simply using drag-and-drop or using its built-in scripting language, GML. You can also create an app which is compatible with your iOS or Android device, an executable which is compatible with Windows, or HTML5 to share your game on the web.

The software provides the flexibility which is sufficient enough to create different games of various genres such as racing, RPG, etc. However, this software doesn’t provide support to multiplayer functionality.

Construct 2 is another HTML5 game creation engine which is particularly made for the faster development of 2D games. While the typical flow of the game development can be a bit difficult for the beginner to get hold on to, it makes it quite easy by abstracting few of the concepts outwards. You can drag-and-drop things in different levels, add events and even insert behaviors to these things.

This software is quite intuitive and simple to use which leads the beginners to get used to the tool.

Along with this, a single project can be exported to different platforms and its HTML5 engine powers this software to allow immediate support for Chrome, Firefox, Facebook, etc.

Launched in 2005, but its 3.5 version in 2012 is the most popular one. It creates such powerful games that it can give competition to the quality of AAA titles out there. It provides support for various platforms such as Windows, Mac, Linux, Android, iOS, Wii U, iOS and even web.

This software provides intuitive support for beginners. Traditional game consists of multiple scenes and each scene can come with multiple game objects. These game objects can have a numerous number of scripts attached and these scripts determine their behavior and interaction.

Its major feature is its Asset Store. The users can create assets such as models, GUIs, tools, systems, etc. and that can be purchased and imported into your own project. This significantly speeds up the development phase.

This game development kit also known as UDK was launched in 2009. With UDK, developers can utilize its advanced features and easily reduce development and coding time.

This software is especially designed for first-person action games or FPS games which can be modified to any genre of game that you wish for. However, it will require a fair amount of work. This is a full development kit, and it means that it can be tough to beginners and can take some time to learn it and get expertise in it. Its engine is coded in C++, but the game behavior is scripted on Unreal’s own version of JavaScript which is called as UnrealScript.

Best Toilet Paper Rolls in India for the Year 2020

Best Male Masturbators Available In The Market | The Shopping Guide!

Simplify4me Apr 4, 2020 0
In today’s testing times, one thing we realise is the importance of health, which is the biggest wealth for us to…

Defence Minister Rajnath Singh chairs the meeting of Group of…

Another batch of 489 people, mostly students, were allowed to go home…

Employees of Bank of India distribute essential commodities among the…