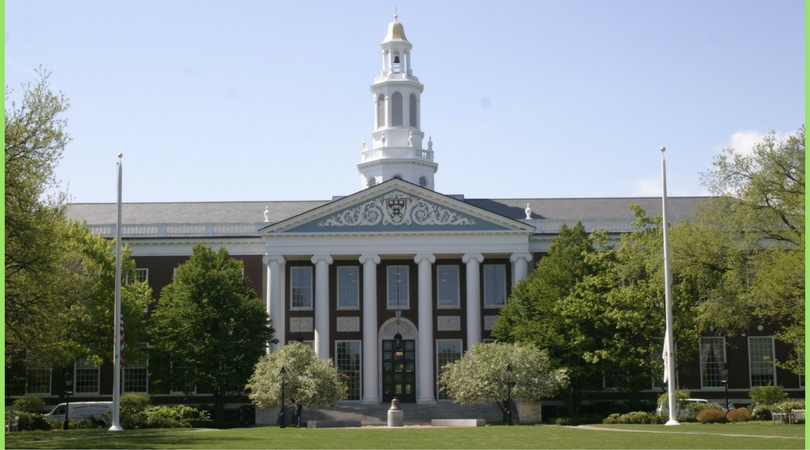 If you are looking for top business schools in our country then you have arrived at right spot. We have ranked business schools according to their reputation along with their quality education provided in their MBA programs. We have presented a more accurate picture of a business school’s position.

Founded in 1908, this school has become on the most popular business schools in the world. It has topped U.S. News and World Report’s “List of Best Business Students” in the US back in 2014. In its 100 years, the students and faculty of this schools has changed businesses all around the world which is mentioned in the school’s website. According to Bloomberg Businessweek , over 93 percent of its full-time MBA students get job offers with median salary of $120,700. Its alumni includes former mayor of New York Michael Bloomberg, ex-Goldman Sachs executive VP and CFO David Viniar.

This university’s well-established Stanford Graduate School of Business got top position in best business schools list by Forbes. According to Forbes, Stanford is quite selective school and its graduates are among the most demanded by employers. Its Knight Management Center was completed in 2011 with a cost of $375 million along with Schwab Residential Center. This school was founded back in 1925 and its alumni includes Time Warner Inc. CEO Jeffrey Bewkes and Nike president, co-founder and chairman Phil Knight.

Established in 1898, Booth School of Business is highly rated. Situated in Hyde Park Chicago, its campuses are present in downtown Chicago along with London and Asia too. It was the second business school to offer execute MBA and business PhD programs. According to its site, its discipline based approach regarding business education moulds students into an effective and respected business leaders who can take on toughest challenges. Its alumni include former U.S. Deputy Secretary of the Treasury Roger Altman along with CEO of Domino’s Pizza J. Patrick Doyle.

“Best Business Schools” list in 2013 by U.S. News and World Report placed this school at third position. This Ivy League school was founded in 1181 as the first business college which was linked to university and today it has campuses in Philadelphia and San Francisco providing education to executive MBA students. According to Bloomberg Businessweek, Wharton is considered highly for its intellectual leadership in various major discipline associated with business education. Its alumni include, Time Inc. CEO Laura Lang and new president-elect in 2016, Donald Trump. 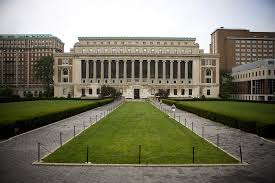 Established in 1916, this Ivy League college has earned a reputation of one of the best business schools in the world. It has deep tradition along with good connection with business leaders and financial insiders. Its faculty includes Noble Prize in Economics winners. As part of its full-MBA program, it offers executive MBA, masters as well as PhD degrees. Its median salary of graduates is $116,153. Its alumni includes chairman and CEO of Citigroup Global Wealth Management Sallie L. Krawcheck.

Sloan School of Management at MIT is based on the mission to develop principled, innovative leaders who go on to change the world and also create ideas that assist in advance management practice.

As per U.S. News & World Report, it is among the best business schools in the US back in 2014. It features several Noble Prize winners in Economics as its faculty. It offers undergraduate, MBA and Ph.D. programs along with executive courses. Its alumni include former UN Secretary General Kofi Annan along with President of Ford and CEO Alan Mulally.

This school is considered to be the home of renowned and research-based faculty which also have top MBA students from various parts of the world. U.S. News and World Report placed this school at the fourth position in its list back in 2014 as one of the “Best Business Schools.” It has finance and general management as most adopted major programs. It also includes part-time, executive MBA, JD-MBA along with other executive courses. Its alumni include Chairman and CEO of Target, Gredd Steinhafl.

Haas School of Business’s mission is to develop innovative leaders who have great concepts. Founded back in 1898 as the College of Commerce, it was renamed after its benefactors, Walter and Elise Haas in 1989. It ranked seventh back in 2014. It provides undergraduate programs along with full –time and part-time MBA, Executive MBA, Ph.D. and executive education programs. Its alumni include Donald Fishers, co-founder of Gap along with ex-Levi Strauss & Co. President and chairman, Walter A.Hass, Sr.

Fuqua School of Business was founded in 1969 in Duke’s University. It has a great reputation and Forbes ranked it eighth position back in 2013 in the list of Best “Business Schools.” Its main location is at Duke’s Durham, North Carolina campus. However, it has also started a campaign to open its facilities in Russia, India, China, UK and Dubai. It also hosts a Ph.D. program along with Masters and joint degrees. Around 90% of full-time MBA graduates from this school are offered with jobs at a median salary of $112,751. Its alumni include CEO of Apple, Tim Cook and Brian Derksen, deputy chief executive of Deloitte LLP.

Tuck School of Business of Dartmouth’s College, an Ivy League institution is located on the Hanover, New Hampshire campus which was the first school to offer MBA degrees on its education programs. Founded back in 1900, it ranks highly on MBA list all over the world. Back in 2013, it was listed the sixth position by Forbes. Tuck offers a blend if intimate feel with an international scope to produce high-quality leaders. Its alumni include, Peter R. Dolan.

Top 5 Best Graphic Design Schools in the US

If your computer won’t turn on